Title: SHOW JUMPING: Curran battles it out to win 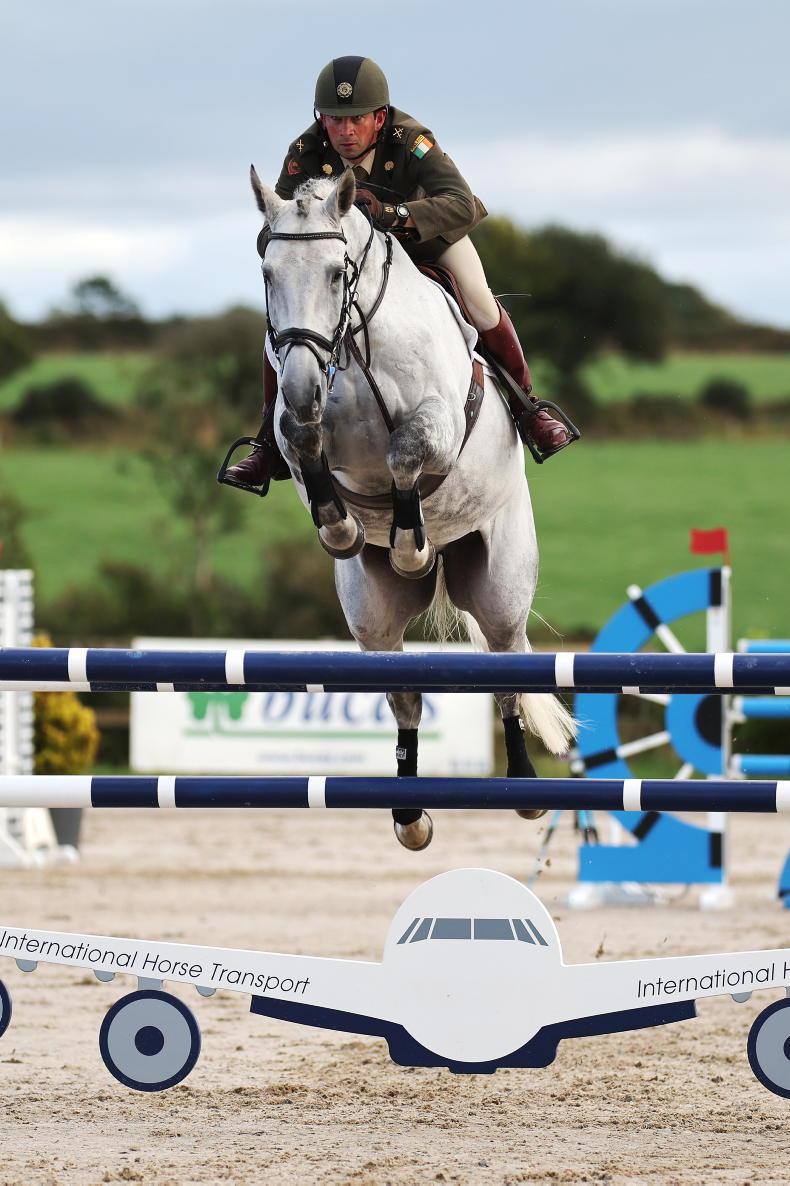 ACTION in the SJI Autumn Grand Prix continued at Sceilig in Cork last Saturday, with 23 combinations battling it out in the second round. Taking the win on this occasion was Commdt. Geoff Curran and Glengarra Wood, clear in 36.91 seconds.

A delighted Curran said: “It was great to have the win here today. It is a great venue and a great set of fences. It was my first time at this venue and I was very impressed. The course really suited my horse as it wasn’t too twisted. I took the inside line to the vertical and took a stride out to the double, and this is where I made up the time.

“Glengarra Wood is a really nice horse. He had been out for a break but he has returned in great shape. He had a good season in Europe and he finished sixth in Cavan last week. Our plan now is to travel to HOYS and then we will compete in two four-star shows in Europe.”

Previously owned by Lissava Stud (formerly called LVS Sportsfield), and bred by Mules Somers, Glengarra Wood is a 12-year-old gelding by Capitalist out of the Cavalier Clover Lad-sired Cavalier Forest. This combination has been in form of late having claimed sixth place in the 1.40m Grand Prix at Cavan Equestrian the previous week. On the European circuit, they clocked up a series of impressive results, including fifth place in the three-star 1.50m World Cup Table A in Prague and fourth in three-star Drammen Grand Prix.

From the original starters, six booked their place in the second round and from those, four double clears were delivered. In what was the inaugural National Grand Prix for the venue, riders were complimentary of the surface and of the course.

Waterford’s Gemma Phelan and ABC Ballycruise took the runner-up spot when they came home in 38.84. Owned by Victoria Foster, and bred by Patrick Kehoe, the eight-old gelding is by Cruising out of the Diamond Lad-sired Arctic Diamond. This combination has clocked up some good results this season, which includes sixth place in the Connolly’s Red Mills Munster Grand Prix the week before, fourth in the Iverk 1.35m Nissan Championship and a win in the Red Mills Munster Grand Prix at Cork Summer Show.

Not content with second, Phelan also took third with Limestone Briarhill Lui when she was clear in 41.95. Owned by Limestone Paddock c/o Jim Roberts, and bred by Anne Coyne, this nine-year-old is by Kings Cornet out of Briarhill Crusie (Luidam). Phelan took over the ride of the mare in March this year from Joanne McGuire who produced her up to 1.30m. Under Phelan’s command, the mare stepped up to 1.35m level in July and has proved very consistent. They finished third in the 1.35m Nissan Championships in Iverk and were sixth in the 1.35m at the Irish Breeders classic.

Francis Connors delivered the last double clear with the seven-year-old Carrigshawn Vendi Royal in 47.63 for eventual fourth. Owned by Connors and bred by John Warner, the mare is by Dondoctro Ryal K out of the Ars Vivendi-sired Carrigshawn Vendi. The combination finished sixth in the seven/eight year-old qualifier in Barnadown this year and before this finished sixth in the Gain Alltech Grand Prix at Cork Summer Show.

Young rider Robyn Moran put in a fast round with her seven-year-old Fortside Clever Candy, but with one on the ground, the Limerick rider had to settle for fifth. Owned by Fortside Farms and bred by Brian O’Malley, the seven-year-old gelding is by Sligo Candy Boy out of the Lux Z-sired Clever Queen Lux. This combination has a string of results to their name this season, including second place in the seven/eight year-old consolations championship in the Irish Breeders Classic, second in the Munster Grand 1.35m Grand Prix in Charleville and second at Limerick Clare show.

Things didn’t go according to plan for Moran with Cushlas Fryday as she suffered a fall, but she did take home sixth place with this mount. Owned by Vera Griffin and bred by John Peter Finlay, Cushlas Fryday is an eight-year-old gelding by Hector Van D’Abdijhoeve out of the Apache D’Adriers-sired Une Ardente De Vie (SF). Cushlas Fryday was Moran’s winning mount in her successful TRM Showjumpers Club Spring Tour campaign.

Winner of the 1.30m was Waterford’s Francis Connors who was riding the Michael Hayden-owned Primo Cino. The pair was fastest of seven double clears in 27.07. Lt James Whye and the eight-year-old Derrycush were over two seconds slower in 29.16 for second place, ahead of Seamus Hayes and the seven-year-old Kaliber (7yo) who came home in 30.04.

Slotting into fourth place was Tadhg Beecher and Loughnatousa KT, clear in 30.13, ahead of Gemma Phelan and the Baden Powell-owned Curraghraigue Jack Bro (6yo), who came home in 30.67. Seamus Hayes took another share of the prize fund when he delivered a clear with Barra Sweetnam’s six-year-old Uphoria Di June in 30.69 for sixth place. 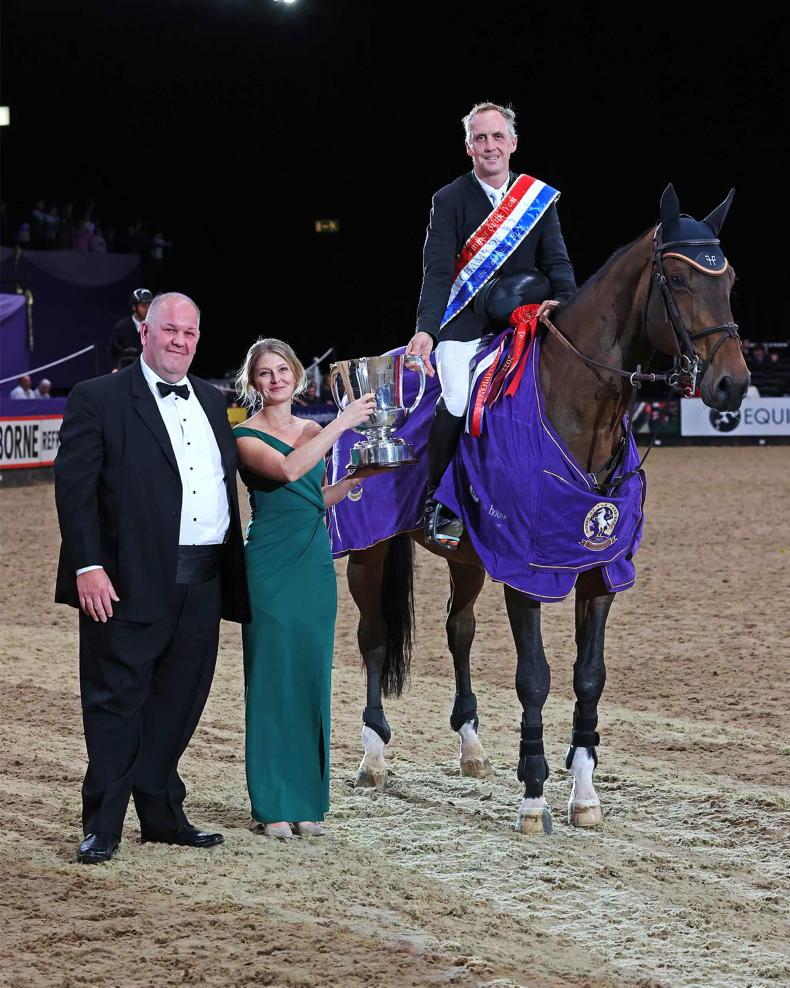 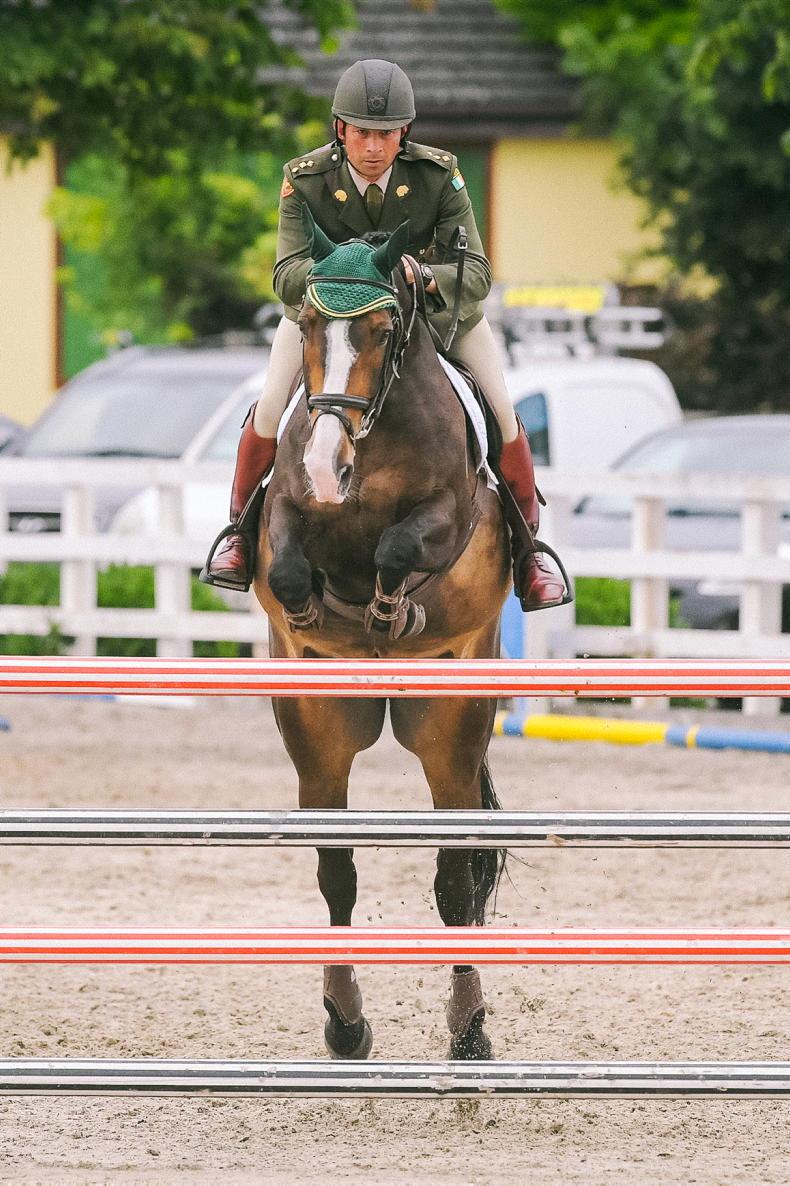 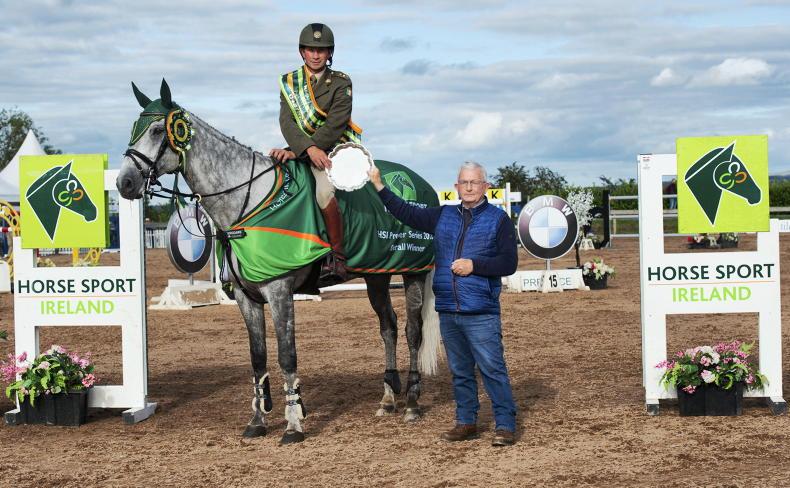 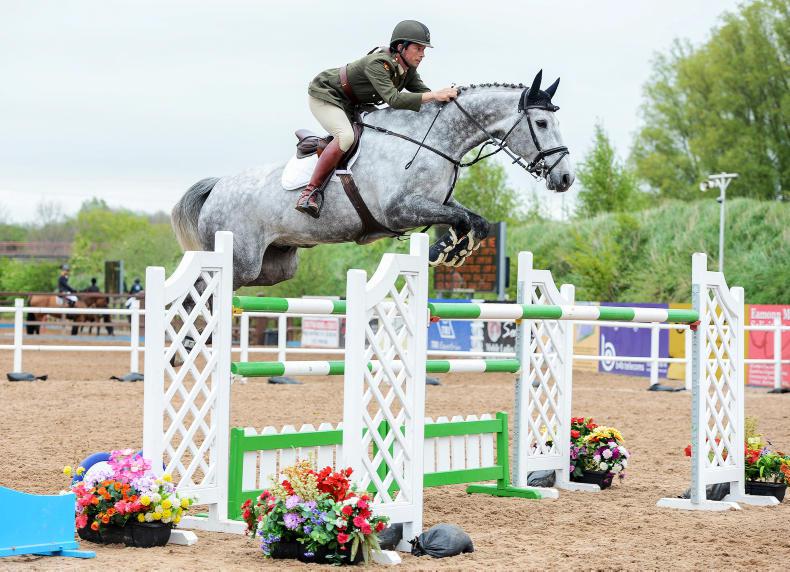