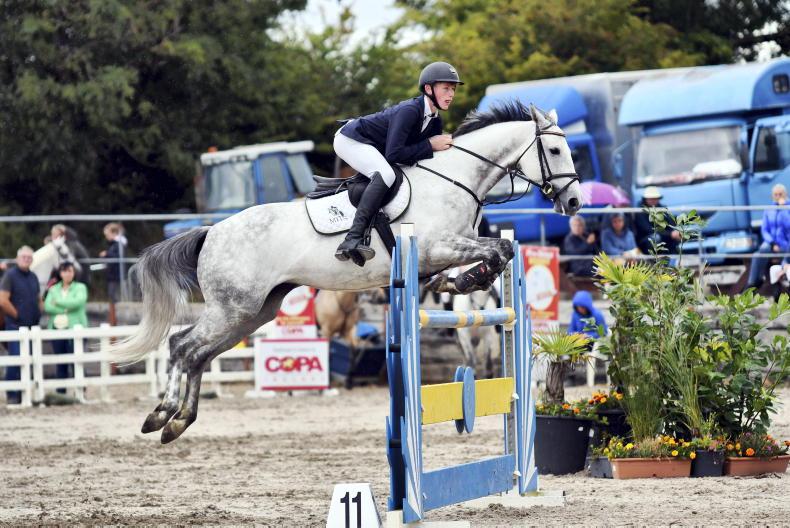 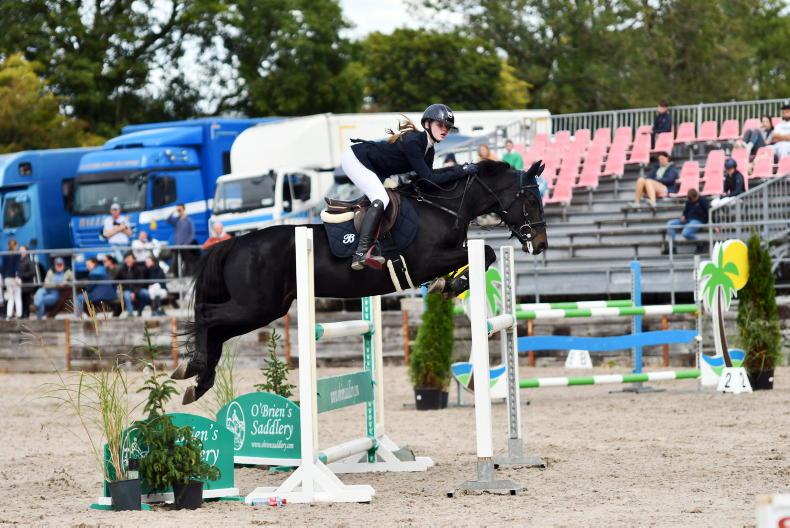 MARYVILLE Stables was the chosen venue for Munster’s turn to host the penultimate leg of the ESI & Hive Pony Premier League, as well as the Boomerang.ie Starfinder and the Bob Sweeney Future Champions.

There was a small field of just four riders for the ESI & Hive COH Premier class where Brid Ryan and Drombane Foxy Lady produced the only clear round to take the winner’s rug.

Next up was the ever-popular U10 class where 20 combinations made it through to an exciting jump-off over Paul Duffy’s long and twisty track. At 21 years old, King of Rock & Roll showed that he has no intentions of slowing down as he took the win with Ella Cash. Second place went to the consistent Lucy Kent with Milos and in third was Kate Hurley with Pallas Fondi.

Ted Fagan and Dooneens Electric continued on with their good form from the National Championships when they won the 128 Premier. Sam Widger came second with the eight-year-old Creevelea Fire Fox, a pony he produced to this level himself. Charlie Flynn meanwhile came third with Penchwintan Glynle.

After coming second in the Premier at the Nationals, Annie Boland and Mayfly Black Pennell went one better in the 138 equivalent. James Derwin and Ruby Brown took second with Ruben Foley and Mayfly Green Peter close behind in third.

European individual silver medallist, James Brennan came out on top of a very tight jump-off in the 148 Premier with MHS Glow. Anna White and the stallion Red Star Optimus were a very close second, with just over a tenth of a second splitting the pair, while Chloe Hughes Kennedy and HK Zena were in third.

The Boomerang.ie Starfinder went to Lauren Adams and Quintaira D Z, with Daisy McNamara half a second behind with MVS Carvelle and James Brennan once again in the ribbons, taking third with Coolcronan Liberty.

However, results on the day were put starkly into perspective as the news of Jack De Bromhead’s tragic accident filtered through to riders and parents alike at Maryville.

Jack was well known in racing circles, regularly flanking his father at race meetings, but he was an equally familiar face on the pony show jumping scene where he was ever present, supporting his two sisters, Mia and Georgia, his mother, Heather and his many, many friends with whom he enjoyed the banter and the craic of the shows.

Show jumping was Jack’s first love and he qualified his 128 pony, Back In A Flash, for Dublin last year, but racing was in the marrow of his bones and he found a new love in pony racing, where he was already starting to make an impact at the tender age of 13. “Always present, always cherished with so many memories from your packed, extraordinary life.”

Jack, you will be forever missed.