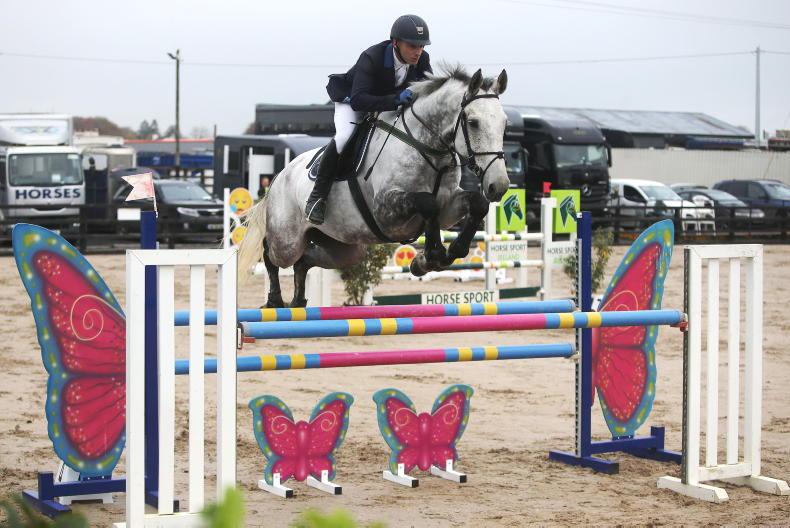 Another win for Inlaws Manolo

Owned by Sorcha Hennessy, the gelding is by Corland out of Helena De Va Lie (Lord Z) and was bred by Tomas Hester.

Some 33 started over the 1.20m track with 16 progressing to the timed decider. From the 11 who were clear against the clock, McConnell was the fastest in 19.67 and the only one to go below the 20-second mark.

Inlaws Manolo was ridden by Daisy Duggan as a five-year-old before McConnell took over last December and the pair has had a number of top results this season, including qualifying for the RDS National Championships in August.

Meanwhile, in the four-year-old HSI Autumn Development Series, 25 of the 38 starters shared the €4,000 prize pot after they produced a clear round over the 1m track.

Hughes Bravo on the mark

Marta Hughes Bravo guided Miss Belgium III, owned by her mother Marion Hughes, to win the 1.20m at the venue. Run as a two-phase class, she stopped the clock in a second round time of 19.78 seconds.

The junior rider then added the runner-up spot to her haul when she guided HHS Figero to a double clear round in 21.60.

Another junior, Robin Carey, was fourth with Perle D’Amour, while Edward Doyle and Billy Houston took fifth and Andrew Hodgins was sixth with Thornhill Jenny (Warrenstown You 2 x Crannagh Hero).