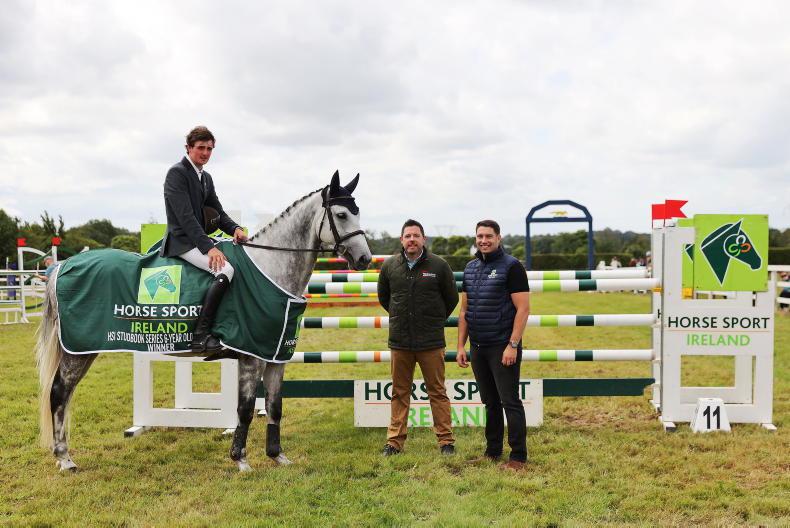 LVS GOLDRUSH H and Ethan Ahearne dominated in the six-year-old finals after a double clear round in a time of 39.32 seconds proved them best in the five-way decider. Owned by Dermot Walsh, the gelding is by Stakkato Gold out of Arcadia LVS Z by Stakkato.