Title: SALES: High-quality foals and embryos on offer at HorseSales.Auction 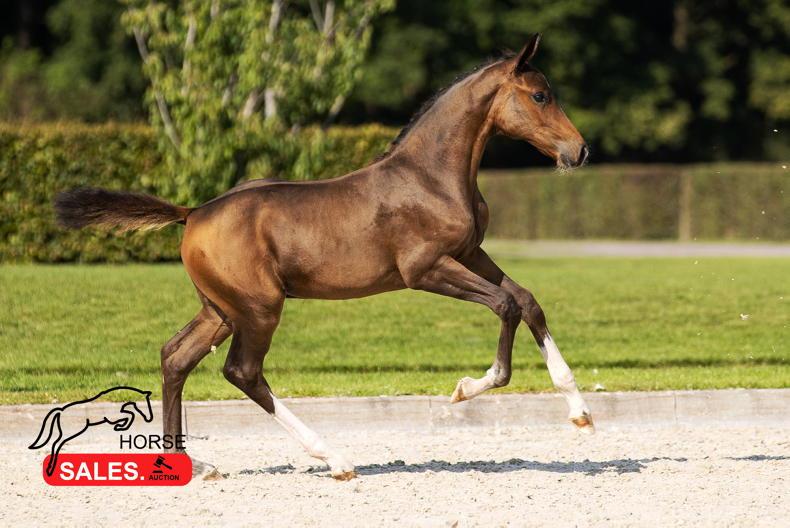 You can watch, bid, and buy online from October 8th-11th

The HorseSales.Auction has an impressive catalogue on offer with their last sale of the year. In addition to 24 foals, this time there is also 12 embryos. With five Chacco Blues, among others, the quality is already jumping off the screen. The embryo of Cumano out of the Grand Prix mare Valentina van t Heike will be in high demand.

“Not a full brother or sister. But a real Cumano from none other than Valentina van t Heike,” Chris de Heer said.

“This is why embryo auctions have a right to exist. Those who want to purchase something really exclusive can only get their money's worth in this way,” Chris de Heer continued.

The auction begins on October 8th. The other 11 lots are not inferior in terms of expected value. Chacco Blue is combined with the full-sister of Olympic Champion Big Star. With the Grand Prix mare Funky Music and with the dam of the Zangersheide stallion Kazan Z. Other appealing combinations are that of Eldorado van de Zeshoek out of 1.60m mare VDL Groep Tattoo. And a direct Heartbreaker out of Emerald's full-sister.

The high percentage of fillies is striking among the foals. No fewer than 10 from internationally proven families will be put under the virtual hammer. Future stock mares include Tangelo van de Zuuthoeve out of the half-sister of Zangersheide talent Dourkan Hero Z. A direct Toulon will also be included in the sale whose family goes back via Grand Prix stallion Arko III to the 1.50m classified Darcotique van het Meulenhof.

Watching, bidding, and investing is possible from October 8th-11th.