The three-day sale ended on Thursday with aggregate, average and median levels comfortably ahead of February 2020 figures, as was the clearance rate 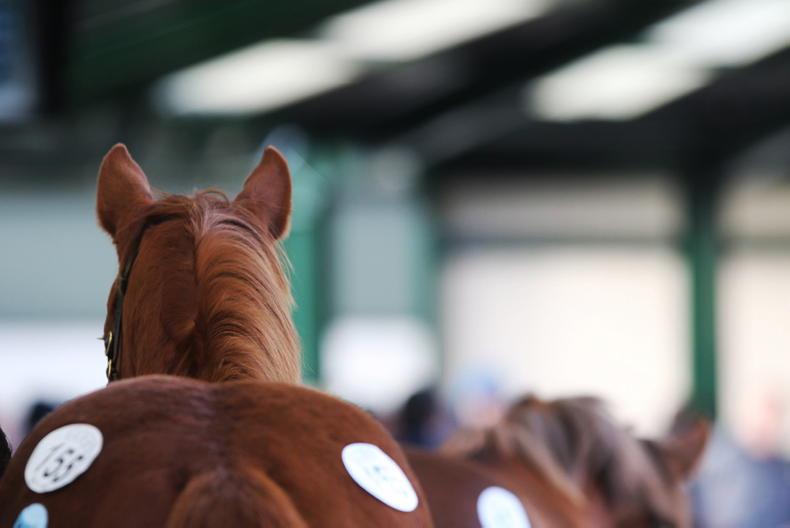 A much improved edition of the Goffs February Sale concluded on Thursday with across the board gains in all key areas and a set of final figures which compared respectably with any recent edition of this mixed auction.

Twelve months ago this sale was forced to take place in two separate parts in an online format, so comparisons with 2021 are neither informative or relevant.

However, a look back to 2020 which was the last sale at Goffs to take place before the Covid-19 pandemic took hold are instructive.

Two years ago the February Sale took in almost €4.1 million but that figure grew to just over €6 million from an offering of 40 more horses this week.

The final day of the sale, which was given over to breeding stock, was headed by the winning Giant’s Causeway mare Recife who was snapped up by the Meath-based Rathbran House Stud for €110,000.

This seven-year-old was sold with a prized Mehmas covering while she is a half-sister to a couple of classy North American runners in the Secretariat Stakes second Stormy Len and the Pilgrim Stakes runner-up Shadow Banking.

“She’s a lovely, young mare from a very nice family and she’s a daughter of a super broodmare sire while she was sold with a nice cover too,” declared John Rowe who manages the Slane-based operation.

Among the most prized mares on offer was the Godolphin-owned Belonging and she cost the BBA Ireland €90,000. This 12-year-old daughter of Raven’s Pass was sold in foal to Dark Angel and the listed-placed runner is the dam of two winners from three runners. Furthermore her siblings are headed by the Grand Prix de Paris second Desideratum.

Towards the end of the day Tally-Ho Stud were forced to go to €85,000 for Godolphin’s Panegyric who was sold carrying to Cracksman.

Already the dam of a listed-placed runner in France, this mare is closely related to the Group 1-winning two-year-olds Ultra and Modern Games.

A flurry of late activity produced several of the day’s biggest prices with Carlow-based breeder Seamus Byrne going to €90,000 for the superbly-bred Bridal Knot.

Offered by Seven Barrows and a half-sister to the King George and RSA Chase hero Might Bite and the dual Grade 1-winning hurdler Beat That, this daughter of Walk In The Park ran twice during her time with Nicky Henderson.

Just three lots later the BBA Ireland spent €60,000 on Holiday Girl who is a placed daughter of the Group 3 and listed race performer Bikini Babe who has already produced a Group 3 winner in La Barrosa.

Godolphin also offered those in attendance a chance to secure a classic winner in Full Rose and this daughter of Aqlaam cost the BBA Ireland €48,000. Full Rose enjoyed her finest hour when winning the 2015 German 1000 Guineas and she was sold in foal to Hello Youmzain.

The €50,000 mark was reached by a couple of mares with the second of these being the unraced Tates Breath who was snapped up by Ballybin Stud.

The four-year-old is a daughter of the top class American racemare and dual Grade 1 heroine Tates Creek.

Earlier Canirola Bloodstock forked out €50,000 for Baroda Stud’s Grace Shelby who showed a useful level of form in four starts in France last year. The daughter of Shalaa is out of the multiple Grade 2-winning Naissance Royale.

The French outfit Meridian International signed for a couple of popular mares which included the listed-placed Bellajeu. A daughter of Montjeu who was placed in the Lingfield Oaks Trial, this 10-year-old is carrying to Sottsass while she comes from the family of the top class Connaught Bridge. She cost €57,000.