Just one final step...
You must confirm your email address by clicking on the link we’ve sent to your email address.
You are only one short step away from reading 5 free Field+ articles.
SALES: Doncaster yearling demand bounces back

SALES: Doncaster yearling demand bounces back
By Irish Field Contributor on 25 August 2021
The Goffs UK Premier Yearling Sale returned a very decent set of figures, especially given the absence of one of its greatest supporters

THE second and final day of the Goffs UK Premier Yearling Sale at Doncaster saw trade take a marked step up on Tuesday's opening session.

There was a 91% clearance rate on Wednesday driving an overall clearance of 89% for the two days. The sale average and median both grew markedly compared to last year’s figures, up 20% and 19% respectively, while the total turnover of £13,334,000 was up 16% despite offering 37 less lots.

It should also be noted that in 2019 Shadwell Stud spent almost £2 million at this sale on 17 yearlings. This year, following the passing of Sheikh Hamdan Al Maktoum, Shadwell did not sign for any purchases.

Wednesday's session saw two lots surpass the £200,000 mark, the first of which topped the sale, Houghton Bloodstock’s Harry Angel colt out of the listed winning Exceed And Excel mare Red Box, which sold to Alex Elliott for £220,000.

The Cheveley Park Stud-bred colt is from the first crop of the champion sprinter Harry Angel who was sold at the 2015 Doncaster Premier Sale. Clive Cox trained Harry Angel and will reportedly train this colt too.

The other yearling to surpass the mark was Tally Ho Stud’s Kodiac filly from the family of Buratino and Danehill Dancer, which was knocked down to Blandford Bloodstock for £210,000 and will be trained by Richard Fahey.

A further six lots sold for six-figure sums on Wednesday, taking the total to 13 yearlings over the two days.

Others to feature in Wednesday’s session where Alice Fitzgerald’s Starspangledbanner filly which sold to M.V. Magnier for £160,000, Redpender Stud’s Dandy Man filly which sold to Peter and Ross Doyle for £130,000, Ballyhimikin Stud’s Ribchester colt which was purchased by Richard Hughes for £125,000, and Whatton Manor Stud’s Ardad colt, which was knocked down to Blandford Bloodstock for £100,000.

Goffs UK managing director Tim Kent said: "The Premier Sale is back on track! Last year’s sale endured its own Covid-related challenges but, with the help of a very loyal band of vendors and purchasers, we’ve seen a remarkable trade over the two days and proved to everyone that 2020 was a one-year blip due to circumstances beyond anyone’s control.

"The car park has been overflowing since Sunday morning and the footfall of genuine buyers has been incredible. There has been a real buzz around the sales complex over the last few days and it’s great that this has resulted in trade which started well yesterday, finished strong last night, and kicked on again today.

“The impressive 89% clearance rate shows the demand for Premier Yearlings is as strong as ever. The fact that the 13 six-figure yearlings were purchased by 11 different buyers demonstrates the diversity of the buying bench associated with this sale whilst our policy of going ‘back to the future’ when selecting the traditional ‘Donny yearling’ has clearly proved popular with buyers."

The Goffs UK Silver Yearling Sale followed immediately on from the Premier Sale. The sale offered 69 yearlings and 46 of them (67%) were sold.

The top lot came just four lots into the session with Sarah Fanning Sales’ Brazen Beau colt from the family of classic winner Just The Judge selling to the Italian buyer Scuderia Semeso for £30,000.

The sale also saw Trickledown Stud’s colt from the first crop of Expert Eye sell to William Easterby for £25,000. 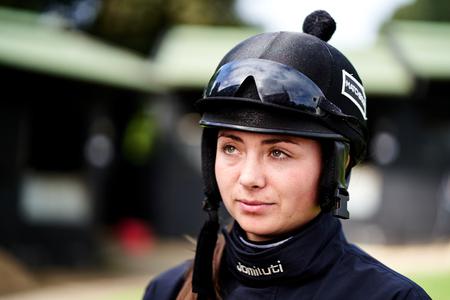 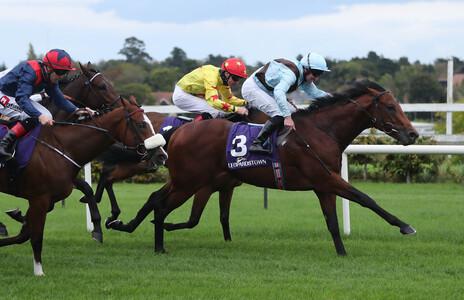