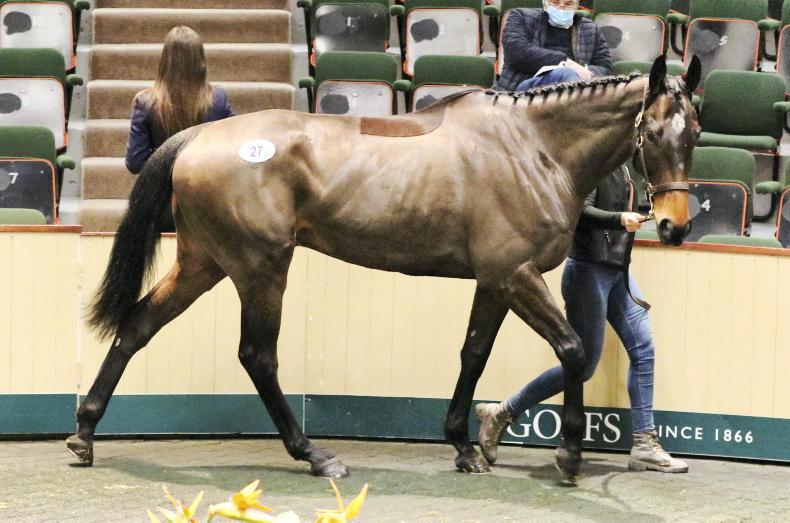 Placed over jumps in France, Invincible Power topped the week's trade at Goffs when sold for €150,000 to Sunday Racing 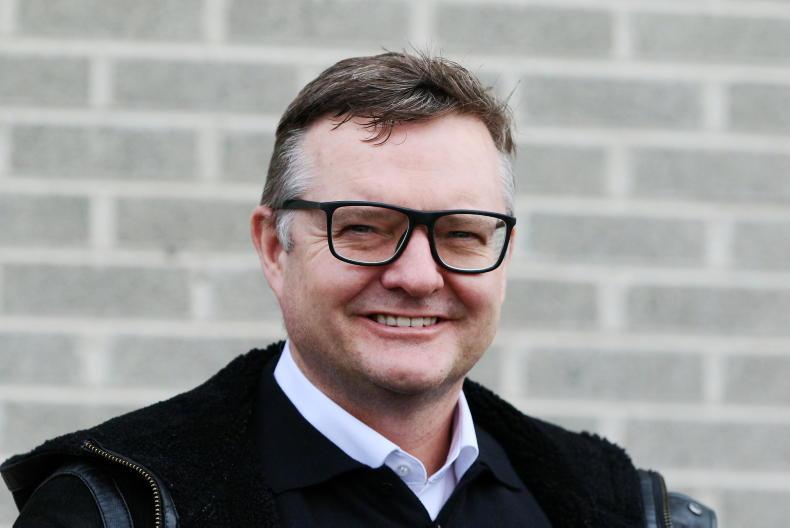 THE majority of the Goffs February Sale was dominated by yearlings and breeding stock but it was the relatively small selection of horses in training which supplied the week’s top lot which came in the shape of the twice-raced French jumper Invincible Power who cost €150,000.

This four-year-old son of Great Pretender was bought by Sunday Racing to go into training with Donald McCain and he was offered through Eamonn Phelan’s Derryluskin Stud.

Invincible Power, who comes from the family of Cilaos Emery, made his debut in October when he finished third of 11 in a hurdle race at Nantes before then finishing fourth at Saint-Brieuc the following month.

Many of the yearlings on offer were bought to return to the sales ring in the autumn but a number of them were purchased as racing prospects and these included an €85,000 colt hailing from the first crop of the Prix de l’Arc de Triomphe winner Waldgeist.

German agent Ronald Rauscher signed for this son of the multiple listed winner Modeeroch and he reported that his purchase would be heading to Germany for an end user.

During the same session Ross Doyle, buying to race on behalf of the Saudi Arabian-based Najd Stud, spent €82,000 on a Dark Angel colt from Boherguy Stud.

Meanwhile, trainer David Evans will take charge of a €75,000 yearling son of Exceed And Excel from Ballinafad Stud who was knocked down to Finn Kent.

This colt is a half-brother to the smart Evans-trained three-year-old Bastogne. The Welsh-based trainer also spent €51,000 on a Camacho half-sister to this colt at last year’s yearling sales.

Among the most sought-after yearling fillies was a daughter of Decorated Knight and the Prix de l’Abbaye winner Gilt Edge Girl who cost Hugo Merry €62,000.

This filly’s two-year-old half-brother by Saxon Warrior made €270,000 and has since joined Aidan O’Brien.

The sale contained just one yearling by the elite French-based sire Le Havre and this son of a Canadian stakes winner cost Jamie Railton €60,000.

Also coming in a €60,000 was a son of Saxon Warrior related to Ancient Rome who was knocked down to Ciaran Conroy, while Tom Whitehead had to match this price for a son of Walk In The Park.

A colt from the first crop of Ten Sovereigns cost Richard Knight €58,000 while Michael Carty paid €54,000 for a son of Profitable.