Just one final step...
You must confirm your email address by clicking on the link we’ve sent to your email address.
You are only one short step away from reading 5 free Field+ articles.
ROYAL ASCOT: Grand result for Williams in Ascot Stakes

IAN Williams enjoyed his first success at Royal Ascot when The Grand Visir defied top-weight in the Ascot Stakes and for good measure addled the third, Time To Study.

The Alvechurch trainer is one of the best dual-purpose handlers in the business and still has a jumps career in mind for The Grand Visir, who came up trumps in this two-and-a-half-mile handicap on his fourth start under both codes since his move from John Butler’s stable.

The steadier of 9st 10lb proved no burden as The Grand Visir (12/1) had enough in hand to hold the staying-on Buildmeupbuttercup by one and a quarter lengths under Richard Kingscote.

Time To Study was three and a half lengths away in third, with Fun Mac fourth.

“His hurdling career is still open to interpretation. We ran him back on the turf earlier in the month and he ran very well,” said Williams.

“He was dropped 1lb which allowed him into this race, which was fortunate.

“We weren’t sure he’d stay the trip, but Richard (Kingscote) gave him a lovely, patient ride into the race.

“Turning for home there were only two horses travelling well and that was Time To Study and him. Time To Study probably didn’t stay and he has, all the way to the line.

“It’s a huge result and great to have a Royal Ascot winner.” 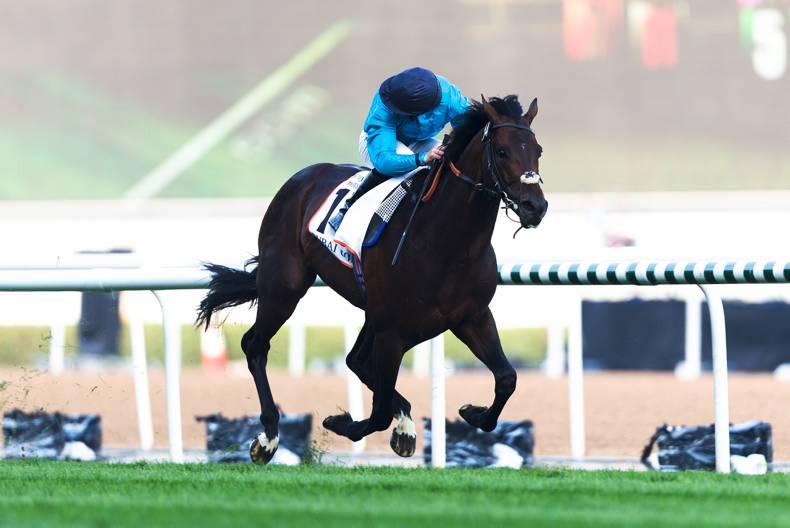