Title: RORY DELARGY: “I really like this 20/1 shot each-way at the prices” 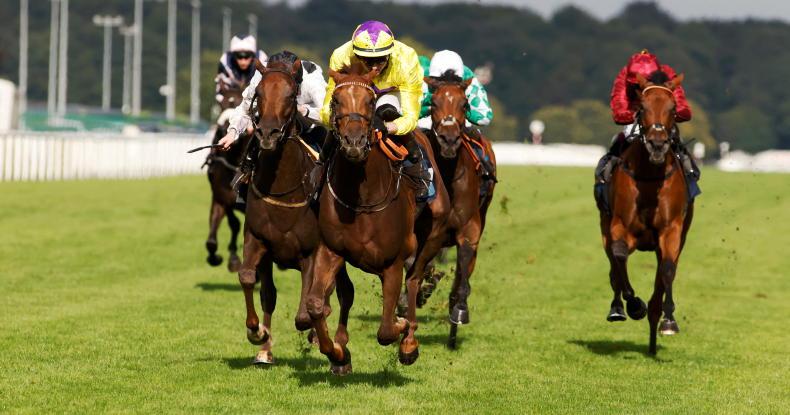 Dragon Symbol did not make the most encouraging of debuts for Roger Varian in the Duke of York Stakes, and nor did he take the eye in the paddock, giving the impression he’s not grown much since his three-year-old season.

He will, however, be better for that run, and he will appreciate the return to five furlongs, having developed a tendency to race freely in more recent runs. He has been found a very good opportunity, and if he’s not capable of picking up a win against listed-class runners, then he will prove hard to place this season.

He may be the bottom-rated horse in this handicap, but there is a huge amount to like about Forza Orta, who has never been out of the frame in his life, and is compiling a smart and consistent profiler as a handicapper.

He was unlucky to run into a group-class filly when beaten narrowly by Sea La Rosa at Redcar in August, improved again when splitting Contact and State Of Bliss at Thirsk in April, and then found only the unexposed Gaassee too strong at York, having won at Hamilton in between.

He is creeping slowly up the weights, but his performances are those of a horse who is still progressing, while he always shows a commendable attitude under pressure.

This looks open for a Group 3 contest, but I really like the each-way claims of Viola here, and she is hard to resist at the prices. Sea La Rosa is a worthy favourite given the way she progressed last term, and I don’t want to deflect from her chances, but Viola gave her almost a stone and a beating at Doncaster last year was only beaten three-parts of a length by her, again giving her almost a stone, at the same venue on their next meeting.

It’s true that Sea La Rosa improved during the second half of the season and beat Viola by a wider margin on Lingfield’s all-weather in the autumn, but the pair are no longer separated by that weight-for-age allowance.

Viola may not have been suited by the track at Lingfield, running her only moderate race when down the field there in January, for all the 10-furlong trip was clearly too sharp for James Fanshawe’s mare. The return to a mile and a half on turf will suit Viola, and she has nowhere near as much to find with the favourite as the prices suggest.

Of those at the top of the rankings, Noon Star is flattered by her mark and is a small filly who does not look to have trained on well enough to justify her current rating, whereas Climate has improved, but not by as much as the official handicapper’s assessment, based on a fourth of six in the Dahlia Stakes at Newmarket.

She is also unproven beyond 10 furlongs, and looks poor value at the prices.

I’ll be disappointed if Kinross cannot land his second successive John of Gaunt Stakes, and his form over this trip puts him clear of his rivals. Fitness should not to be an issue given his historical profile, and it’s easy to forgive a modest finishing position in the British Champions Sprint when last seen.

As with many with his profile, connections have tried to make him a miler and a sprinter, but he is a specialist at this trip, and while that leaves him without a Group 1 target until October, it does make him one to keep onside when kept to seven furlongs.

Absolutelyflawless is two from two and was quite impressive in the Lily Agnes at Chester last time but this will be the fastest ground she’s encountered to date, and there is a nagging suspicion that the Chester contest fell into her lap to some degree with Star Of Lady M pulling hard and setting an overly strong pace.

I prefer the claims of Parr Fire, a rare first-time out juvenile winner for trainer Nigel Tinkler at Doncaster earlier in the month, and one who looks sure to progress for that initial experience.

The ground was very quick when Parr Fire won on Town Moor and, despite greenness early on, she came through to win with a bit in hand, giving plenty of hope this uphill finish will suit her well.

With second home Double O narrowly beaten at Carlisle earlier in the week, the form has a reasonable look to it, while her SP on debut suggests she was not fully wound up, and likely to derive considerable benefit from the outing.

Wobwobwob was undone by stall one at York last time (six of the first seven home came from double-figure draws) but gave the impression he was still in form, while on his seasonal debut at Ripon, he was beaten under a length in a race that’s working out well. Both those runs came over six furlongs, and he gave the impression he would be suited by a return to further. He’s looked a non-stayer tried at a mile in the past, but stays seven well, and this intermediate trip should be fine.

The other horse to catch my eye is Arranmore, who won three times last season on right-handed tracks, and was twice runner-up over course and distance, including when just touched off by Ugo Gregory in September. His one poor run came on unsuitably soft ground on his final start, while he went without his usual headgear and shaped as if badly in need of the run here on his return to action. He has cheekpieces refitted now, and is better off at the weights with Ugo Gregory from their latest clash, so it makes little sense that he is three times that one’s price.

Fools Rush In and Boardman are two of the more obvious ones for this seven-and-a-half-furlong handicap but, if you take the view that Boardman deserves to be favourite, then you have to give similar consideration to Oh This Is Us, who was just a length behind that rival at Haydock last month, and is now 6lb better off.

He was, on the face of it, a bit disappointing at Newbury last time but consistency is not his strong point, for all he is able to win at least once every season. He’s drawn nicely in stall three here, and his Chester record of 11213 reads very well in the context of this race.

That record becomes 100% over this distance, with all three course wins coming off much higher marks. It’s tempting to argue that he’s lost his way, but it’s less than a year since he landed the Group 3 Diomed Stakes on Derby day, and he looks an absolute steal back at this venue. 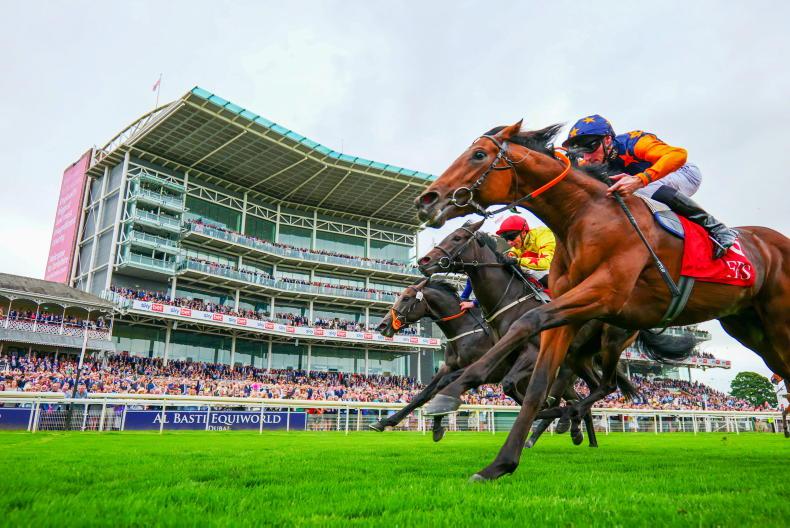 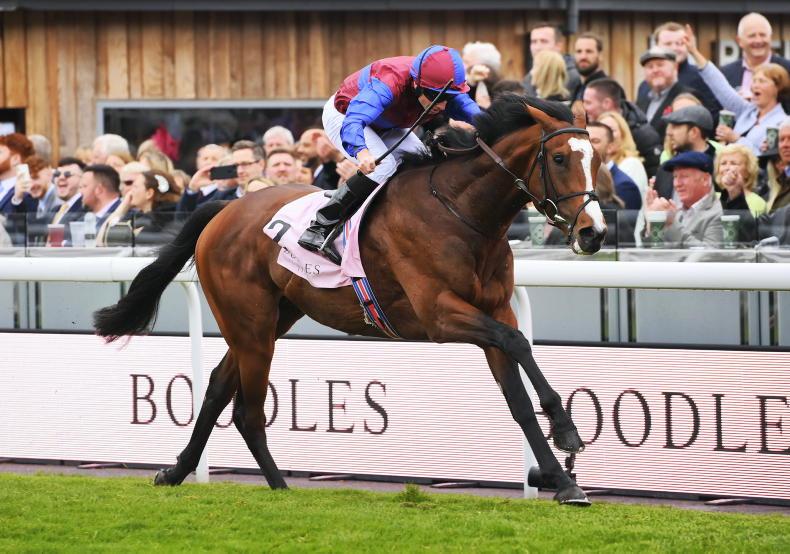 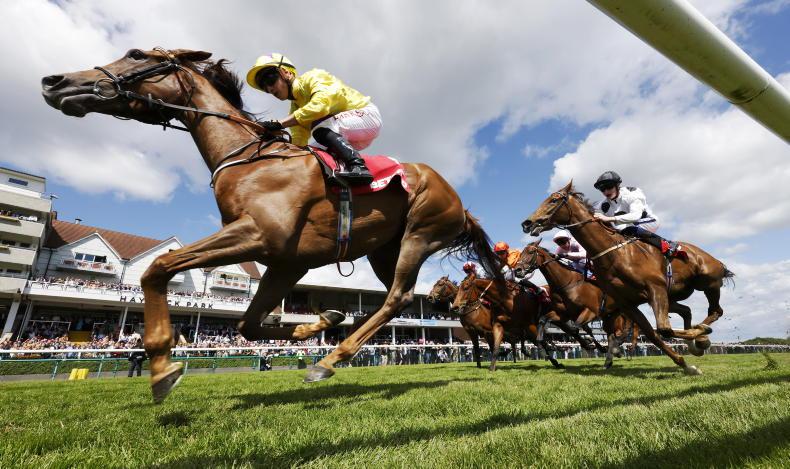 Donn McClean
DONN MCCLEAN: Solid cases for why these two horses are underrated in the markets
Donn McClean makes his case for two horses, one at Haydock and one at Ascot 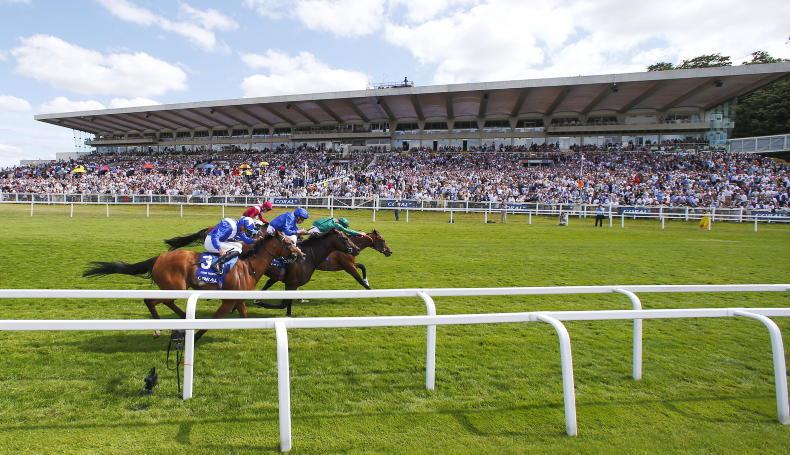