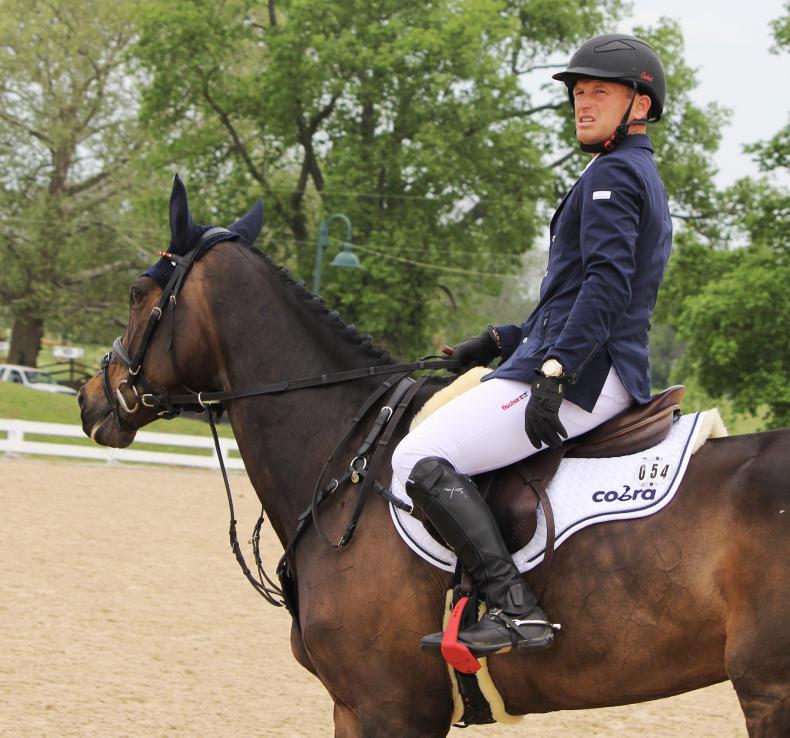 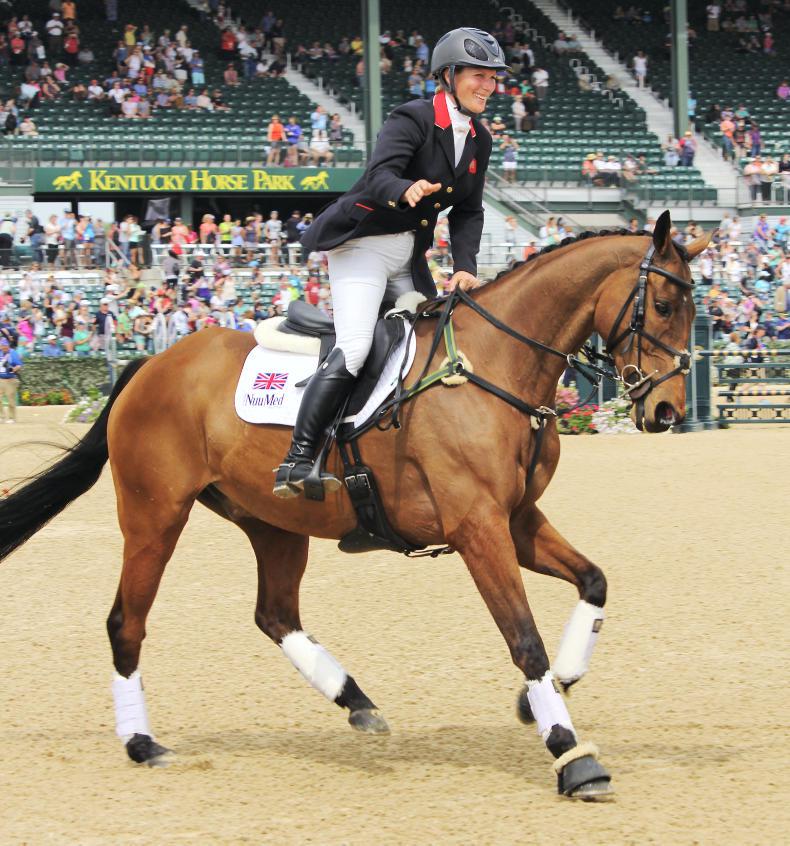 High Kingdom and Zara Tindall on their lap of honour after taking third overall (Photo: Susan Finnerty)
Previous Next

MICHAEL Jung would have had to declare two things to any customs official between Lexington and London last Monday: another Rolex watch and himself as the genius of modern eventing. ‘The Kentucky King’ became the first rider to win three back-to-back Rolex Kentucky wins on the same horse after fischerRocana FST’s victory.

What makes his win even more remarkable is that the 12-year-old was rated as his third choice for the Rio Olympics last year, however the game mare saw off a quality field at the Kentucky Horse Park to seal their win. The German pair had a closer battle on their hands than their 2016 victory, but were well positioned in second place (37.1) after a dressage test watched by a capacity crowd.

Clark Montgomery on the Irish-bred Loughan Glen produced a powerful, uphill test (33.6) deservedly to lead the pack going into cross-country. Lying third at that stage was the young Cooley Cross Border with Kim Severson, the last rider to win there three times with the same horse (2002, 2004, 2005).

The weather gods answered Zara Tindall’s rain dance measures although Saturday morning’s early rain, which triggered a storm alert for the area, left the previously firm going on the greasy side. With temperatures rising to the 80s, the muggy atmosphere proved energy-sapping for the 59 starters.

fischerRocana was the fastest horse cross-country last year but even she clocked up 1.6 time penalties. It was still enough to give the defending champion one fence in hand before the show jumping finale. “She was a bit surprised at fence 2, that it was a very wide table, and then she realised ‘Now it’s the four star’. She’s a very big fighter, that is the most important thing on the cross-country,” Jung said at the press conference.

His closest rival proved to be the Frenchman Maxime Livio with Qalao Des Mers. The French combination are one of the few to win a four-star, with Jung in the field, which they did at Pau last October. They were also one of only five double clears recorded over Derek di Grazia’s track.

The others included an Irish-bred trio: Bourke and Luckaun Quality, Zara Tindall with High Kingdom and the highest-placed American rider on the day; Matt Brown on Super Socks BCF, plus Erin Sylvester and Mettraise who nailed the optimum time of 11.17 exactly to win a two-year lease for a Land Rover.

Loughan Glen’s chequered cross-country record at four-star level continued to plague him and with runouts at both the Land Rover Landing and Horse Barns, saw him and Clark Montgomery slide down the order.

They weren’t the only ones to encounter difficulties with Kim Severson electing to retire Cooley Cross Border after a refusal at the Fox Den.

Eight eliminations were recorded, including Fernhill By Night and Elisabeth Halliday-Sharp, plus Buck Davidson, who parted company with Park Trader.

High Kingdom had better fortune than on his previous Rolex Kentucky attempt when he was withdrawn after an injury in his stable just before his dressage test in 2015. “I didn’t think in any way it [Rolex] was more of a let up than Badminton or Burghley,” said Tindall after her copybook round moved the combination up to third place overnight.

Matt Brown was full of praise for his Super Sox BCF, previously campaigned here on the Munster show jumping circuit by Donal Hayes under his former name of Lismakeera Super Socks saying: “He unfortunately jumped out of both of his front shoes somewhere before the Head Of The Lake. That horse is nothing if not all heart and I couldn’t have asked for more.”

Rounding off the five Irish-breds in the top-10 after cross-country were the pair of Philip Dutton rides: Mr Medicott (sixth) and Fernhill Fugitive (eighth).

“He’s got the heart of a lion,” said Dutton about the 18-year-old Mr Medicott, making his Kentucky comeback.

All of his horses wore nasal strips printed with Team LeeLee as a show of support for his stepdaughter LeeLee, injured in a riding accident before Christmas and now recovering in a rehab facility.

The pressure was piled on Jung on Sunday afternoon as the 39 horses left standing by Sunday jumped in reverse order over Richard Jeffery’s 1.30m course.

Once again, five Irish-breds filled the top-10, including a pair of Lux Z progeny; Delux Z (Kurt Martin) and Fernhill Fugitive, one of Philip Dutton’s three top-10 finishers. Another was the 18-year-old Mr Medicott, previously fourth here with Karen O’Connor, who finished highest of the Dutton trio. With just one time fault, he finished fourth again, which also sealed the leading American rider award for Dutton and his prize awarded by the IDHS(NA) as the highest-placed horse with Irish Draught breeding.

Super Socks BCF slipped down to sixth place with a fence down, plus five time faults and then it was the turn of Tindall with High Kingdom. He produced a crucial clear round at the 2014 World Equestrian Games and did the same again on Sunday afternoon to seal their third place.

“I tried to put the pressure on Maxime but it didn’t work!” said Zara Tindall. “My horse was fantastic all through the competition. He [High Kingdom] doesn’t owe me anything.”

Maxime Livo was another to conjure up a rare clear and then it was all up to Jung, who had just one fence in hand over the Frenchman. There was an audible gasp heard from the 24,000-strong spectators when she knocked the second part of the triple combination but Jung’s split-second response got the mare clear over the last part and final fence to huge cheers from his growing legion of American fans.

“On the course I had a good feeling and then the problems started with the white combination,” he explained. “She was a bit spooky and maybe I used my hands too much. I didn’t have enough power in the triple and we had still two more jumps and that makes me a bit nervous. But in the end, it works,” said the German phenomenon, who started off his unbeaten Kentucky record in the 2010 World Equestrian Games and bids for the second leg of another Grand Slam at Badminton this weekend. 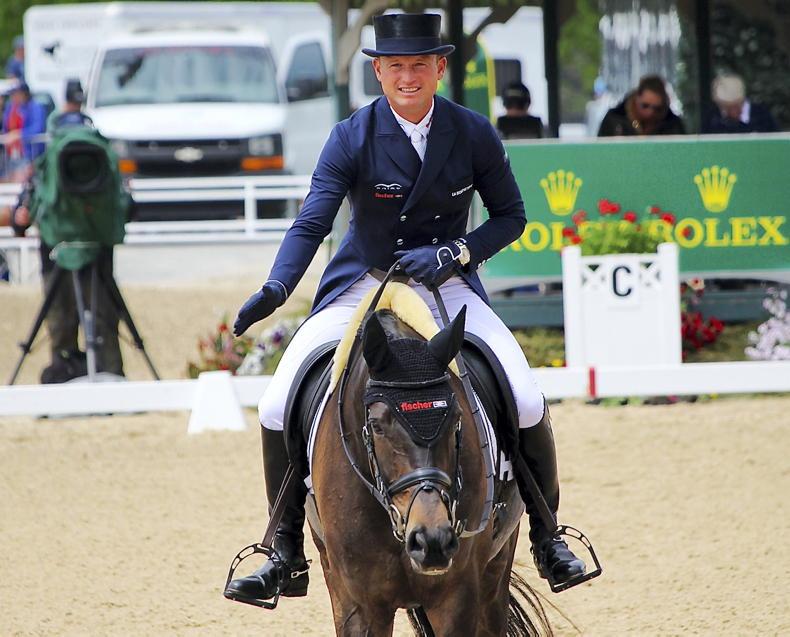 NEWS: fischerRocana retired from eventing
Michael Jung announced the retirement of his great mare this week. She will now begin her breeding career 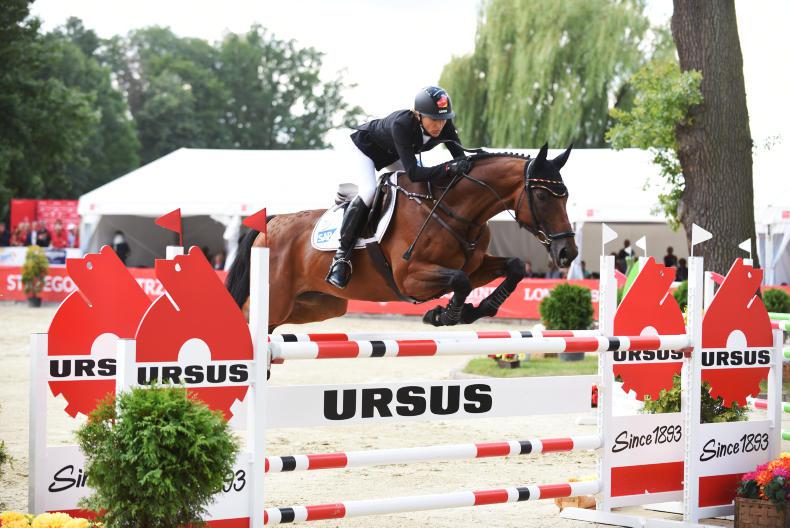 ALL IN THE FAMILY - William Micklem Part III: The power of serendipity
In the final part of William Micklem’s feature, he talks to Susan Finnerty about having a Go, breeding Olympic horses and the Ride On celebration 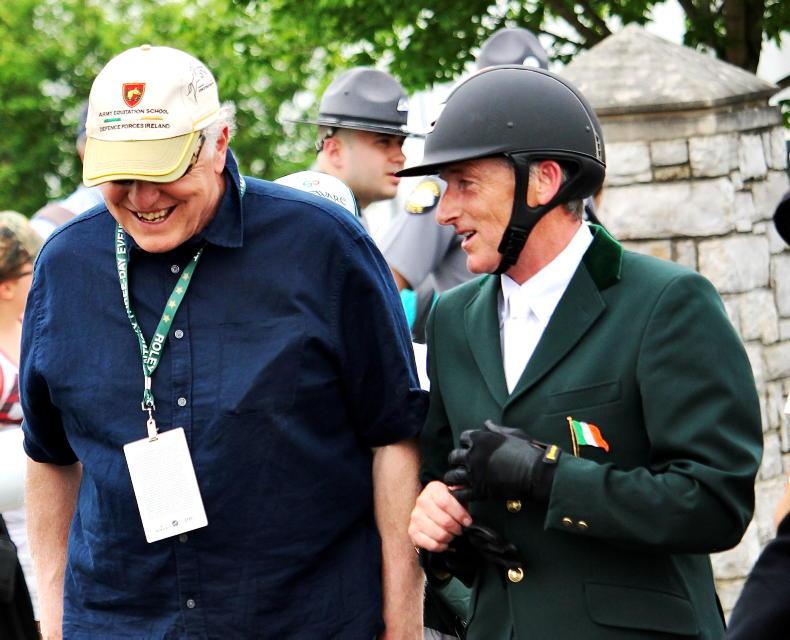 All in the Family - William Micklem: ‘It all happened in 1962’
William Micklem, one of the horse world's most iconic figures, talks to Susan Finnerty about the landmark year of 1962