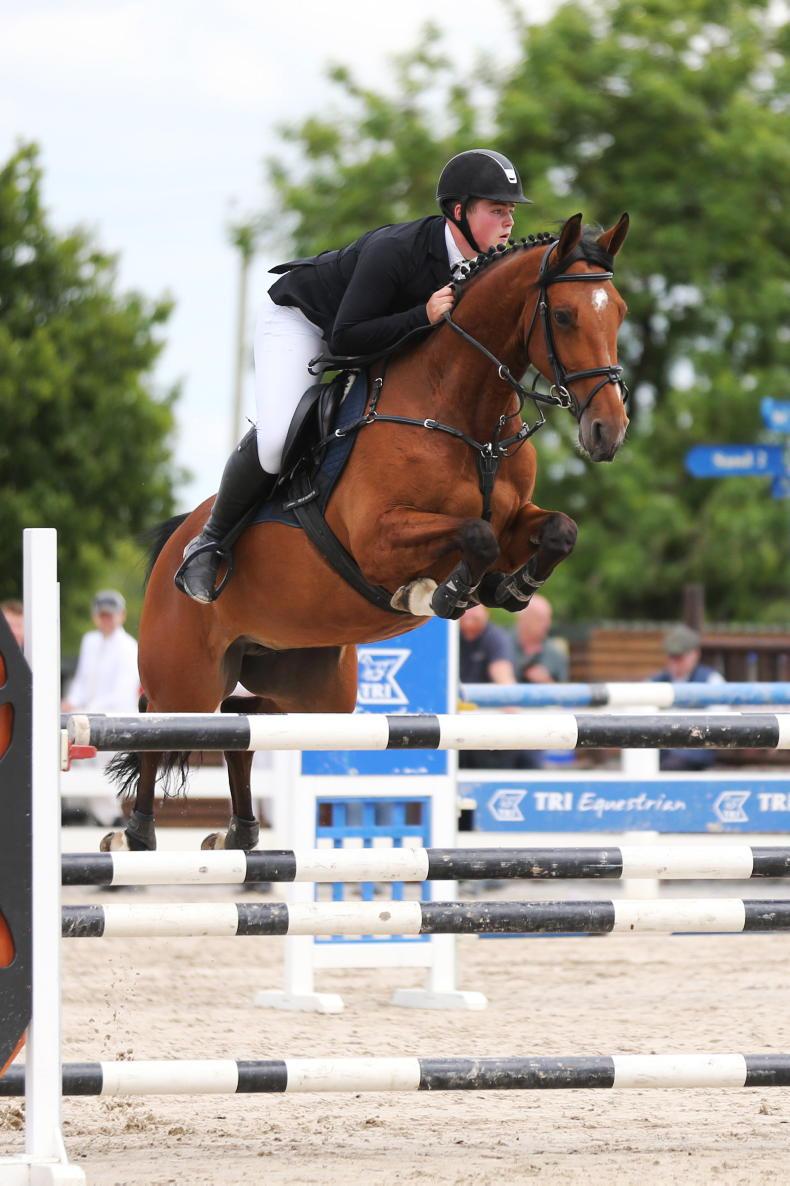 THE six-year-old division of Wednesday’s RDS qualifier at Mullingar Equestrian Centre saw 63 combinations start for the 12 qualifying places on offer.

As just 19 riders went clear in the first round and, of those, nine were clear in the second, those nine officially divided first place with the remaining three places being decided on the time of the fastest four-faulters.

Junior rider Tadhg McKiernan took the red ribbon on the day with Castlelawn Sibon after they stopped the clock at 37.53. By Sibon W out of Ryan’s Pet (Ricardo Z), she was bred by Damien McInerney and has been placed consistently at 1.20m this year as well as performing well in a challenging Cavan Crystal final in 2021.

It was tight at the top with very little separating the top three. GBBS Int Ltd and Micheal O’Callaghan’s BP First of Many was guided into second place by Kevin Gallagher just marginally slower than the victor in 37.55. By Dignified van’t Zorgvliet out of BP Mystico (Indoctro), she was bred by GBBS Int Ltd.