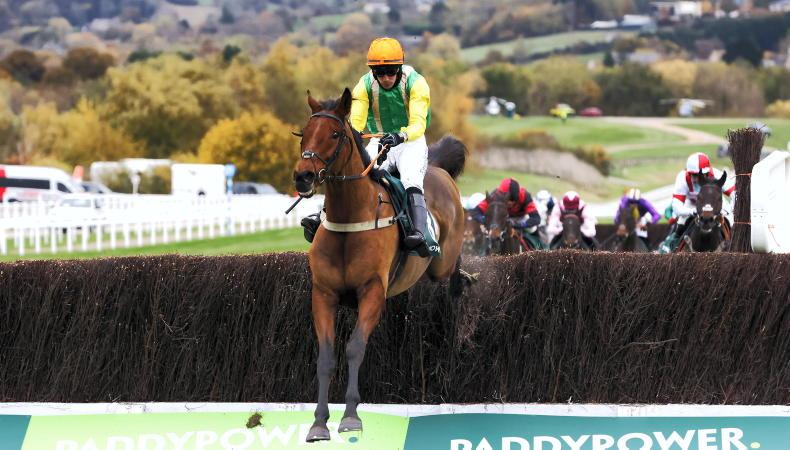 The first, third, fourth, joint sixth, 11th and second last-fence faller of the Paddy Power will renew rivalry again. Both races are well linked and that’s logical – they’re over roughly the same distance over roughly the same course and there’s a month between the two races with another big pot of prize money to race for.

If you go well in the Paddy Power, you’ve a good chance of going well in the December Gold Cup, so the former should be the first port of call for punters taking on the latter as a betting heat today.

No horse has done the double in the same year since Exotic Dancer in 2006, and he was a very good horse. Since that Jonjo O’Neill-trained gelding, eight have tried and failed: Great Endeavour (11th), Little Josh (fifth), Johns Spirit (fifth), Caid Du Berlais (pulled up), Annacotty (sixth), Splash Of Ginge (seventh), Baran Alco (fourth) and Coole Cody (sixth).

So that gives you some insight into the task of Midnight Shadow today, with a 7lb rise in the weights to contend with. However, the chances are that this year’s Paddy Power was a very good race given its runner-up, Protektorat, is now rated 164 after his 32-length win in the Grade 2 Many Clouds Chase last Saturday. Couple that with the quotes from Sue Smith that Midnight Shadow is being considered for a King George and he may well be able to break a 14-year trend today.

But what about those in behind? The last four Racing Post Gold Cup winners had been beaten to varying degrees the previous month in the Paddy Power: Warthog (third), Frodon (second), Guitar Pete (ninth) and Frodon (10th).

That bodes well for those taking on Midnight Shadow, most prominently Lalor, who powered up the straight in much the same style as Protektorat did, only to find the line coming too soon. Zanza and Dostal Phil were others who made their ground late in the day and should be monitored closely today.

And then you have the newbies like Silver Hallmark, Beakstown, Farinet and Fusil Raffles who are all just plainly attractive propositions as unexposed chasers who could well have more to give.

Of the four, Fusil Raffles is the only with cast iron Cheltenham form over this distance, having won here last season and finished second to Chantry House in a Marsh Novices’ Chase.

He was perhaps a very lucky winner of the Charlie Hall given the fall of Shan Blue at the third last but there was a lot of racing to be done at Wetherby. The win was a bonus, but he was left unchanged at a mark of 152, and that means he could well be in bonus territory today.

HEAVEN Help Us has given Paul Hennessy two magical moments at Cheltenham already and she could do so again today when she takes on the Unibet International Hurdle (3.00).

A nine-length winner of the Coral Cup last March, Hennessy’s mare, who he labelled as his very own Enable after that brilliant win, comes back in trip to take on six rivals for the Grade 2 contest of which the betting is headed by Song For Someone.

The seven-year-old mare actually comes out best treated at these weights given her BHA mark of 150 but was regarded a 12/1 shot by bookmakers yesterday evening.

Speaking to the Champ.ie podcast from Cheltenham, Hennessy said: “We ran her back in a mares’ race at Punchestown and she was going well until she ploughed through the third last and that cost her. But she ran on again and we were happy with her.

“We were going to go for the mares’ race on Saturday’s card but she would have had to give away an awful lot of weight and we just decided if we were going to come over, we’d have a go at the Grade 2 and have a bit of fun.

“We’re just passengers with this mare – she has taken us to places that we’ve never even dreamed of going. It’s just wonderful. She’s rated 150 over in the UK so she’s not out of place in this race. If she was placed, it would be wonderful.”

Song For Someone aims to emulate The New One as a back-to-back winner of this race and his trainer Tom Symonds was delighted with his comeback run to finish second to Buzz in the Coral Hurdle.

Speaking yesterday, Symonds said: “It looks a nice sort of race for him. Obviously there are one or two unknown quantities in there and Sceau Royal is the best horse in the race, but Song For Someone seems in good form.

“We’re going there more in hope than confidence, but we were pleased to see him run so well at Ascot and we’re hoping he can back that up at Cheltenham on Saturday.”

Sceau Royal may well be the best horse in the race as Symonds says, but his trainer Alan King more or less said that this race was an afterthought, coming just two weeks after his third in the Fighting Fifth at Newcastle.

“We were going to go to Kempton for the Christmas Hurdle and then Anthony (Bromley, racing manager to owners Isaac Souede and Simon Munir) rang me at 11.45am on Monday saying can we put Sceau Royal in. I thought ‘Christ we haven’t done anything with him’, but we popped him in.

“He worked very well on Thursday morning and we will roll the dice and he will take his chance.” 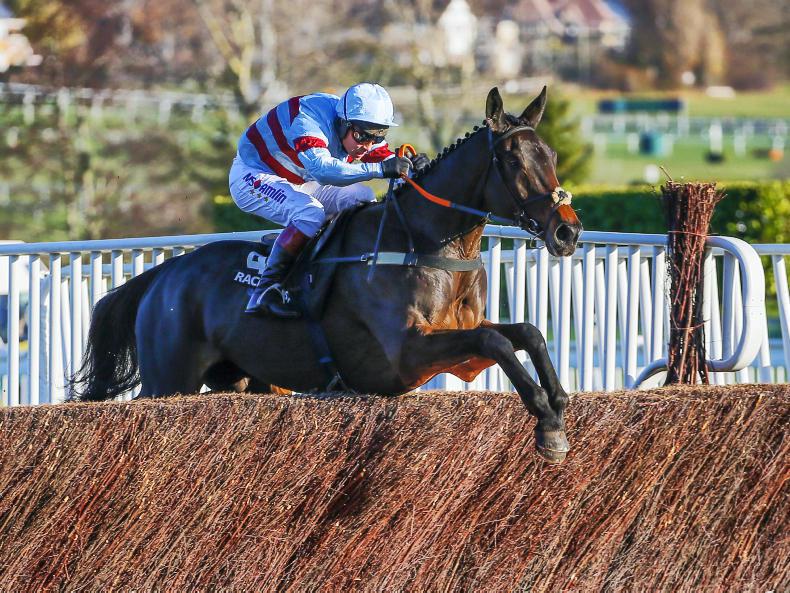 RORY DELARGY: Lalor can return to winning ways at Cheltenham
The Kayley Woollacott star was back to best last time, and can defy a big weight in the Grade 3 chase at Cheltenham 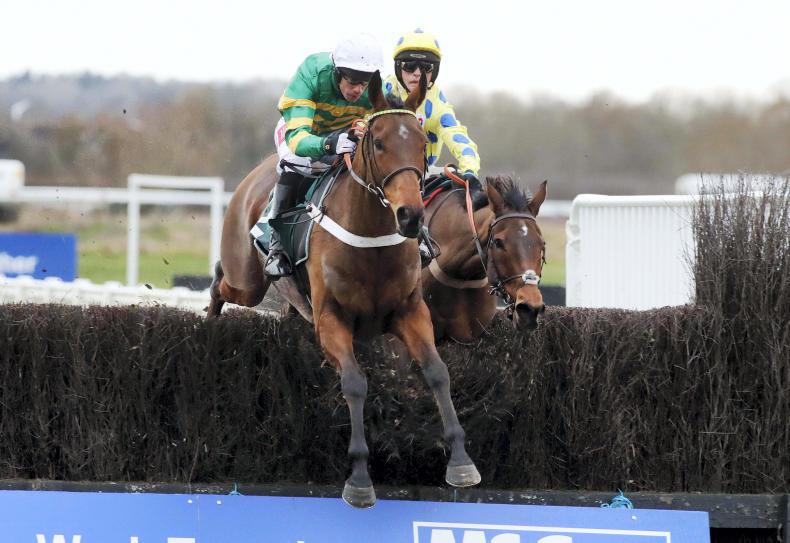 DONN MCCLEAN: Ravenhill is on the Road to progression
Donn McClean previews racing at Cheltenham and Doncaster 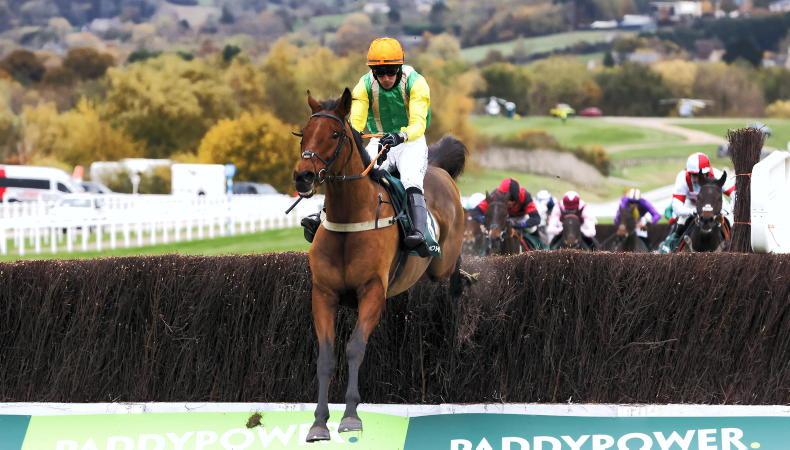 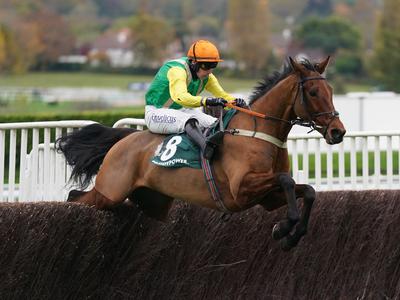