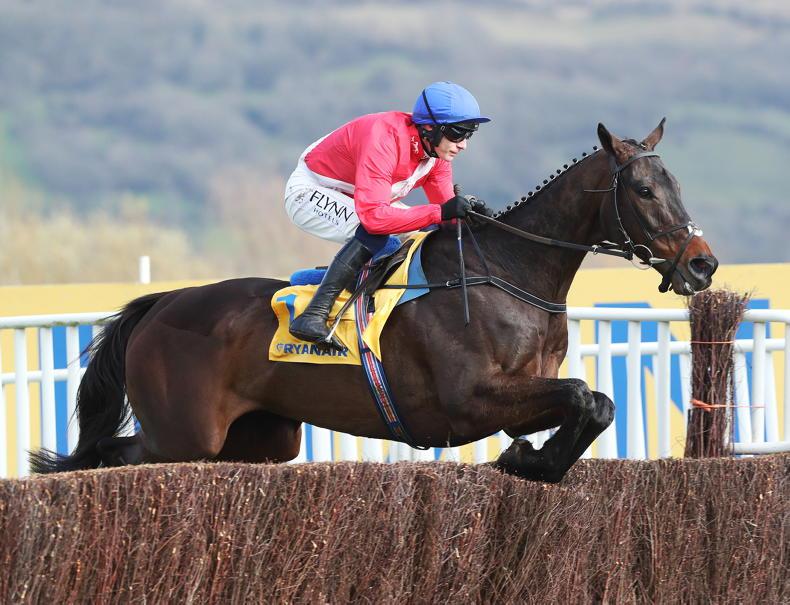 Allaho (Paul Townend) was a brilliant winner of the Grade 1 Ryanair Chase at Cheltenham \ carolinenorris.ie 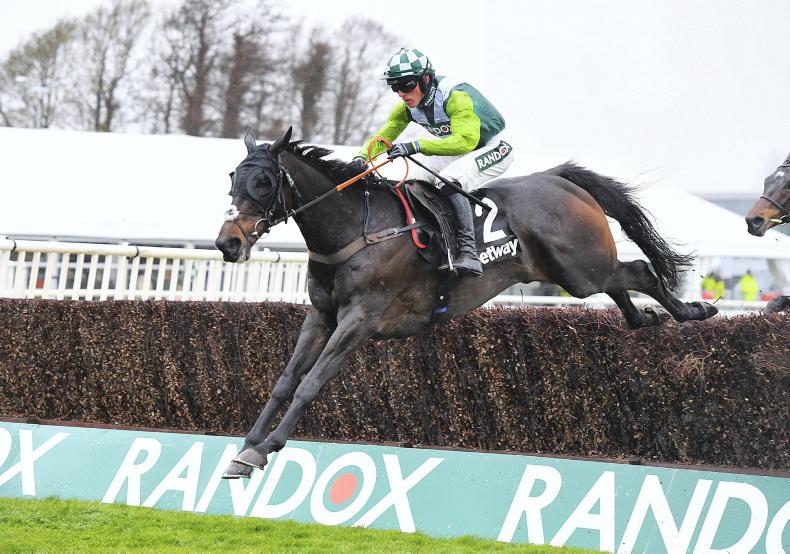 The 10-year-old returns to Ireland in a bid to complete the same end-of-season double as last year after winning successfully defending his crown in the Grade 1 Betway Bowl at Aintree three weeks ago.

Allaho is the likely favourite following another imperious display when making it back-to-back wins in the Grade 1 Ryanair Chase at the Cheltenham Festival last month.

The key question, of course, is whether the Cheveley Park Stud-owned powerhouse can prove as effective stepping back up to three miles.

Joseph O’Brien’s Fakir D’Oudairies is another horse stepping back up in distance after winning his second Melling Chase over two and a half miles at Aintree earlier in the month.

Henry de Bromhead runs Minella Indo, who had to make do with the runner-up spot behind stablemate A Plus Tard when bidding for successive wins in the Cheltenham Gold Cup on his latest outing.

The stellar field is completed by Gordon Elliott’s Galvin, who lunged late to beat A Plus Tard in the Savills Chase over Christmas before finishing fourth in the blue riband.

The first of three Grade 1s on Wednesday’s card is the three-mile Irish Mirror Novice Hurdle, in which the Mullins-trained pair of The Nice Guy and Minella Cocooner renew rivalry after finishing first and second in the Albert Bartlett at Cheltenham.

Other hopefuls include Elliott’s pair of Minella Crooner and Hollow Games and Journey With Me from De Bromhead’s yard.

Facile Vega is the star attraction in the Race & Stay At Punchestown Champion I.N.H. Flat Race.

So impressive when extending his unbeaten record to three in the Champion Bumper in the Cotswolds, the son of the brilliant Quevega will be cramped odds to make it four from four for the Mullins team.

He is joined by four stable companions in Madmansgame, Redemption Day, Seabank Bistro and Viva Devito. Elliott’s Cheltenham runner-up American Mike is also in the mix.