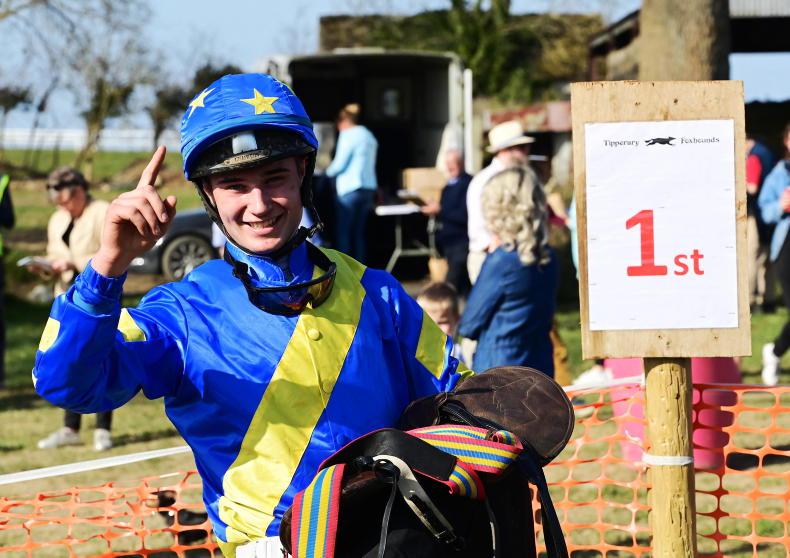 AS it falls bang in the middle of the busy hunter trials season, there are very few equestrian mothers who can contemplate a lie-in and/or breakfast in bed on Mothering Sunday and it was no different for author and food/farming journalist Suzanne Campbell last Sunday.

However, instead of attending the Ward Union hunter trials in Abbeyfield Farm where her husband, RTÉ news reporter and presenter Philip Boucher-Hayes and elder daughter Anna were competing, Suzanne supported younger daughter Robin at a local GAA match in Kilmacanogue.

At Abbeylands, both members of the Boucher-Hayes family contested the novice singles class where not only did Anna finish ahead of her father – unlike at Punchestown where Philip and his ‘aged’ mare Moomin were fifth and she was unplaced – but the 13-year-old won the 60+ strong class on Brambles Bartholomew (aka Bart).

Bart had done little other than hunt when Anna took over the ride on the 148cms pony last year but after a lot of hard work and perseverance the combination qualified for the Irish Pony Club Under 12s eventing championships at Tattersalls as a member of the Co Wicklow Branch and the rider now has her sights set on competing with Eventing Ireland.

Meanwhile, having outgrown her 122cms working hunter pony Toby, 11-year-old Robin is concentrating on football, a sport Anna also plays when she has time. Having suffered a badly broken leg as a result of a kick from another horse out hunting two years ago, Anna wasn’t able to see out her minimus career but hopes to be fit enough soon for Tetrathlon.

A former Pony Club member to strike over the weekend was Andy Burke Ott, a graduate of the Duhallow Branch, who rode his first point-to-point winner at Lisronagh on Saturday when Zela Bella, owned and trained by his father, Alex Ott, landed the five and six-year-old mares’ maiden.