A debut-winning point-to-pointer at Bartlemy, Invincible Cave was sold by Donnchadh Doyle's Monbeg Stables for £210,000 and bought by Gordon Elliott 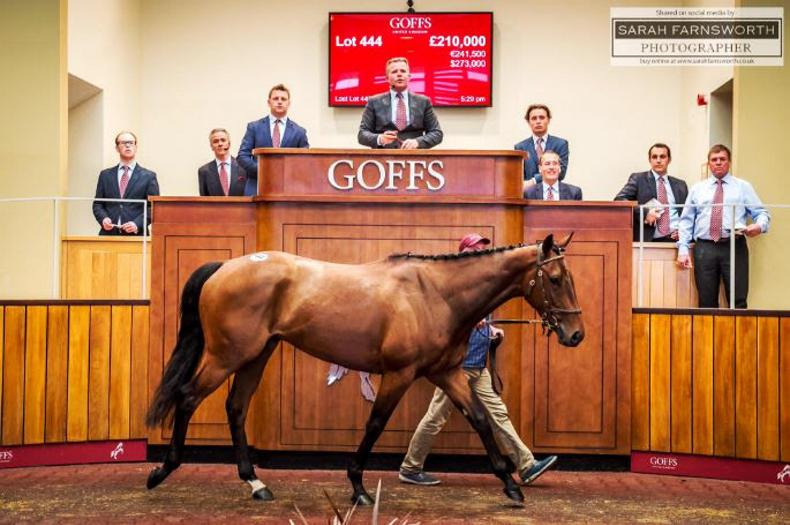 A LATE flurry of young form horses from England and Ireland produced a strong finish to today’s opening day of the Goffs UK Spring Horses-in-Training/Point-to-Point Sale at Doncaster.

Like yesterday’s record breaking Spring Store Sale, this sale consistently produces a huge buying bench that features the leading NH owners and trainers. This again provided real depth to the market and pushed the sale’s median up a massive 53% in comparison to last year’s opening day, finishing at £20,000.

Today featured 73 more horses than the same session last year, with a larger offering of form horses over the two days, and as a result the turnover grew by a similar margin, up 52% to £3,981,500.

Seven lots sold for six-figure sums in today’s opening session including Loughanmore Farms’ Fleminport (Lot 428), who was knocked down to Kieran McManus for £140,000, and Vaniteux (Lot 336) from Nicky Henderson’s draft, who was purchased by David Pipe for £125,000.

The second and final day of the Goffs UK Spring Horses-in-Training/Point-to-Point Sale at Doncaster will start tomorrow at 10am.