Just one final step...
You must confirm your email address by clicking on the link we’ve sent to your email address.
You are only one short step away from reading 5 free Field+ articles.
PEDIGREE NOTES: Pattern events from the bank holiday weekend

Anthem Alexander, a Group 1-placed pattern scorer at two, made a winning return to action in the Group 3 Racing Post Lacken Stakes over six furlongs at Naas. The Eddie Lynam-trained three-year-old was bred by Mountarmstrong Stud and she represents the first crop of the sprint ace Starspangledbanner (by Choisir), who stands at Rosemount Stud in Australia. She is a half-sister to the high-class sprinter and successful sire Dandy Man (by Mozart) and her dam Lady Alexander (by Night Shift) is a pattern winning daughter of the talented Sandhurst Goddess (by Sandhurst Prince).

New Bay, who was runner-up in the Group 1 Poule d'Essai des Poulains (French 2000 Guineas) last month, has won the Group 1 Prix du Jockey Club (French Derby) over 10 and a half furlongs at Chantilly. Khalid Abdullah's homebred chesnut is trained by Andre Fabre and he is a son of Dalham Hall Stud's outstanding sire Dubawi (by Dubai Millennium).

New Bay is the third foal out of Cinnamon Bay (by Zamindar) who is a stakes-winning half-sister to the Group 2 scorer Bellamy Cay (by Kris). His third dam is Bahamian (by Mill Reef), and so this is the family of Group 1 stars such as Wemyss Bight (by Dancing Brave), Beat Hollow (by Sadler's Wells), Oasis Dream (by Green Desert) and Kingman (by Invincible Spirit).

Full Rose won the Group 2 Preis vom Gestut Auenquelle – 95th German 1000 Guineas over a mile at Dusseldorf, a classic winner for the late Nunnery Stud stallion Aqlaam (by Oasis Dream). She was bred by D R Tucker, she is a €6,000 graduate of the Tattersalls Ireland September Yearling Sale and her dam Tasjeel (by Aljabr) is a grand-daughter of the Group 1 Yorkshire Oaks heroine Roseate Tern (by Blakeney).

Lovelyn won the Group 2 Oaks d'Italia over 11 furlongs at San Siro, a first pattern success for Gestut Ittlingen's homebred daughter of the late Tiger Hill (by Danehill). She is out of Laurella (by Acatenango), she has two blacktype placed siblings, her dam is a half-sister to the classic star Laroche (by Nebos) and a full-sister to the classic hero and notable sire Lando.

Impassable won the Group 2 Prix de Sandringham over a mile at Chantilly, her first blacktype success and a third pattern winner of the weekend for the Irish National Stud's top sire Invincible Spirit (by Green Desert). She is owned and bred by the Wertheimer brothers, she is trained by Carlos Laffon-Parias and she is a full-sister to the pattern placed listed scorer Foreign Tune. Her dam is the Group 2-placed juvenile pattern scorer Gwenseb (by Green Tune).

Manatee won the Group 2 Grand Prix de Chantilly over 12 furlongs, his fourth win from six starts and a second success at that level. The Darley-bred four-year-old is trained by Andre Fabre, he is a son of the late Monsun (by Konigsstuhl) and he is a half-brother to the middle-distance stakes winner Gaterie (by Dubai Destination). His dam Galatee (by Galileo) won the Group 3 Blue Wind Stakes and she comes from the family of Group 1 stars such as Arcangues (by Sagace), Aquarelliste (by Danehill) and Cape Verdi (by Caerleon).

Muthmir won the Group 2 Prix du Gros-Chene – Equidia Live over five furlongs at Chantilly, a first blacktype success for the William Haggas-trained five-year-old. The gelding was bred by Sunderland Holdings Ltd, he is a son of the Irish National Stud stallion Invincible Spirit (by Green Desert), out of the listed scorer Fairy Of The Night (by Danehill) and he is a half-brother to the Group 3 scorer My Titania (by Sea The Stars). It is a prolific blacktype family.

Kaspersky won the Group 2 Premio Carlo Vittadini over a mile at San Siro, a first pattern win and second blacktype success for Allevamento La Nuova Sbarra's homebred four-year-old. The colt is a son of Coolmore Stud's Footstepsinthesand (by Giant's Causeway), he is out of Croanda (by Grand Lodge), and he has three blacktype siblings including the Group 3 scorer Malagenia (by Whipper) and the Group 1-placed Occhio Della Mente (by Le Vie Dei Colori).

Kataniya won the Group 3 Prix de Royaumont – RMC over 12 furlongs at Chantilly, a second blacktype success for H.H. the Aga Khan's homebred daughter of Kildangan Stud stallion Raven's Pass (by Elusive Quality). The Alain de Royer-Dupre trained three-year-old is out of the stakes winner Katiykha (by Darshaan) and she is a half-sister to the Group 2 Blandford Stakes winner Katiyra (by Peintre Celebre).

Adaay won the Group 2 888sport Sandy Lane Stakes over six furlongs at Haydock, a fourth win from seven starts for the William Haggas-trained son of Tally-Ho Stud stallion Kodiac (by Danehill). He was bred by L Fox, he is a half-brother to the blacktype-placed successful second crop sire Mullionmileanhour (by Mull Of Kintyre), and his dam Lady Lucia (by Royal Applause) is a half-sister to the pattern-placed Creative Mind (by Danehill Dancer).

Miss Marjurie won the Group 3 888sport Pinnacle Stakes over 1m3f 200 yards at Haydock, her fifth win from 15 starts and her second blacktype success. The Denis Coakley-trained five-year-old was bred by Coleman Bloodstock Ltd, she is a daughter of former Derrinstown Stud flag bearer Marju (by Last Tycoon) and her dam Kazatzka (by Groom Dancer) is a half-sister to the multiple Group 1 star Soviet Song (by Marju).

Cable Bay won the Group 3 Timeform Jury Stakes (registered as the John of Gaunt Stakes) over seven furlongs at Haydock, a first blacktype success for the Group 1-placed son of the Irish National Stud's star stallion Invincible Spirit (by Green Desert). The Co Kildare farm also bred the four-year-old, and he is trained by Charles Hills.

Rosso Corsa notched up his first pattern success when taking the Group 3 Prix du Palais-Royal over seven furlongs at Longchamp. The four-year-old is now trained by George Mikhalides, he was bred by Mervyn Stewkesbury and he is a son of Coolmore Stud's classic star Footstepsinthesand (by Giant's Causeway). He is a half-brother to the stakes-placed prolific winner Sunrise Safari (by Mozart) and his dam Lady Scarlett (by Woodman) is an unraced half-sister to the high-class sprinter Poolesta (by Hero's Honor). 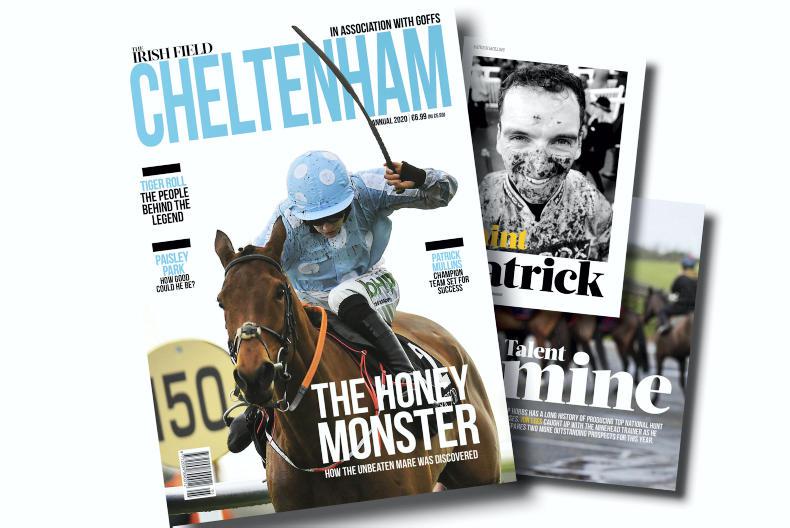 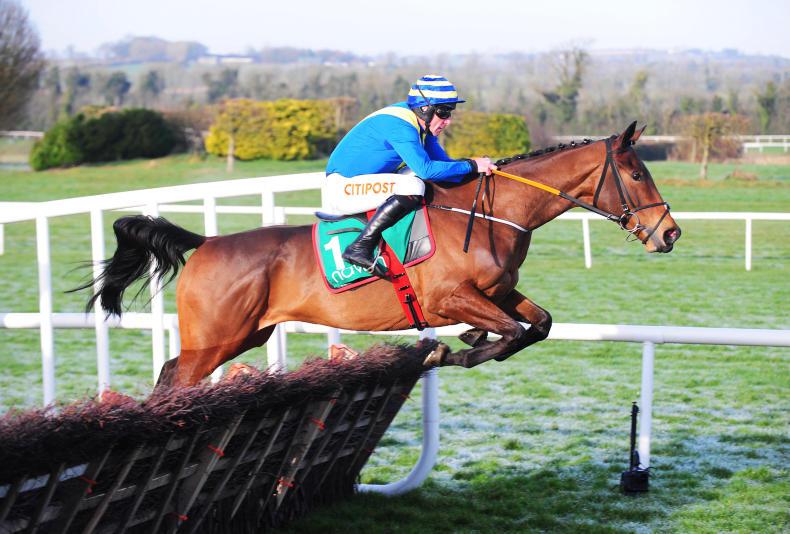