J.J. Slevin rode Lunar Display to victory in the feature at Thurles last Sunday and then had his head shaved for Muscular Dystrophy Ireland 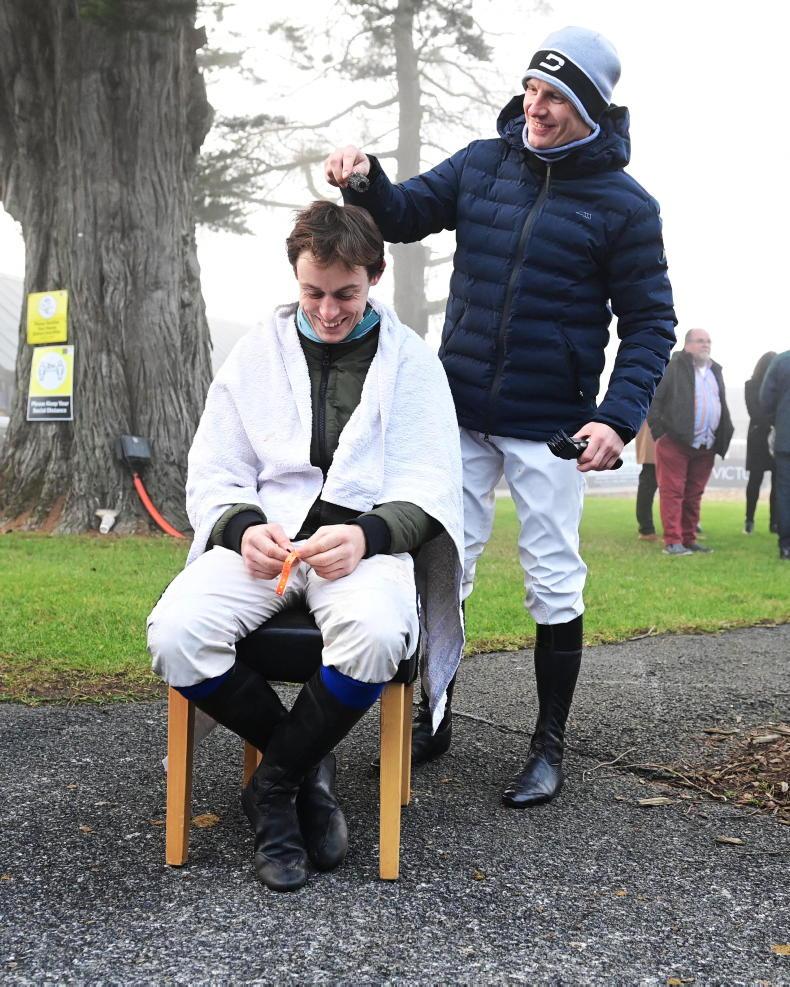 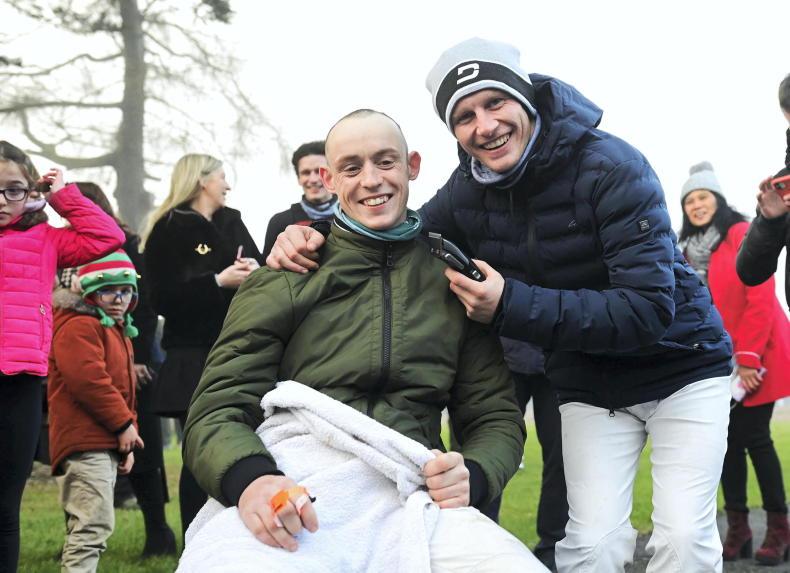 The finished article, J.J. Slevin after his headshave by Paul Townend \ Healy Racing
Previous Next

JOCKEY J.J. Slevin had a busy afternoon last Sunday at Thurles. He took the day’s feature for his boss, Joseph O’Brien, on Lunar Display. and was ‘rewarded’ later in the day when fellow jockey Paul Townend shaved J.J’s head in aid of Muscular Dystrophy Ireland.

“My cousin Jack aged only 19 died three or four years ago of that condition so I wanted to fundraise for the charity,” J.J. told The Irish Field. “We got €500 just from people around the ring and donations are coming in online. It’s typical of Irish racing people, they are very thoughtful like that.”