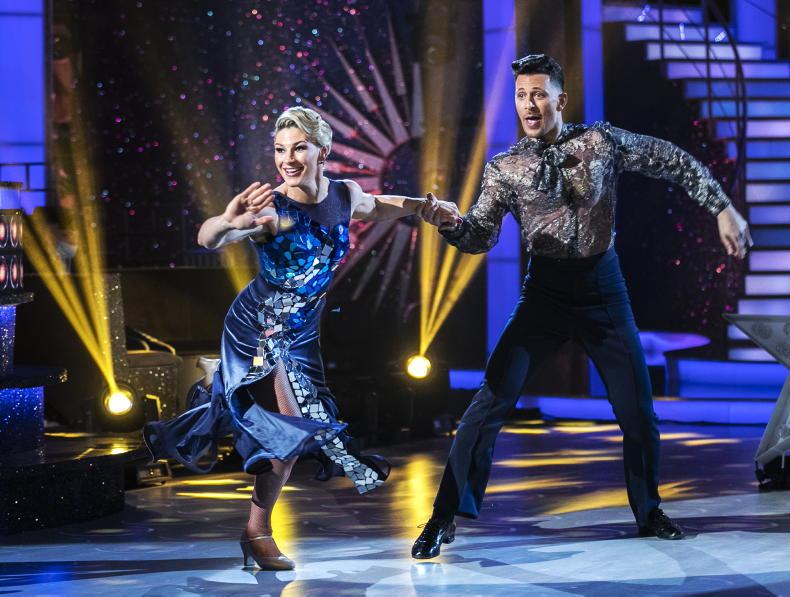 WELL she did it and you all helped but what an ambassador for herself and her talents is Nina. Nina Carberry and Pasquale La Rocca won Dancing with the Stars for 2022 and they brought racing to another front page good news story. Must be something about women in racing.

Nina and pro-partner Pasquale won over the public following an evening of sensational performances, and were crowned champions after 12 weeks of live dances on the show.

Nina told The Irish Field: “I want to thank everyone for their support - it means a lot to me. I never thought I would get that far let alone win!

“It was tough going as I was up early doing the horses and then into the studio for long rehearsals. It was a brilliant experience and I enjoyed it very much.”

Nina isn’t going to tackle more showbiz challenges just yet but is looking forward to a special holiday with her girls and Ted her husband.

The last show saw each of the remaining finalists on stage twice in a bid to win the coveted glitterball trophy. First up, Ellen and Stephen, then Nina and Pasquale, Erica and Denys, and Jordan and Salome performed their ‘judge’s choice’ number, featuring dances from earlier in the season.

Nina and Pasquale danced a Viennese waltz to At Last. And scored 30 from the judges.

The final four then took to the floor for a second time with their show dances in a final bid to be crowned winners.

Nina’s name was in lights (proper order) as she and Pasquale danced to If They Could See Me Now, earning them a standing ovation from the audience and judges alike.

Nina and Pasquale scored 29 from the judges. The public vote brought them over the line in a fast finish.

A great show and great camaraderie all round.