It's more than 5,000km from New York to Bellewstown, but it doesn't stop Irishman Derek Kierans owning runners at the track. He spoke to us ahead of the Open Morning on May 18th 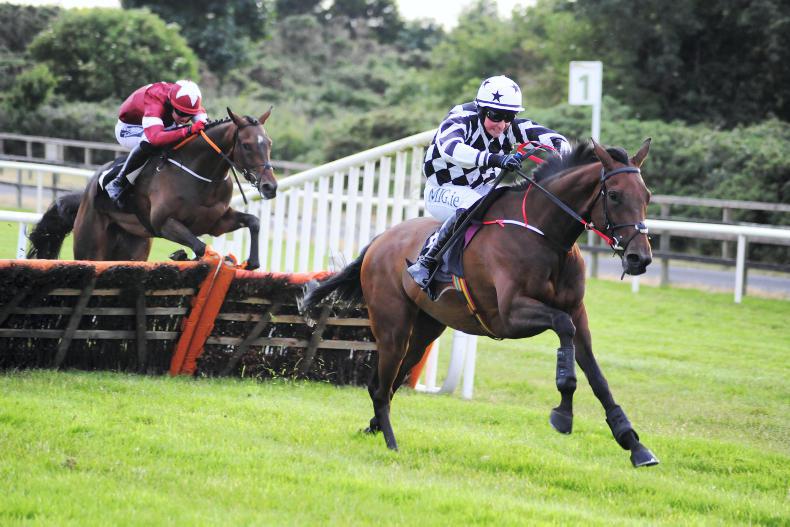 IRISH owner Derek Kierans left Drogheda for New York well over 30 years ago now and like so many Irish of his generation, has made a good life for himself in the US. Four bars in the Big Apple and over 10 horses in training back in the motherland is a fair measure of that success.

Kiernans’ increasingly familiar black and white silks have been carried to victory by the likes of Orgilgo Bay, Play The Game and most recently and significantly, Punchestown Festival scorer Pearl Of The West. Kierans is also involved in recent listed winner Go Another One, who runs in the colours of his wife Caroline Ahearn.

It might sound impractical to own horses in this country from afar but the world is getting smaller and smaller, and Kierans is one of many happy to endure such a long-distance relationship. Horse Racing Ireland statistics last year revealed the number of foreign-based new owners registered was on the up. Specifically, active American-based owners went up 26%, with new owners up 44%.

So what is it like to be a racehorse owner when your racehorses are trained over 5,000km away?

“It’s grand. The way it is nowadays, you can watch racing easily. When we’ve a horse running, I can watch it at home, at work or if I’m out, I can watch it on my phone. I watched Pearl Of The West win when I was sitting here in my office. Sometimes I’ll get a few friends around - the races would usually be on around lunchtime or in the morning.

“My brother Damien is based back at home and he acts as my racing manager. He knows his racing inside out. I’d be home three or four times a year as well and I’d hope to tie it in with seeing my horses run. Bellewstown has always been my local track and we love having horses run there.”

Communication is key in any owner-trainer relationship, but even more so when you’re living out of the country. This is one of the main reasons Kierans has his horses in training in the relatively smaller yards of John McConnell and Tom Gibney.

“For me, I want a trainer who values me. I’ve had the experience with owning horses in the bigger yards and it really isn’t for me. You put a lot of money into it and in turn you want to be treated with courtesy. Communication was always key for me, simply having a trainer who will call you and let you know what is going on and what the plans are

“I guess it’s like a food chain. If you go to one of the big trainers, you won’t get the same attention as you would with a smaller trainer. I’ve a great relationship with John and Tom, and I’d rather lose with them than win with one of those bigger yards.”

HRI pointed to the good level of prize money as one of the main contributing factors to attracting owners from abroad. They also pointed towards improvements made by racecourses for owners, something Kierans only agrees with to an extent.

“I still think they could make improvements to a few places. I am no snob or anything like that but when you’re putting the money in, you’d expect a certain level of service when you go racing.

“You see it over here, when people put money into something, like going to watch the Mets or the Yankees, you get a unique experience. That’s what HRI need to continue improving if they want to keep attracting new owners from abroad in.”

Asked if Pearl Of The West was his biggest winner yet, Kierans replied: “Yea I suppose it is. Go Another One gave us a big one at Perth as well. But like I said earlier, I’m all about winners at Bellewstown.”

It sounds like it is worth keeping an eye out for the black and white silks when racing returns to the north east Meath track.