Title: Noel Meade hits 70 and still in love with the game 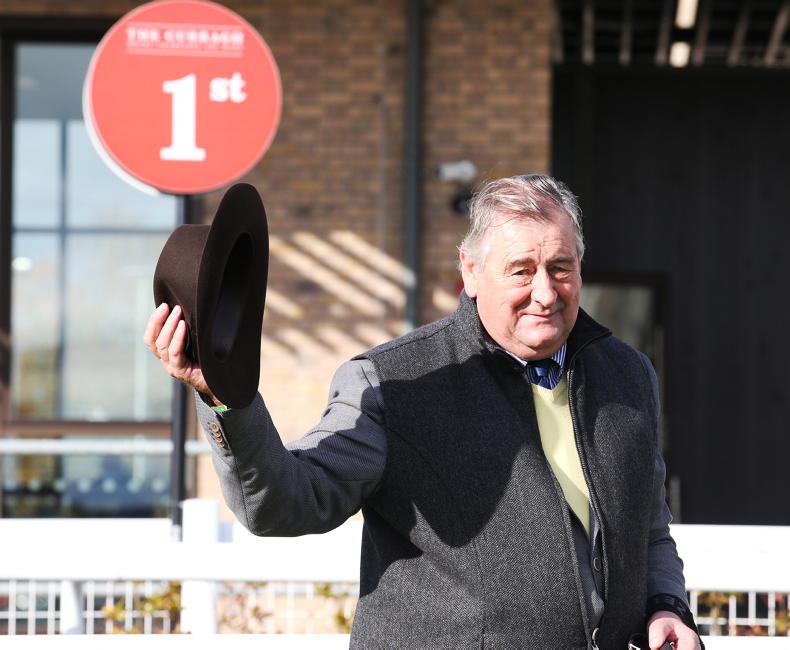 SOME of Noel Meade’s closest friends have marked the trainer’s 70th birthday today by paying tribute to his success, longevity and passion for racing.

Meade began training in 1970 and so he is also celebrating 50 years as a licence-holder. He has trained close to 3,000 winners during his career and has been champion trainer eight times.

Finbar Cahill is one of the trainer’s most loyal patrons and owned Pinch Hitter, winner of the Galway Hurdle in 1982 and 1983. He said: “I first met Noel in 1979 and he has the same passion for racing now that he had then. We have become very good friends. Noel is a very direct man, says what he thinks, and I like that. He is wonderful company and very sporting. He can take the bad days with the good.”

Gordon Elliott said: “Noel is training since well before I was born. I have become very close to him in the past 10 years. I go to him for advice and he will tell me what I am doing right as well as wrong. He’s a good man for a night out and I only hope I am going as well as him at that age.”

Eddie O’Leary, racing manager for Gigginstown House Stud, describes Noel as “one of the best young trainers in Ireland”. He explained: “Noel might be 70 but he behaves as if he was 30. He has great enthusiasm and he is brilliant with young people. A brilliant trainer and a very good guy, he has proven over the years how good a trainer he is. He has had another great year on the track and has just added George Strawbridge as an owner.”

Former international show jumper Con Power is another close friend, who can recall bringing Raymond Carroll to ride in pony races for Meade in the late 1960s: “We have been friends ever since. Noel is excellent company and I always look forward to him and Derville joining me at the Horse Show as guests every year.”

The final word goes to Paul Carberry, who rode for Meade for over 20 years prior to his retirement from the saddle in 2016: “Noel was a great boss and is a great friend. We always got on great and I wish him many more happy birthdays to come.”