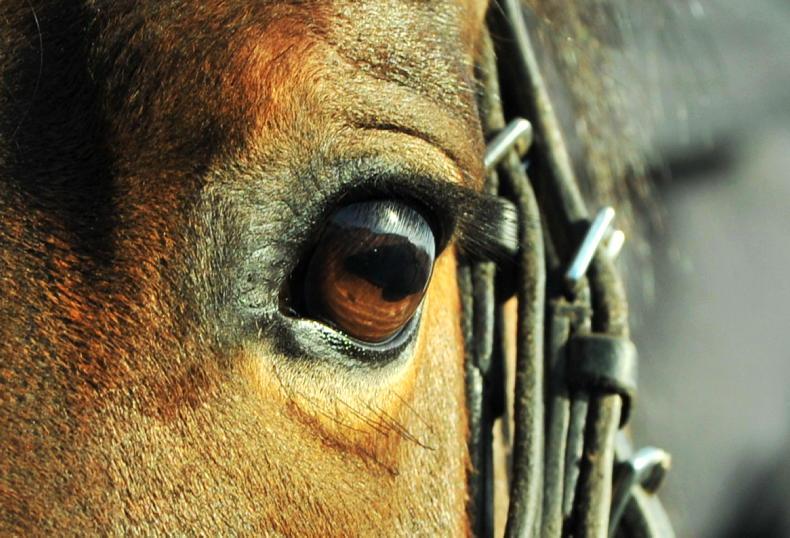 A WATERFORD pony owner, whose rescue ponies were taken to a pound in Dublin after breaking out of their field, said she was subject of an “easy pickings operation”.

Orlaith Bolger’s ponies broke out of their field and were found on the road Kilronan, Butlerstown on January 9th. Gardaí were alerted and contacted the Waterford County Council appointed contractor – a Dublin-based company – to remove the animals. They were subsequently taken to their Dublin pound where they were scanned for a microchip and the owner was then contacted.

Bolger, who is currently studying to become a vet in Budapest, was told that the ponies would only be released back to her upon payment of €1,200 for each pony, plus a maintenance fee of €20 per day, per animal, which by now would stand at €400.

Speaking on her behalf, Orlaith’s father, Des Bolger, told The Irish Field: “Orlaith rescued these ponies and had them microchipped and cared for them correctly, she does not have that kind of money to pay. The ponies were in a properly supervised field. The gate was tampered [by fly tippers] and was left with a broken chain and as a result the ponies got out. I don’t agree with horses being on road, it is a danger and I am very grateful nothing happened, but horses do sometimes break out.”

He added: “The thing about it is, when the ponies were picked up, had they been scanned for a microchip there and then, they wouldn’t have needed to go to Dublin. We don’t know what the welfare of the ponies is or the next move, other than the Council have paid this company an amount of money and they looking to retrieve their money by charging us. It seems crazy it wasn’t dealt with locally.

“The annoying part is we have a situation where there are horses roaming all around in Dublin and Limerick, yet this lorry passed a lot of horses to come collect mine. A vet could have come to read the microchips before they were brought to Dublin, this would be much more cost effective to the council and the owner. Why wasn’t this done?”

Des is concerned where the ponies, both two-year-old geldings, will end up. “My concern is where these animals are going to end up. I have made some contact with the horse trusts that take in animals, I asked if the animals were to be given to the trust could I get them back, but I can’t. As foals they were reared on bottled milk pellets, they survived and they are healthy and well.”

In response to a query from The Irish Field, Waterford County Council said: “On Sunday night, January 9th, horses were found wandering on a public road near Kilronan, Butlerstown. Gardaí were alerted and contacted the Council-appointed contractor to remove the horses in accordance with the agreed protocol and in turn Waterford City and County Council was notified of the stray horses.

“Subsequently, the WCCC contractor travelled to Waterford to retrieve the horses and bring them to their horse pound. A vet assessed the condition of the horses while in the pound. If a horse lifted from a public road is microchipped, ownership is established through verification by the Department of Agriculture, Food and Marine (DAFM) and the owner is contacted by the Council.

“Once the owner has produced proof of ownership (passport and/or microchip) and a valid EPRN (Equine Premises Register Number) verified by the DAFM, the animal is returned to the owner upon payment of costs incurred by the Council in impounding the animal. Only in cases when a horse is in severe distress or injured as determined by the vet, is it disposed of humanely. The vast majority of unclaimed horses are rehomed by a horse charity.”

They added that the un-named Dublin contractor “was appointed from the OGP (Office of Government Procurement) framework for the provision of control of horses services. The Council only recovers the costs paid to the contractor, there is no additional overhead or administration fee.”