The 2021 Goresbridge Go For Gold Sale hit new heights, bringing in €1.487 million and attracting buyers from across the world 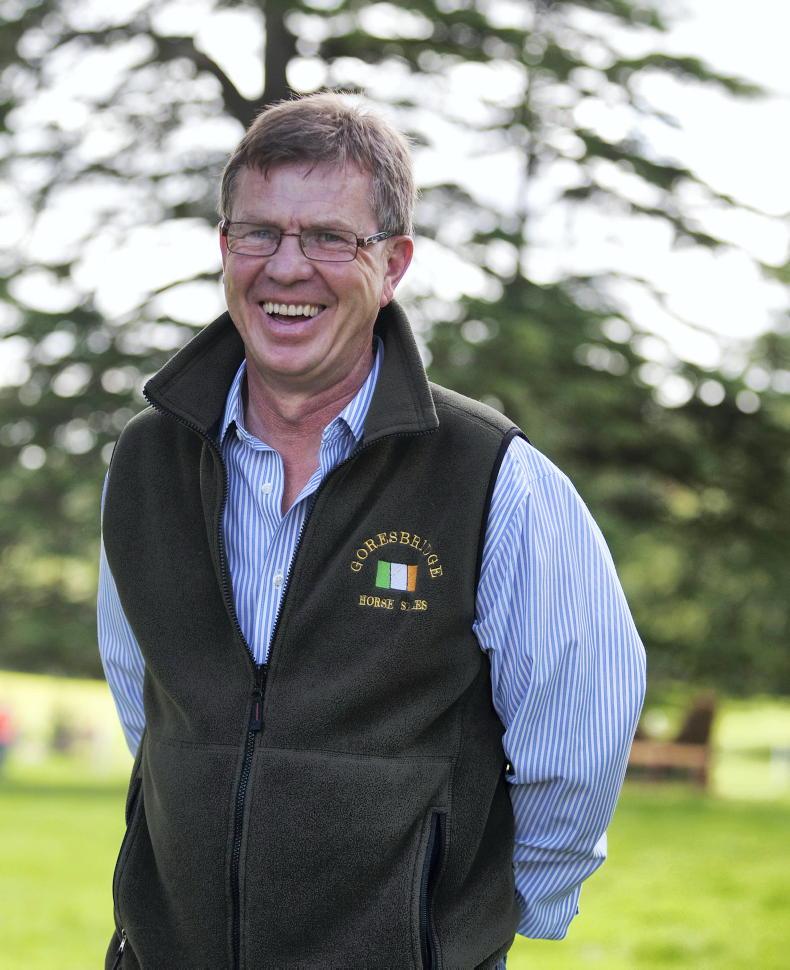 REMARKABLE trade at Tuesday evening’s Goresbridge Go For Gold Sale reached dizzying new heights with a turnover of €1.487 million for the 62 sold from the 71 horses forward.

Bidders registered from all over the world and many were unable to buy such was the strength of flying trade throughout the evening as evidenced with the high overall clearance rate of 87%. The average price for the four-year-olds was an incredible €30,538 while the three-year-old average was a very respectable €22,489.

Remote bidders – telephone and internet bidders – had a very significant impact, accounted for 45% of the lots sold on the night, with 28 horses effectively sold in living rooms all over the world.

Goresbridge’s Martin and Mary Frances Donohoe told The Irish Field: “It was an electric sale from start to finish, the best Go For Gold Sale ever. We are delighted and relieved. You are always apprehensive before a big sale like Go For Gold but trade was good all year. We were very busy with queries beforehand, the vibes were very good and we were quietly confident that it would go well. It was a remarkable sale and the trade continued very strongly right through to the end.

“It’s a huge boost to the industry at just a few euros short of a €1.5 million turnover. We say it with our hands on our hearts, it’s a real jump up for the breeders of these horses. In the case of the three-year-old sale-topper that sold for €82,000 (Lot 25), she was a home-bred by Brian Flynn and Meabh Bolgers, the vendors, so that’s very rewarding to see.

“Trade like that lifts all levels and is great for the industry as a whole – transporters will be busy, feed merchants, vets, farriers, tack shops, etc. – it filters down throughout all levels. There’s many links to the chain to make it work and all are getting a few quid out of it, it’s a real shot in the arm for breeders and producers, it gives them a platform to aim for.”

Interestingly, an impressive 20 horses were sold to North America, including the sale-topper MBF Starburst. The Donohoes reported Goresbridge Horse Sales had never had so much interest from America and a lot of hopeful USA bidders were empty-handed such was the demand for horses.

Several horses also found new homes in the USA from leisure riders who found the online facility opened up the sale directly to them. Bidders also registered from Spain, France, Poland, Norway, the Czech Republic, Switzerland, Italy, Britain and the USA.

Some 50% of the horses were sold to the UK market – always the biggest market for Irish-breds – while one went to Sweden, one to Belgium, three to Germay and three will stay in Ireland.

“The selectors got it right, people have come to expect a premium bunch of horses for the Go For Gold Sale, they come to see the best that Ireland has to offer. The strength of the sale was a testament to the quality that was there,” said Martin Donhoe.

Tribute was paid to Maurice Cousins and his team at Barnadown, Horse Sport Ireland and Tadhg Ryan of Bit-Media for the slick professional media production.

“It’s our job, we are happy to do it. There is a lot of cogs in the wheel but more than anyone else it is the vendors – 87% of whom reaped big rewards and it is about at the end of the day the horses we can put forward for sale and that is what makes it. May was our biggest sport horse sale in the history of Goresbridge and for it to carry through to the end of the year is very satisfying,” said Martin and Mary Frances Donohoe.

See pages 102-103 for Margie McLoone’s report on the Go For Gold Sale, plus the results.