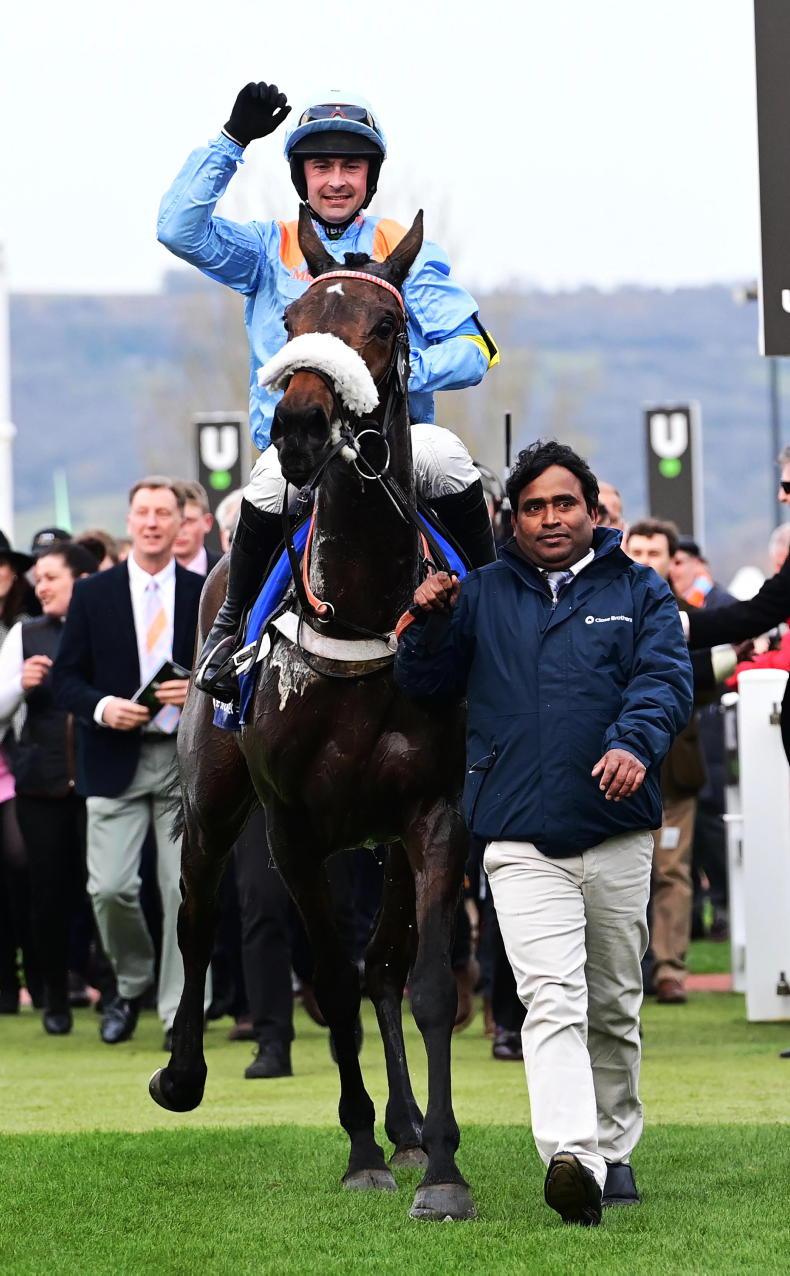 PUNCHESTOWN is a possible next port of call for Marie’s Rock following her victory in the Close Brothers Mares’ Hurdle at the Cheltenham Festival.

Though connections of the Nicky Henderson-trained seven-year-old have yet to discuss plans since her success on the opening day of the showpiece meeting, another Grade 1 target could be on the agenda in the shape of the Irish EBF Mares Champion Hurdle next month.

“We have yet to have a true discussion about whether we go again. I think while we have got her in this kind of form if we are able to I’d like to try and go again with her,” said Tom Palin, bloodstock and National Hunt manager for owners Middleham Park Racing.

“I’m aware there’s a Grade 1 over two and a half miles at Punchestown in about a month’s time for mares’ only. That is probably the logical next step to keep her against her own sex.

“She’s beaten all the mares and I imagine it will be similar horses turning up if we did think about going there.”

One thing that is unlikely to be talked about for a while is retirement now that Marie’s Rock is flourishing as a racehorse.

“We’ve not spoken about retirement. She’s a racehorse first and foremost. We want to go racing for as long as we can with her. Breeding is not something we necessarily get involved in. We’d be ending up selling her,” added Palin.

“As long as she is racing well and being competitive, long may that continue. There are absolutely no plans to retire her.”