Title: NEWS: Lamaze steps back from sport due to health issues 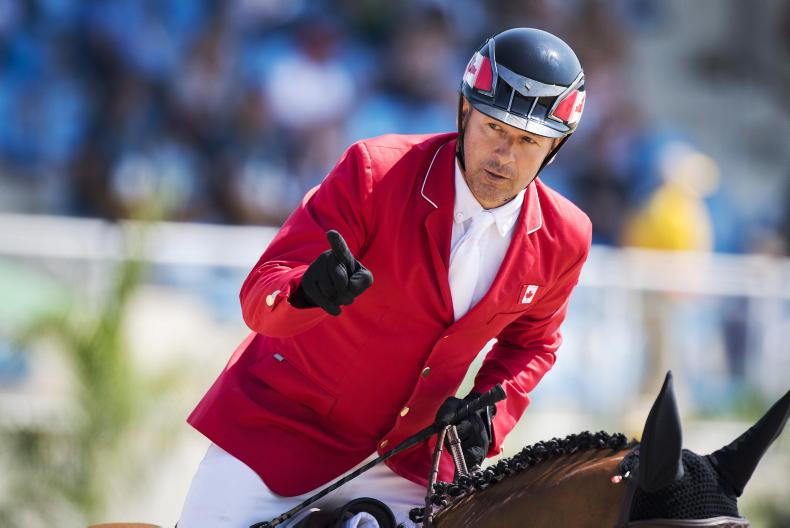 FORMER Olympic champion Eric Lamaze has been forced to take a step back from the sport due to his ongoing health issues. He has been battling with a brain tumour for the last three years.

A press release announced Lamaze will hand over the reins of his horses to his fellow Canadian Olympian Beth Underhill.

“I’ve known Beth for many years, and we first rode on a team together at the 1994 World Equestrian Games in Den Hague,” said Lamaze. “Due to my own health issues, I have to hand the reins over to someone else and I could think of no better candidate than Beth,” continued Lamaze, who will continue to oversee the horses’ training programs from the ground.

“I’m very excited at the prospect of riding for Eric,” said Underhill. “We’ve been friends for many years and competed on numerous Nations Cup teams together over the years. He’s also been a fantastic supporter, teammate, and friend to me. While I’m saddened that Eric’s health is forcing him to take a step back from his own riding career, I’m thrilled to be given the opportunity to join the Torrey Pines team.”

Lamaze (53), the 2008 Olympic champion, removed himself from consideration for the Tokyo 2020 Olympic Games this summer due to the risk of Covid-19. Lamaze and Hickstead, the horse he rode to individual gold and team silver medals at the 2008 Beijing Olympic Games, were inducted into Canada’s Sports Hall of Fame on October 3rd.