The Coolmore/SJI Premier Series and Gain/Alltech National Grand Prix series were both launched this week, with significant prize funds 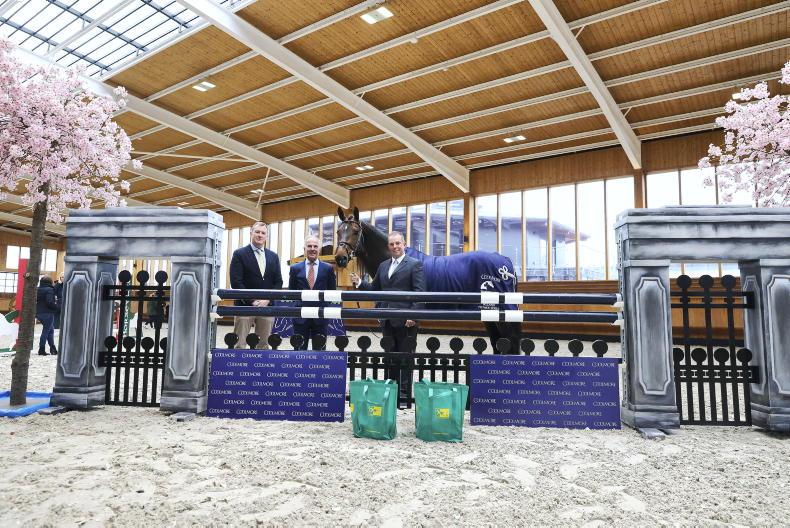 Eoin Thompson of TRM, Jerome Casey of Coolmore and Cian O'Connor at the launch of the Coolmore/SJI Premier Series at Karlswood \ Laurence Dunne Jumpinaction.net 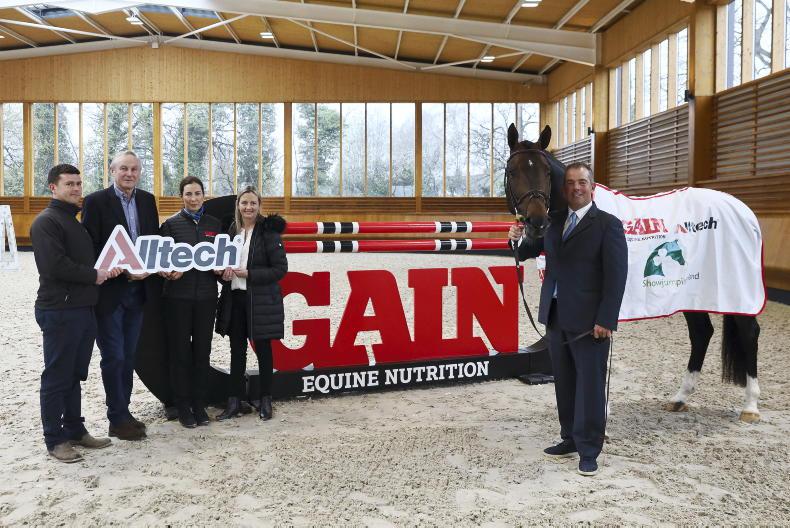 NATIONAL show jumping received a boost this week following the announcement that Coolmore is coming on board as sponsor of the Premier Grand Prix Series for the first time, while Gain Equine Nutrition and Alltech Ireland announced the continuation of their sponsorship of the National Grand Prix League.

The two leagues combined will offer prize money in excess of €200,000, a welcome boost for Irish-based riders for the year ahead.

At Cian O’Connor’s Karlswood Stables in Co Meath on Tuesday, Coolmore were announced as the joint sponsor of the Premier Series, alongside Showjumping Ireland. TRM Ireland has come on board as product sponsors of each round.

The 1.50m series, which once again carries a prize fund of close to €100,000, will be held over five rounds, beginning in Portmore on Sunday, May 1st, followed by Barnadown, Balmoral (July 10th), Tattersalls (July 24th) and the final at Mullingar on July 31st.

The winning groom and leading young rider at each leg will win €100. The breeder of the leading Irish-bred horse of the series will get €1,500, sponsored by HSI.

Speaking at the launch, Jerome Casey of Coolmore, said: “Coolmore are delighted to sponsor this series. We have had a very good association so far through the pony ranks when the family were sponsoring some pony competition. Now the three Wachman children have developed into the next stage and we said we would carry on with our sponsorship area. The family get a lot back from the sport and it is good for the Coolmore brand to be associated with the sport; as well as the thoroughbred industry.”

Cian O’Connor indicated he and his team will support the series. “We will start in Portmore. I have international plans as well, but we will try to do more Premiers than we have in the last few years. The standard of riding is very good in Ireland, it is important to support the shows.”

Raoul Masterson, Managing Director of TRM, commented: “Following on from a very successful 2022 TRM Spring Tour, TRM are delighted to continue their support for Irish show jumping. It is fitting that the highest level of show jumping in Ireland is supported by two Irish organisations that are renowned the world over for excellence.”

Another timely boost announced on Tuesday was Gain Equine Nutrition and Alltech Ireland’s continued sponsorship of the National Grand Prix. The league begins next Sunday, April 24th, at The Meadows and ends with the final on September 4th at Tipperary EC.

The sponsorship ensures a minimum prize fund of €4,000 per leg and allows for continued live streaming and videoing of the series through Irish Sport TV. The overall winning combination of the league will take home €3,000 alongside a tonne of Gain products, while the runner-up combination will receive €2,000 and the third place combination, €1,000. The leading owner will also receive €1,000.

Joanne Hurley, Irish Country Manager at Gain Equine Nutrition, commented, “The Gain/Alltech National Grand Prix is a hugely popular series that travels across the country and we are delighted to be able to support this league alongside Alltech. The Irish Sport Horse sector is very important to Gain and this sponsorship allows us demonstrate our commitment to the industry nationwide.”

Mark Moloney, Regional Manager at Alltech Ireland, remarked: “Alltech is delighted to be partnering Gain to support the National Grand Prix league for the second year running. This sponsorship underpins our commitment to supporting the Irish show jumping industry.”

Cian O’Connor honed his skills on the national circuit before hitting the heights of his international career. “The National Grand Prix series played a huge role in my development as a rider and I am proud to support the 2022 campaign. I would like to pay tribute to Gain, with whom I have a proud and long-standing association and Alltech for their sponsorship of this year’s series. As well as the financial backing these companies provide in terms of prize money, their profile also helps to attract more owners towards the league which in turn helps prepare younger horses for international competition.”

Marguerite Ryan added: “SJI are extremely grateful that Gain and Alltech are providing support to one of the main pillars of the national competitions calendar. The league runs nationwide and is well distributed and supported throughout all the regions. It is the mainstay event for many of our producers, and it is the main attraction for many of our county and agricultural shows along with the major equestrian centres.”