This strapping son of Teofilo, who is entered in the 2000 Guineas on either side of the Irish Sea and the Irish Derby, faced a stern test for his first taste of racecourse action 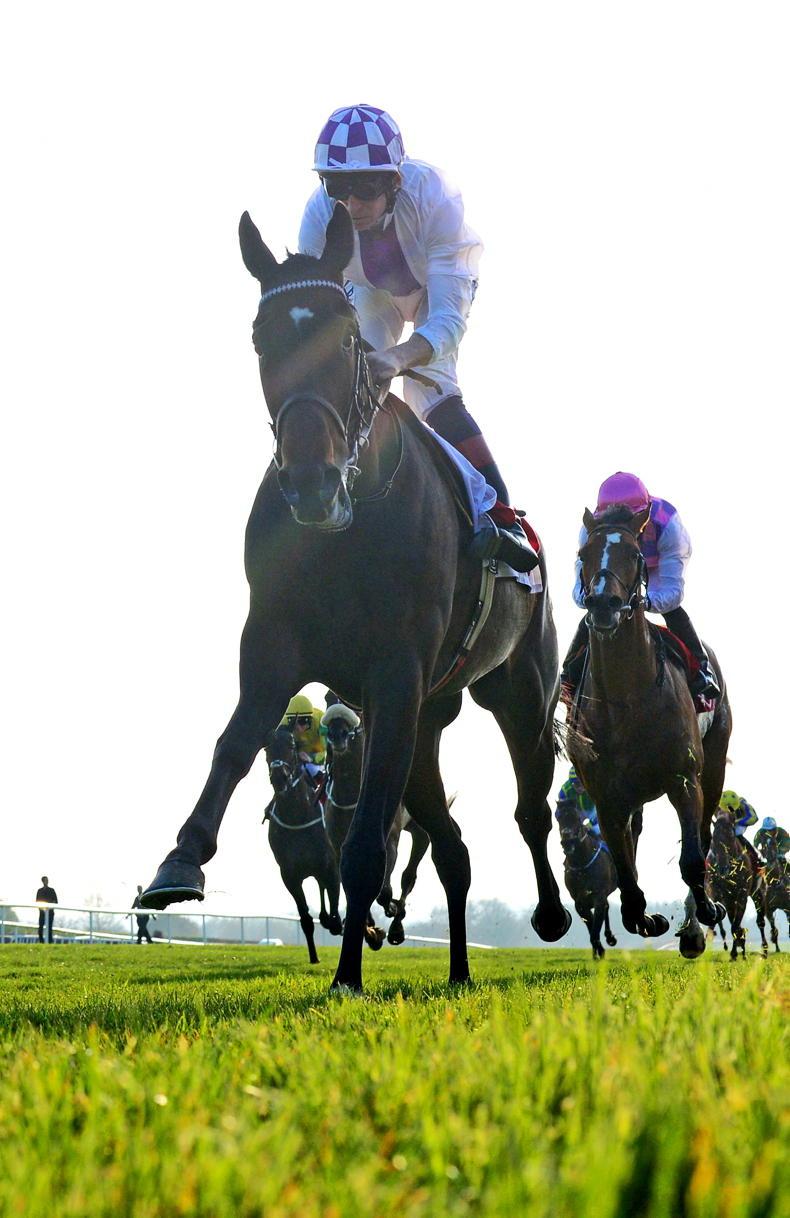 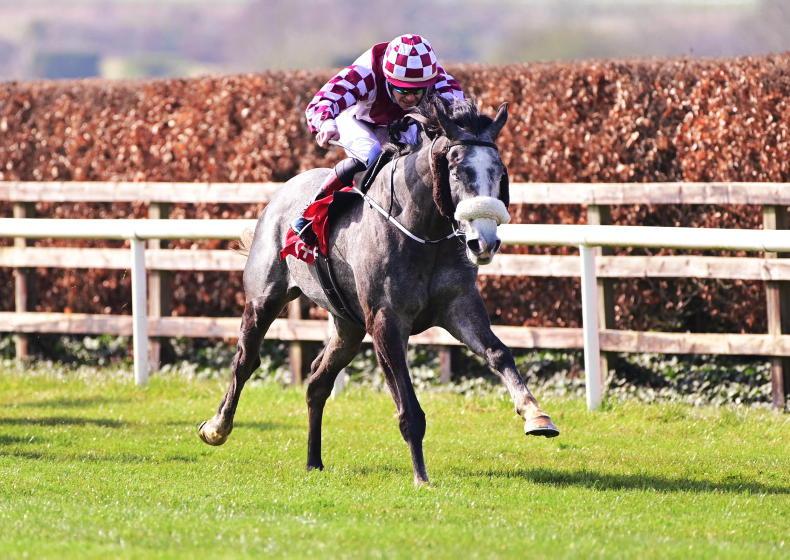 JIM Bolger’s first winner of the season arrived courtesy of a colt of substantial potential as Wexford Native made a winning debut in the mile maiden.

This strapping son of Teofilo, who is entered in the 2000 Guineas on either side of the Irish Sea and the Irish Derby, faced a stern test for his first taste of racecourse action.

Wexford Native looked a little green at times but he was well placed in second for Kevin Manning turning for home.

At this stage, he had the 92-rated Sun King in front of him and that rival took subduing.

However, the Jackie Bolger-owned Wexford Native was on top in the last furlong and he was at his strongest nearing the line where he had two and a half lengths to spare.

His next start is eagerly awaited.

“It was a tough to overcome being drawn 21 and get across. I think he has a big future.

“He has been showing us some nice work at home, and he was last year as well but he was just a big, backward horse,” remarked Kevin Manning.

Johnny Levins has his team in fine heart and he sent out his longstanding inmate Tai Sing Yeh to bag the sixth success of his career in the five-furlong handicap.

The dependable eight-year-old, who is owned by Hugh Ward and has finished outside the first five just twice in the last year, looked right at home on his second try at the minimum trip.

The 6/1 chance made most of the running for Donagh O’Connor and kept on nicely over the last furlong and a half to defeat Livingston Range by three-quarters of a length.

“The horses seem to be very forward and they look to be in good form and long may it continue,” declared Levins.

“This horse hasn’t had too many tries over five furlongs and I was surprised he was able to dictate things.

“The run in Dundalk (third there last Friday) sharpened him up and the head gear keeps him sharp too.”

Jessica Harrington and Shane Foley were also amongst the winners as the 66-rated Supagirl produced a likeable effort from the front in the three-year-old 10-furlong handicap.

This Pride Of Dubai filly signed off with a third in a Leopardstown nursery last autumn and showed that she has trained on well as she turned away one rival after another in the straight.

Haroya provided the stiffest resistance and she closed in steadily but Supagirl went to the line in determined fashion to get home by a length.

The 3/1 shot is owned by her trainer, John Hennessy and Carmel Acheson and she could turn out again at Leopardstown today.

THE Group 1-placed juvenile Stone Age is surely hot on the trail of a Derby Trial as he made a commanding return to the fray in the 10-furlong maiden which completed a short priced double for Aidan O’Brien.

On a rare midweek visit to Navan for Ryan Moore, Stone Age produced a performance befitting a horse who was a good second in the Criterium de Saint-Cloud at the end of last season.

The Peter Brant-owned son of Galileo was sent off the 1/3 favourite and dominated this race from the front. From early in the straight Stone Age began to open up a commanding lead and he kept on powerfully to finish some nine lengths clear of the newcomer Active Duty.

“He was very smooth today. Hopefully he can gain a bit of confidence from this. I think he is a smart horse,” said Moore.

Earlier on the card the 101-rated New York City (2/9) made short work of his rivals in the five-furlong Irish Stallion Farms EBF Maiden.

This Invincible Spirit colt was placed in four of his five runs last year and was beaten less than five lengths in the Middle Park Stakes on his only unplaced effort, all of which suggested he had been found a gilt-edged opportunity.

New York City was beaten a couple of times at odds-on last autumn but his supporters had no concerns this time as the colt, who wears the Westerberg colours, dashed into a clear lead for Ryan Moore over a furlong out and won by seven lengths. He should have no trouble transitioning to a higher level of competition.

MATTHEW Smith has a candidate for some decent staying handicaps after the progressive German import Dartan notched up his second win in succession in the one-mile, five-furlong handicap.

Fresh from a win over two miles at Dundalk, the five-year-old son of Reliable Man shrugged aside an 8lb in the ratings under Declan McDonogh.

From early in the straight, the former champion jockey began to ask his well-positioned mount for more and Dartan responded. He made his way past the front-running Team Of Firsts nearing the last furlong and then fought on bravely to defeat No Say Ever by a head.

“He just does enough. We got him out of Germany last year and he’s a laid back type at home and hopefully some of those big staying handicaps will be ideal for him.

This trip might be as short as he wants to go and we have the option of going back over hurdles with him too,” reported Smith afterwards.

Scott Lang (13/2) might be another staying handicapper on the up on the evidence of his display in the 47-70 rated contest over a mile and five furlongs where he made a winning debut for Paul Flynn.

This Michael Dervan-owned five-year-old ran a couple of very nice races at this track last year when his overall form suggested that he would take advantage of a rating of 68.

On this occasion the always prominent grey, in first-time cheekpieces, was sent to the front by Luke McAteer just under two furlongs from home.

The pair soon held a useful lead over the chasing pack which they maintained to the line to score by a length and a half.

There was a sting in the tail for the winning jockey as he was hit with a six-day whip ban.