Title: NAVAN SUNDAY: Flash has the scope to light up Troytown for Doyle 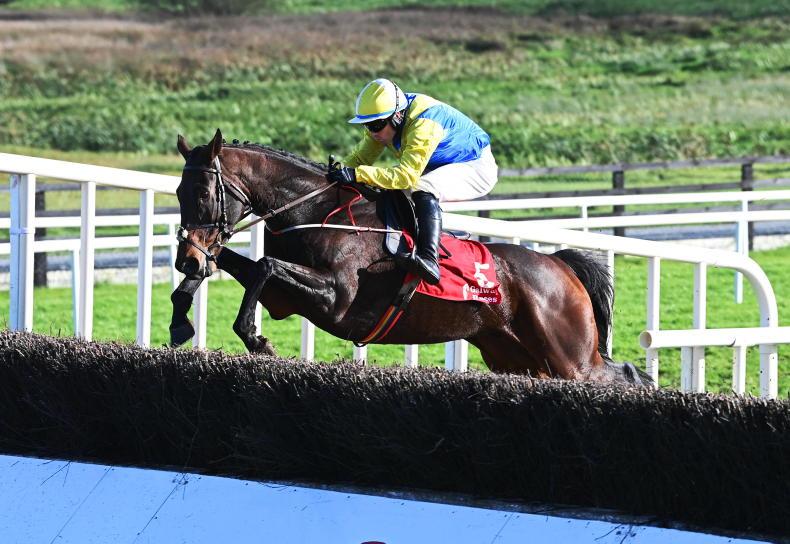 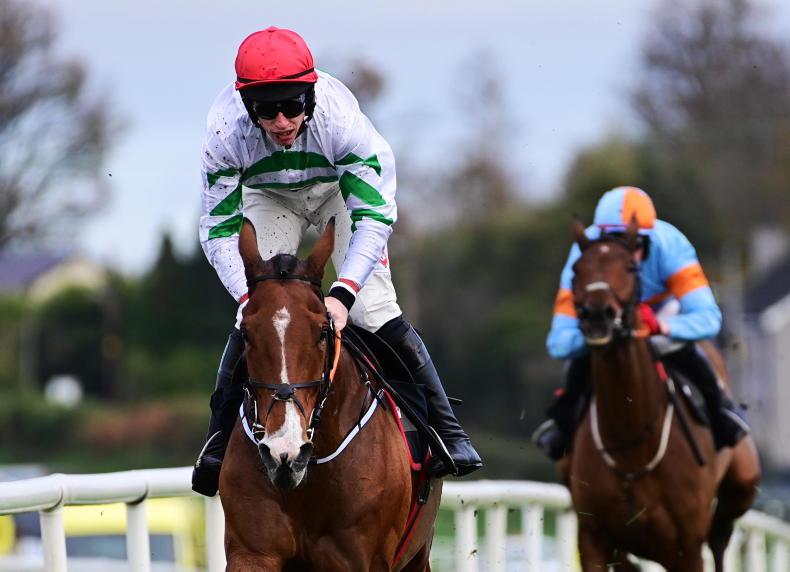 American Mike will be the focus for many in the Monksfield Novice Hurdle but could he be vulnerable in a hot race? \ Healy Racing.
Previous Next

A chance is taken on newcomer Tekao, who represents the Willie Mullins yard and perhaps significantly, is the choice of Mark Walsh ahead of another notable J.P. McManus runner. A recruit from France where he won a 10-furlong maiden at Lyon Parilly, the son of Doctor Dino was subject of warm reviews from his trainer in various stable tours.

New Year Honours has the advantage of having a run, and that effort was useful, chasing home Cougar in a traditionally good juvenile hurdle at Down Royal. Joseph O’Brien’s Comfort Zone, the other McManus runner, is also noted as an 85-rated son of Churchill coming off the flat.

Grangeclare West is the most intriguing runner here, having cost £430,000 but not seen on a racecourse since winning his bumper at Punchestown in May last year. He could win well but might be worth opposing at a potentially short price on this occasion. Firm Footings could be the one to take against him. He improved from a debut third at Punchestown in April to win at Galway in October, where he did well to fend off Soldante with the pair of them coming clear.

Kudasheva is another smart looking point-to-point recruit, having cost €370,000 after winning a Ballycahane four-year-old fillies maiden that has worked out reasonably well.

American Mike is a top prospect for novice hurdles this season but he faces a few more here and he might be worth opposing at a short price. He ran out a comfortable winner at Down Royal and obviously had top class bumper form last season but this is a reasonably tough assignment despite a small field. Dawn Rising, Three Card Brag and Affordale Fury all have claims and the vote goes to the last mentioned. He beat a smart subsequent winner in Monbeg Park at Galway on his previous run, and the time for that race was impressive, with the pair coming clear. Previously Noel Meade’s gelding won his bumper at the same track and looks set for a bright future.

Three Card Brag looked to be begging for this step up in trip with the way he finished out the For Auction Novice Hurdle at this track on his previous start while Dawn Rising was a smart winner of a maiden hurdle at Listowel.

Jungle Prose has won four on the bounce and has a reasonable chance of making it five, despite having gone up another 16lbs for her Punchestown win. She won’t be missed by the market but we can find a way in through her form with Rebellious Gale who got as close as any horse has to her when just under four lengths behind her at Down Royal. Tony Martin’s gelding went up 4lb for that effort, but that looks miniscule now when you consider what the winner did since and in any case, the six-year-old has plenty of scope to improve further now.

Of course there are plenty in with a chance here, including Lord Erskine, who is a course-and-distance winner and has been in good form lately, having finished fifth to Shewearsitwell in a Pertemps Qualifier at Punchestown last weekend. Bay Ambition is also worth considering after a promising start to his season when third to Robinstown at Clonmel.

Gordon Elliott has a squad of eight in his bid to make it six wins in nine years in this contest but Frontal Assault very much looks like his number one hope. He bears similarities with Elliott’s winner of this race last year Run Wild Fred, as a second season novice chaser who had finished second in the Irish Grand National the previous season. He warmed up for this by winning well at Galway and ought to run really well but at the time of writing he is well found in the market.

At a significantly bigger price, it might be worth taking a chance on Liz Doyle’s Flash De Touzaine, who fairly bolted up on his seasonal debut in a Galway handicap chase that has worked out well. That was just his fifth start over fences as well, so he should come on plenty and this trip will be fine - he finished fourth to Velvet Elvis over this course and distance in March. That Tom Gibney-trained runner has been well backed this week and does have a progressive-looking profile but he has to put a poor enough run behind him having finished well held in the Munster National when sent off 8/1.

Egality Mans makes more appeal. Willie Mullins’s chaser showed his prowess over three miles plus on soft ground when running out an easy winner at Wexford last term and though he never really kicked on from there, his staying-on fifth to Royal Rendezvous in the Grade A two-mile-five-furlong handicap chase at the Punchestown Festival showed his ability and promise to land one of these big pots.

Elliott’s remaining squad are likely to be involved and two who make appeal are Farclas and Death Duty. Farclas has loads of good form in top staying handicap chases and remains competitively handicapped, as does Death Duty, who you have to forgive for a poor effort in the Munster National, but he is now just 2lb above his last win in the Grand National Trial at Punchestown, and Davy Russell rides him.

Saint Roi might not have made the Champion Hurdle standard last year but he was much the best of these at that discipline and he can continue his trainer’s fine run in this race. The champion trainer has won this contest with Min, Douvan, Vautour and Al Boum Photo in recent years gone by so it’s a fair indicator to run the son of Coastal Path represents Closutton this time around.

Fil Dor is an intriguing addition to the novice chasing ranks, having taken a high order in juvenile hurdles last season and able to receive weight allowances form his elders here. Slip Of The Tongue is also worth noting. He was brought along slowly over hurdles last term and may now excel at this discipline.

Lily Du Berlais has the best form on offer, having come out best in a close-fought finish in the Grade 2 mares’ bumper at the Dublin Racing Festival, but this is her first start since that run and she has to concede weight to some talented fillies. Not least Miss Agusta, who gets 7lb from her as she hasn’t won, but her form to finish second to Absolute Notions in the Land Rover Bumper is very strong and she could be tough to resist now, with the benefit of that experience. She has since been acquired by Gigginstown and her stable continues to operate in red hot form.

Jetara shouldn’t be discounted either. She gets 4lb from the Lily Du Berlais but her second to Troubled Times in a listed mares’ bumper at Gowran Park is good form and she should run well again.