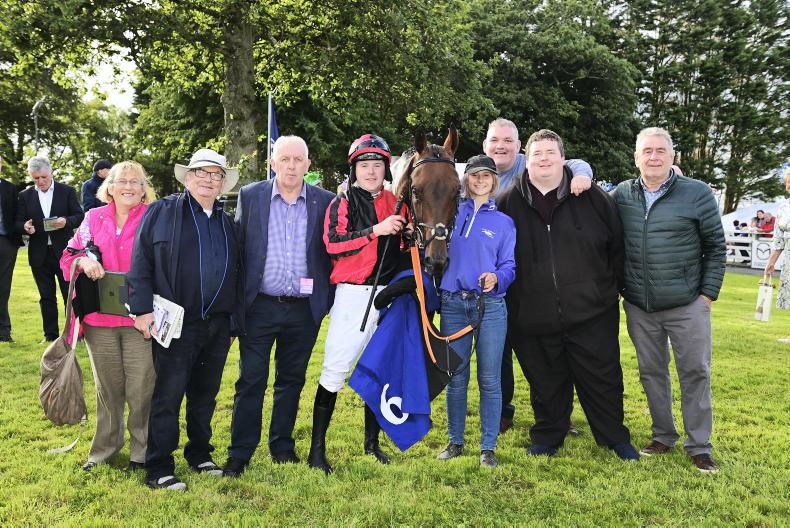 LAST Thursday week’s meeting at Sligo produced a couple of interesting winners starting in the two-and-a-half-mile maiden hurdle which went the way of the Gavin Cromwell-trained, Luke Dempsey-ridden Magheralin Mick.

The five-year-old Scirocco gelding runs in the colours of Michael Lynch who also owned the Berry Farms-bred Battleoverdoyen when that Doyen gelding, then trained by Jerry Cosgrave, won his point-to-point maiden at Loughanmore in April 2017 under the expert riding of Mark O’Hare.

Lynch gave €27,000 for Magheralin Mick as a foal at Goffs December Sale in 2017 and bought him back in when the horse was sent to the Derby Sale as a three-year-old.

He is the first foal out of the bumper-winning Presenting mare Present Flower, a half-sister to the multiple blacktype performers Boychuk (by Insan) and Golden Chieftain (by Tikkanen), who were bred by the late Robert Donaldson out of the nine-time winning German-bred mare Golden Flower.

Thirty minutes after Magheralin Mick’s success the father and son team of trainer Gary McGill and son Oran landed the handicap hurdle over the same trip with the New Approach gelding Building Bridges who had been on the mark at Downpatrick in early May.