Title: MARGIE McLOONE: Case Of You returns with easy win 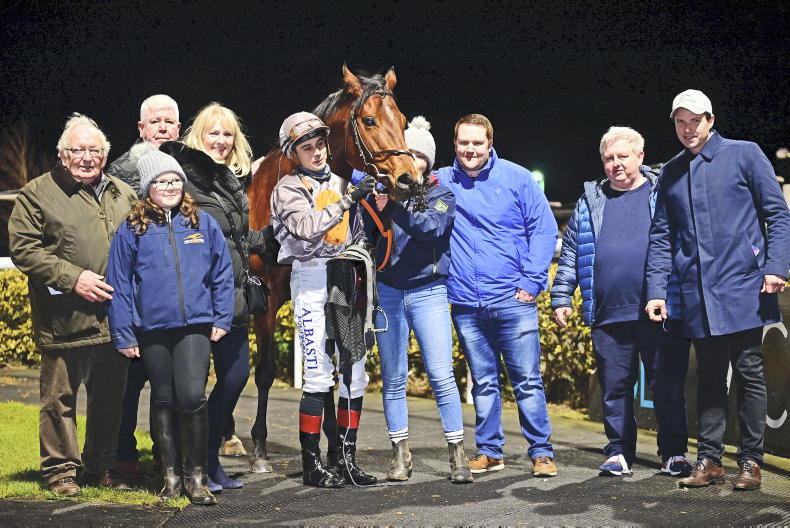 THE Gary Devlin-owned Group 1 Prix de l’Abbaye de Longchamp Longines winner A Case Of You got his four-year-old career off to the perfect start last Friday evening when comfortably landing the concluding six-furlong conditions race at Dundalk Stadium at odds of 4/11.

The Ado McGuinness-trained Hot Streak bay, who followed his Parisian triumph with a fifth-place finish in the Grade 1 Breeders’ Cup Turf Sprint at Del Mar in early November, will be on his travels again later this month to Dubai where he will be targeted at sprints on Super Saturday (March 5th) and Dubai World Cup day (March 26th) at Meydan.

The preceding race on Friday, division two of the seven-furlong apprentice handicap, saw a gamble being landed by the Leanne Breen-trained Woodrow who was supported in from 20/1 to 6/1.

Racing for the sixth time in the colours of Kildare’s Patrick Gallagher, the five-year-old Ivawood gelding was recording his first success for Breen whose Warrenpoint yard he joined following his win in a Leopardstown claimer last August.

The ex-Patrick Turley-trained Gaelic Park created a very favourable impression last Saturday at Warwick where, on his first start for Charlie Longsdon, he landed the concluding bumper under Jonathan Burke.

On his only start for Turley, at Loughbrickland last November, the son of Ocovango, who is a half-brother to four winners including Chantry House, landed the Tattersalls NH five-year-old geldings’ maiden in the hands of Deckie Lavery.

At that same Warwick meeting, which was sponsored by Virgin Bet, the two-mile handicap hurdle was won by the Alastair Ralph-trained Osprey Call who was recording his third career success. The seven-year-old Winged Love gelding was bred by Ballynahinch’s George McCullagh out of the hurdle-winning Witness Box mare Courting Whitney.

Also over jumps, but at Kempton on Saturday, the Colin Tizzard-trained Killer Kane landed the three-mile Racing TV Novices’ Handicap Chase in the hands of Brendan Powell. The seven-year-old Oscar gelding, who was adding this first win over fences to one over hurdles for his present connections, was bred in Ballyward by Sean McElroy out of the unraced Native Idea (by Be My Native), dam previously of the triple Grade 1-winning hurdler Go Native (by Double Eclipse).

At Plumpton on Monday, there was a second career success for the David Pipe-trained Neon Moon in the extended two-and-a-half-mile handicap hurdle. This six-year-old No Risk At All gelding was bred in Tandragee by Colm McDonnell out of the Winged Love mare Hidden Horizons who won a point-to-point, a hurdle race and a chase when trained by Stuart Crawford.

On the level at Lingfield on Saturday, the William Haggas-trained True Icon justified odds-on favouritism when landing the six-furlong Coral Fillies Novice Stakes by three and a quarter lengths. The chesnut daughter of Churchill, who was getting off the mark on the fourth time of asking, was bred by Max Ervine out of the winning Orientate mare Purple Glow. 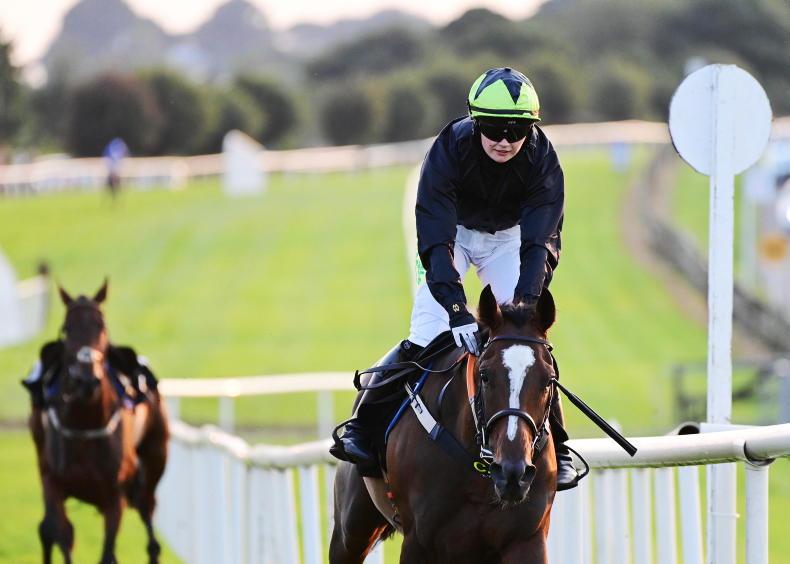 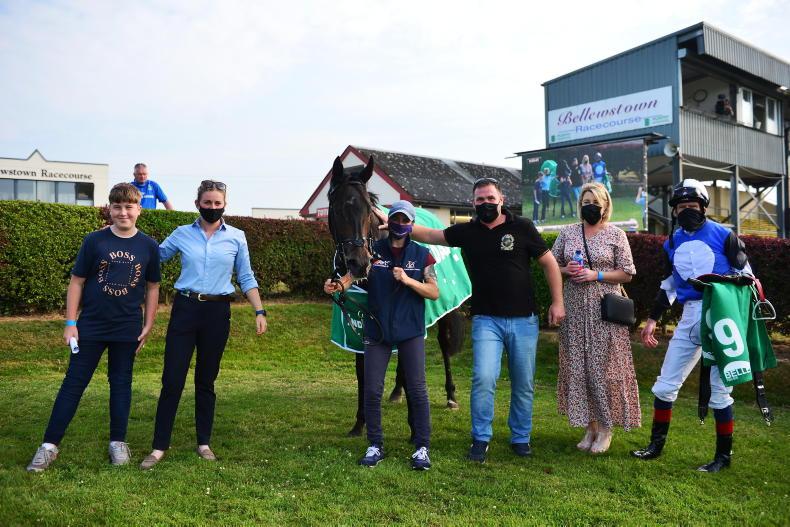 MARGIE McLOONE: Tommy’s Boys go 'Mad' in Bellewstown
The Leanne Breen-trained That’s Mad was winning for the second time in his career