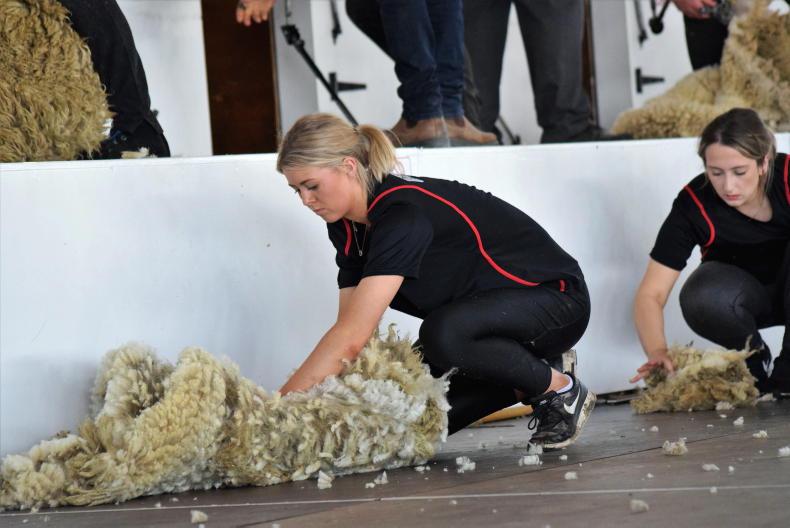 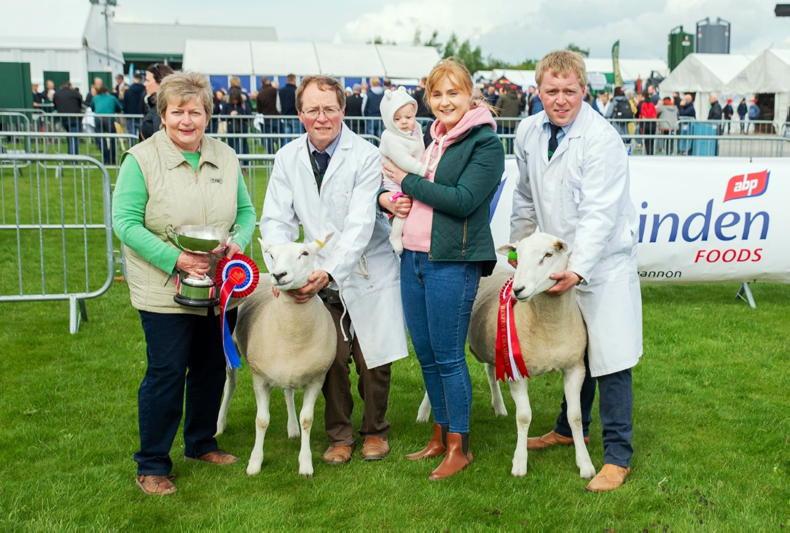 ANOTHER sheep-ish story concerns a member of Ballyclare’s McConnell family.

While her younger sister Felicity competed in the rarefied air of the Irish Thoroughbred Marketing racehorse to riding class, winning on their mother Jayne’s Easy Pleased, Jessica McConnell was otherwise engaged.

She can be seen here rolling wool which, apparently (one learns something new every day), is an important part of any sheep shearing competition and actually has a competitive element of its own. Disappointingly for Jessica, as she was doing her university exams, she couldn’t commit to the competition this year but turned up to roll wool when she could.

The competitions and rollers at Balmoral are organised by Jayne Harkness of Ulster Wool with local farmers supplying the sheep.

Representing Queens University Belfast, Jessica is a member of this year’s Irish Universities Riding Clubs Association squad from which teams are selected and trained to compete in the Student Riding Nations’ Cup series and the World University Equestrian Championships. She and Felicity are both members of the East Antrim Pony Club.

MEMBERS of the Kennedy family are always ready to help out at the East Antrim point-to-points in Loughanmore and, over Easter, Jayne took declarations and made announcements and son Andrew acted as assistant starter.

The Kennedys won the same titles in 2019. The flock was established in 2005 and all members of the family are involved.

The Kennedys also enjoyed success on the Cattle Lawns last week, gaining a first in the senior bull class for Salers with the five-year-old Kaimburn Mr Cool.