Dorans Pride and Deep Bramble flew the flag for the Co Limerick family in the 1990s at Listowel. Now it is the turn of the next generation 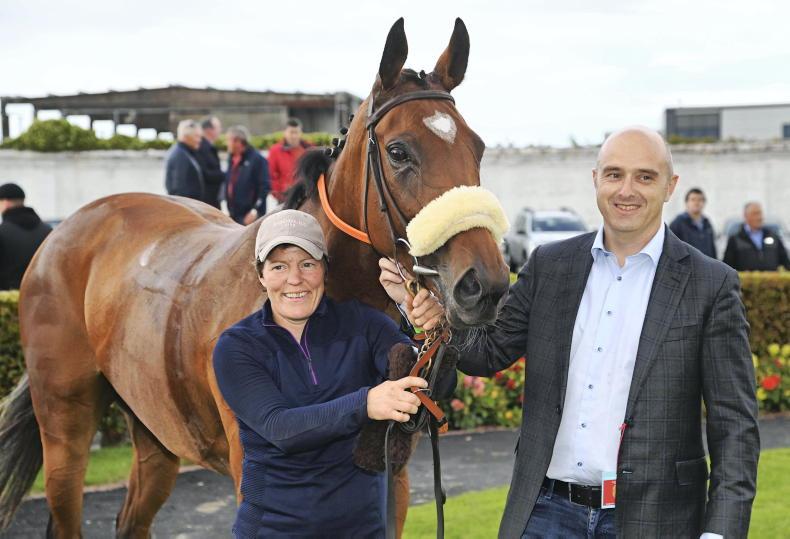 THROUGHOUT the 1990s trainer Michael Hourigan was the go-to man when it came to finding Listowel winners.

Four years earlier, Michael Hourigan selected Listowel as the venue for Dorans Pride’s winning hurdles debut and the yard also won the Kerry National that year with Deep Bramble. He was followed home by stable companion For William, who had also been runner-up a year earlier.

Turning 75 later this year, Michael may have wound down his Patrickswell operation these days but he is still training winners and is aiming his very good mare Dorans Weir at a race there next week.

And he may not be the only Hourigan with a runner at the festival. His youngest daughter Laura recently trained her first winner, Pimstrel, and she hopes to be represented next week too.

“Pimstrel is entered for races on Tuesday and Thursday but we need some rain,” she told us this week. “Pimstrel actually won the Tuesday race last year for trainer Jarlath Fahey. A couple of months later he ran her in a claimer at Laytown and my brother Mark advised me to buy her.”

Laura is only training four flat horses at the moment. Another of her string, Notforalongtime, could also run at Listowel.

“I’m sharing the yard with Dad and I am deliberately keeping the numbers low for now, as I am doing it all myself,” she explained. “That’s where some young trainers go wrong – they get too big too fast and it’s hard to maintain.”

Laura rode 29 winners as an amateur, including some at Listowel, but plays down her ability as a jockey. “I never took it as seriously as Nina, Katie or Jane. I wasn’t that brave over a jump though I did win a point-to-point and a hurdle race.”

She can remember almost all her father’s big winners at the Harvest Festival. “I was very small when Deep Bramble was winning. My sister Kay and Aidan Fitzgerald looked after the good horses in the yard at that time. I even remember Dad finishing third on Dorans Pride in a charity race at Listowel in 2001.

“Dad liked to aim his good horses at the meeting, get them started for the season. It’s only an hour and 20 minutes from us and we had a lot of Kerry owners in those years. It was always a busy week for us.”

Laura says she has great support from her family. “I can ask Dad, Kay or my brother Michael anything about horses. Kay is especially good on treating injuries. My brother Mark has a good eye for a horse and my other brother Paul, who is in England, also gives me advice. My mother, Ann, keeps it all going. She keeps us all fed, and the horses too.

“Mark Enright is very good to me as well. He rides work for me when I want him and advises me where to go with the horses. He’s a great help.”

After Pimstrel won at Galway Laura received lots of congratulatory messages. “I even got a call from Noel Meade. He told me the first winner is the sweetest!”

A first Listowel winner would be even better.