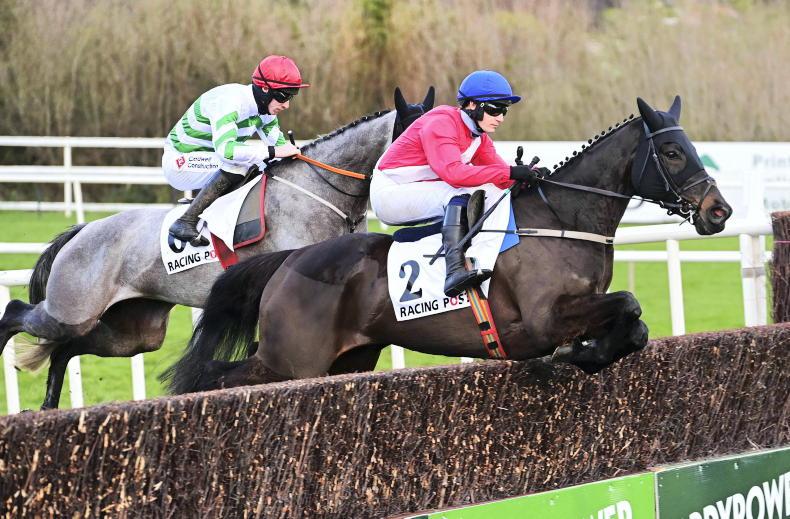 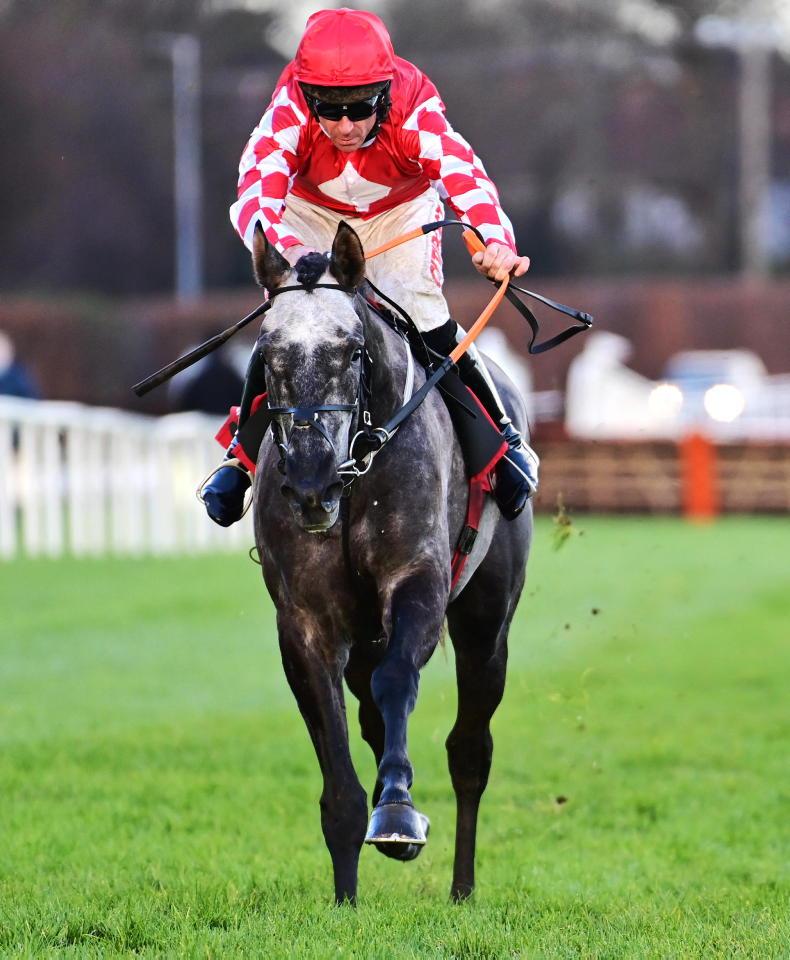 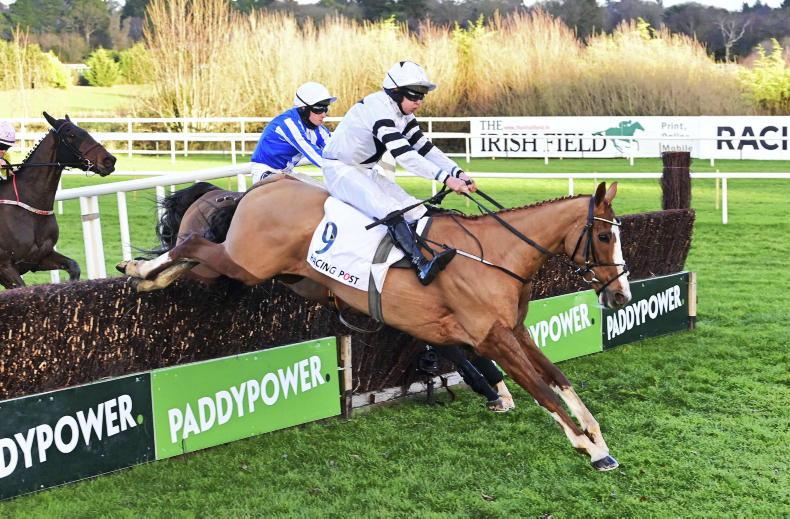 HIS connections have had to be patient since March 2020 with his Cheltenham Bumper success being followed by a mere two starts prior to last weekend, but that approach looks like being rewarded many times over as Ferny Hollow dazzled in an enthralling edition of the meeting’s first top-flight prize.

A fifth winner of this race in seven years for Willie Mullins, the Cheveley Park Stud-owned Ferny Hollow was returned the 10/11 favourite to build on a successful return from over a year off at Punchestown three weeks previously.

On this occasion, Ferny Hollow faced an altogether different test as he was taking on the talented Riviere D’Etel who had created a big impression in winning her first three starts over fences.

These two quality novices served up a tremendous spectacle as they set off at a strong gallop with Ferny Hollow showing the four-year-old filly the way.

To their considerable credit, the front two never missed a beat in a race they effectively had to themselves from a long way out.

As a result of damage sustained on the first circuit, the last fence wasn’t jumped which meant a very lengthy run-in faced the leaders when they cleared the obstacle before the straight.

At this stage a game Riviere D’Etel loomed up to eyeball the favourite, but Ferny Hollow was simply unyielding.

Both horses maintained an unfaltering tempo all the way to the line and Ferny Hollow carried the day by a length and a half, with the placings completed by Coeur Sublime who was 14 lengths back in third.

In a testament to how much the winner had progressed from his chasing debut, it is worth noting that Coeur Sublime got to within four lengths of Ferny Hollow when they met at Punchestown.

“I thought it was a huge performance giving away 13lbs to a filly (Riviere D’Etel) that no one has gotten near this season. I was also worried was asking too much too soon of him coming back three weeks off an 11 months absence.

“I thought things were against him but he still pulled it out of the bag. It was an awesome performance,” said Mullins.

“He loves jumping and he obviously has a big engine too. We could have waited for Punchestown in mid-January but I looked at this and felt we would come here but the closer the race came I was wondering was I doing the right thing.

“I would imagine we will come back here for the Dublin Racing Festival next,” continued Mullins.

FIL Dor cemented his position as the leading Irish juvenile hurdler through the first half of the season as he made it three wins from as many starts for Gordon Elliott in the Grade 2 Knight Frank Juvenile Hurdle.

Davy Russell’s mount appeared to go through this race in a very relaxed fashion before looming up to join old rival Lunar Power on the run to the last.

The 4/9 favourite wasn’t all that fluent there but he then turned on the style as he stormed clear on the run-in to score by seven lengths from a rival who was 3lb better off for a length and a quarter beating at Fairyhouse last month.

“You’d be half nervous watching him but that’s just him. He’s very relaxed and Davy said there was plenty there if he needed,” reflected Elliott whose charge is owned by Caldwell Construction Ltd.

“The obvious race to go for is the Grade 1 at the Dublin Racing Festival and it will be either that race next or straight to the Triumph Hurdle.”

Elliott and Russell promptly followed up as The Greek picked an opportune time to register his first success in the TRI Equestrian Novice Handicap Hurdle.

A typically competitive 26-runner edition of the this two-mile affair served up a terrific finish as The Greek and Belgoprince both made their move on the run to the final flight.

A good jump at the last by The Greek enabled him to eek out an invaluable advantage on the run-in and he edged out his tenacious rival by little more than a flared nostril.

The five-year-old is owned by the It Takes Allsorts Syndicate and certainly deserved to get his turn having finished no worse than fourth on his last seven completed starts, while he also had the distinction of giving Russell his first ride back from almost a year off at Downpatrick in September.

A winner at Limerick and Sligo earlier in the season, the six-year-old came here off an excellent second in a Grade B handicap chase at Fairyhouse last month but was still allowed to go off at 18/1 under Shane Fitzgerald.

Grange Walk, who is owned by his breeder Edward Gleeson, asserted coming away from the final fence to defeat Exit Poll by just under four lengths.

“He’s a fair horse and he’s only coming to himself and I would say we will head on for the Dan Moore at Fairyhouse in a few weeks’ time,” commented John Ryan.

Gerhard has all the gears

WILLIE Mullins and Paul Townend were out of luck with State Man in the opener but they bounced back immediately with Sir Gerhard in the Thorntons Recycling Maiden Hurdle.

Last season’s Cheltenham bumper winner, who is owned by Cheveley Park Stud, produced a typically clinical and straightforward display from the front.

The 2/9 chance controlled the race at all stages and eased clear of Highland Charge and Ash Tree Meadow in the straight to score by an easy eight lengths which could have been much greater had Townend needed to extend his mount.

This effort signalled that Sir Gerhard will be a formidable foe at the upper reaches of the novice division over the coming months.

“His jumping was slick there. I’m hoping he will climb the ladder and something like the Dublin Racing Festival could be next but I’m just going to wait and see how we get through Christmas before making plans,” observed Mullins.

A day of days for the champion concluded with an impressive debut victory for Facile Vega in the four-year-old bumper.

The second produce of the great Quevega whom Mullins trained for this gelding’s owners and breeders, the Hammer & Trowel Syndicate, this Walk In The Park gelding was a well-touted sort beforehand and the 10/11 favourite certainly looked the part.

He tanked through the race from Patrick Mullins and needed only minimal prompting to surge clear in the straight and defeat Joyeux Machin by half a dozen lengths.

“He’s always shown me that he is decent. He worked well last year and we said we’d put him away until he was more mature.

“I’d imagine he’ll take the usual route of the Dublin Racing Festival and then on to the spring Festivals,” remarked Mullins.

Sean Flanagan enjoyed a dream comeback from cracking vertebrae in a fall in early November as Henry de Bromhead’s Watch House Cross (12/1) made a winning debut in the four-year-old maiden hurdle.

The Dromahane point-to-point winner, who is owned by Rory Kelleher, produced a nice effort on his racecourse debut as he moved into a closing third approaching the final flight and finished out his race determinedly to defeat Flaming Moon by two lengths.

This race represented something of a boil over for punters as the odds-on State Man came down at the second last when going nicely and he brought down the third favourite Hiaou.

“He’s a really nice horse. He settled beautifully and slower ground suited him and in time I think he’ll be happy over a longer trip,” stated the winning rider. 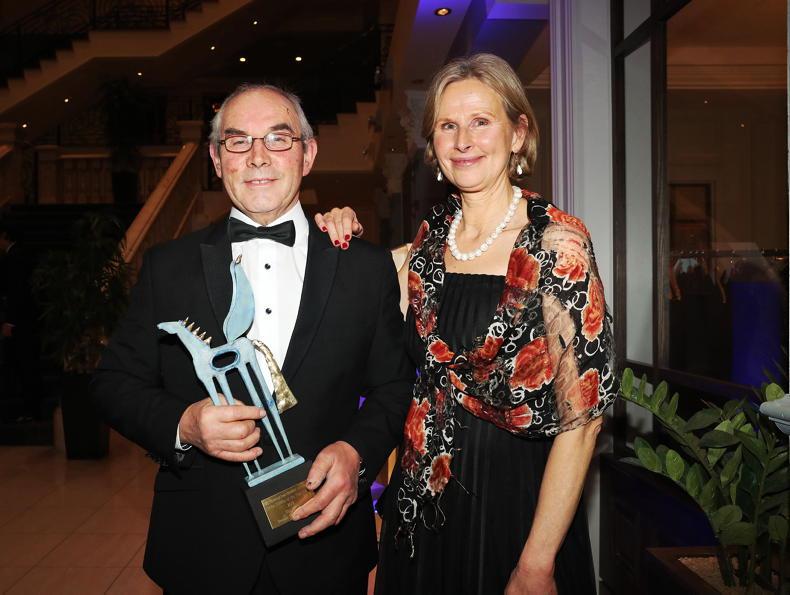 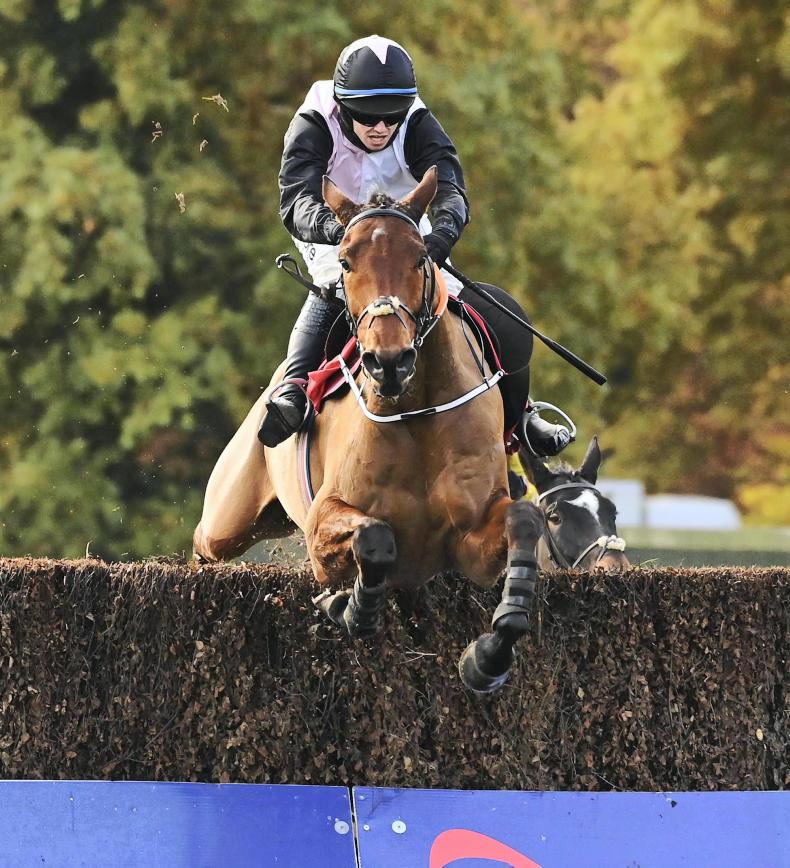 Anne Marie Duff
CHELTENHAM COUNTDOWN: Is Bob the real job?
Anne Marie Duff looks at the novice chasers - and where they might fit into the Cheltenham novice races