Title: LEOPARDSTOWN FRIDAY: Kyprios on the hunt for gold 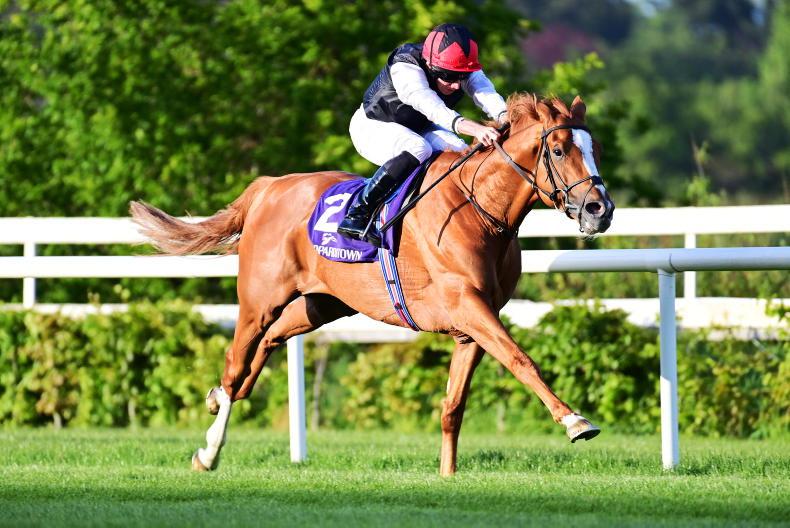 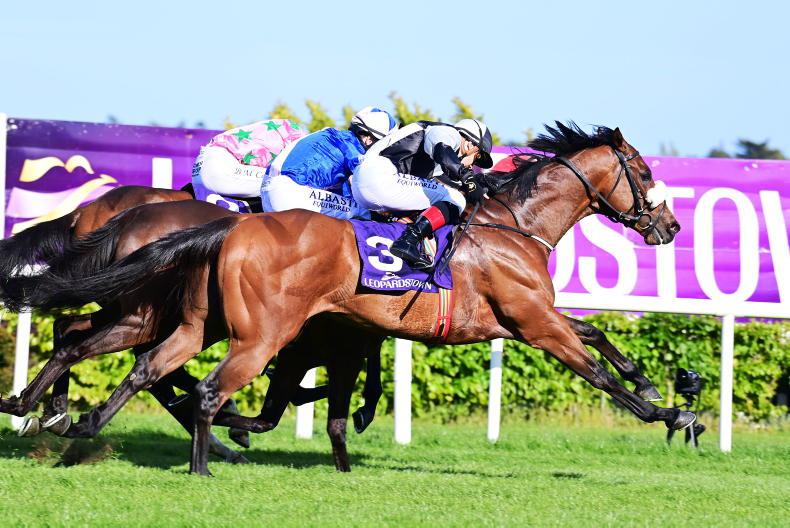 AIDAN O’Brien’s emerging staying star Kyprios booked his slot in next month’s Ascot Gold Cup with a victory in the Group 3 Savel Beg Levmoss Stakes which was as straight-forward as odds of 1/10 suggested it would be.

With only three horses deigning to take on the Ballydoyle inmate, this looked a gilt-edged opportunity for the Moyglare Stud-owned four-year-old to follow up his Vintage Crop Stakes triumph over Search For A Song.

Leading from the front, from over half a mile out, Ryan Moore began to wind things up and especially impressive was the manner in which this son of Galileo finished out. He was at his strongest throughout the last quarter of a mile as he maintained a punishing tempo to finish some 14 lengths ahead of the 101-rated Sunchart. The manner in which he finished out here would suggest that he will be well suited for the exacting stamina test of the Ascot Gold Cup where he will be tackling two and a half miles for the first time in a six-race career which has yielded four wins.

“He’s progressing nicely this year and has stepped up again from his last run in Navan. It was always the plan to go Navan, here for the Saval Beg and then on to the Gold Cup,” said the trainer’s representative Chris Armstrong. “It’s a lovely winner to have for Eva Maria and all the team at Moyglare and hopefully he’s a promising stayer.”

Earlier Aidan O’Brien took the wraps off a smart colt in the Irish Stallion Farms EBF Maiden where Alfred Munnings (8/11). This two-year-old Dubawi half-brother to the outstanding Snowfall looked a class apart in the first open seven-furlong maiden of the season for juveniles.

He was always nicely placed for Ryan Moore and showed a good turn of foot approaching the last furlong to score by four and a quarter lengths from fellow newcomer Segomo.

“He’s a lovely colt with a good attitude and a great pedigree behind him and fingers crossed he’ll go to the Chesham Stakes at Royal Ascot with a strong chance,” reported Chris Armstrong.

RONAN Whelan was at his finest in getting Manbehindthemoney (11/2) home in front in the Irish Stallion Farms EBF Median Auction Maiden over a mile.

The J.P. Ledwidge-owned son of Bobby’s Kitten, who lined up off a decent effort behind Georgeta at Gowran Park, came under pressure before the straight and looked set for a third-place finish at best over the final quarter of a mile.

However, when he got Andy Oliver’s charge out into the middle of the track, Whelan conjured a powerful last 150 yards surge from his mount who swept by the duelling pair of Free To Party and Paris Peacock (2/5 favourite) in the final yards.

“It was a super ride and all credit to Ronan. Physically he’s thriving but he is still very raw and green,” reflected Oliver.

“I think he’s a horse with plenty of options in trip and ground and he could be quite exciting.”

Apprentice Adam Caffrey bagged the second winner of his career as Rosie Rock (16/1), in the colours of her breeder Thomas Heatrick, secured the 50-70 rated Sandyford Business District Handicap over a mile to shed her maiden tag after 16 previous attempts.

After tracking the pace, the Adrian McGuinness inmate emerged as the only threat to the front-running Godhead in the straight and she wore down that rival to prevail by a length and a half.

“The draw (stall 2) and the ground were crucial and she got a lovely tow into the race,” remarked the trainer. “Adam was very good on her and he’s a good kid who is great value for his 10lb claim.”

Jock and O’Sullivan a winning combination

AN interesting edition of the Women’s Irish Network Lady Riders Handicap went to The Names Jock and Maxine O’Sullivan. John Kiely’s capable dual--purpose performer, who is owned by Brian Gleeson, was restored to the peak of his powers following a series of runs over jumps.

The 14/1 chance was nicely placed on the inner throughout this mile and a half event and then got a lovely split between horses to deliver his challenge inside the last quarter of a mile. He hit the front early in the last furlong and kept on nicely to defeat Distant Chimes by half a length and signal that he could be set for a good summer on all fronts.

A bright start to the season for Supagirl (11/2) continued in the Irish Stallion Farms EBF Fillies Handicap over 10 furlongs where Jessica Harrington’s charge made it two wins from three starts this term.

Shane Foley made the running on the daughter of Pride Of Dubai and quickened up the tempo off the last bend with the result that the pair were not for catching.

Simply Glorious led the chase in the closing stages but she was still a length and a quarter adrift at the line. The winner is jointly owned by her trainer, John Hennessy and Carmel Acheson.

“She was good at Navan and the last day at Limerick she got a bit anxious and broke slowly,” stated Mrs Harrington. “She loves good, galloping tracks and for a big filly she loves fast ground. That was a good performance to beat the older fillies there and she will hopefully keep progressing.”

Barry Fitzgerald could have a handicapper on the up in the Daniel King-ridden Dame Rapide (11/1) who made a winning start for the trainer in the apprentice riders’ handicap over a mile-and-a-half.

A three-time winner at Dundalk but winless since November 2020, the Elmir Habibovic-owned five-year-old swept by Clueless Hill in the last furlong to carry the day by three and a half lengths.

“I have her since March and she’s done that well and Daniel has given her a super ride and did exactly what he was told. Hopefully there’s a bit more to come from her,” commented Fitzgerald.