Title: KILLARNEY SATURDAY: Take a Gamble on Molly to improve for step up in trip 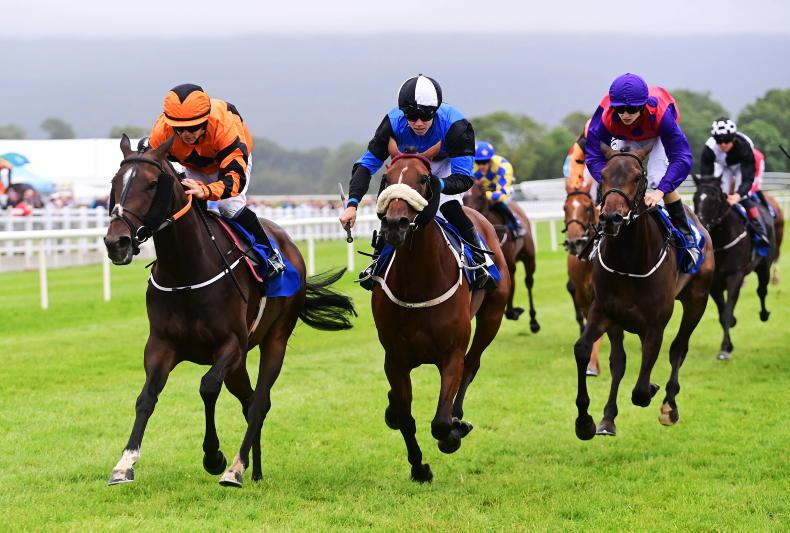 There are some notable form lines represented here which makes this a useful contest and it could go to Fozzy Stack’s Sea Legend. He was third first time up in a Curragh maiden won by Proud And Regal and that contest has worked out well. He then filled the same position off a 55-day break when chasing home Hiawatha over this distance at the same track. That is two solid runs and he has the potential to get better again.

Gulf Of Mexico really caught the eye when second to stablemate Cairo first time up but disappointed for his second run at Punchestown. In contrast, Simpson’s Paradox improved from his first run to finish third to Alexandroupolis at Galway. He is from the Group 1-winning family of Alpha Centauri, Alpine Star and Discoveries.

Any Dream Will Do can get off the mark in what doesn’t look the strongest maiden. She has had plenty of chances and even though she has failed to convert, her run to finish second to Shanghai Dragon off a mark of 78 is good form in the context of this contest. She also wears a first-time visor which may help her.

Bold Ribb is of obvious interest on his debut for Joseph O’Brien. He caught the eye on his sole run to date when staying on from the back at Newcastle. O’Brien also runs the debutant Fawkner and he is worth monitoring in the market beforehand.

SELECTION: ANY DREAM WILL DO

Fools Glory found only Geological too good in a handicap over this course and distance on her penultimate start and a replication of that run could well be good enough. She disappointed on her one run since, but possibly didn’t stay over a longer trip and is excused. Lightly raced, she has more to offer now.

Yokkell has been in form and consistent for most of the season and he looked as good as ever last time when only going down by a half-length to Blackcastle Storm at Down Royal. He should be thereabouts again.

This is a really trappy contest and the best option might just be to go for consistency, and that’s Drombeg Duke. Eoin McCarthy’s six-year-old has finished outside the top four only once this season and even that was a creditable run when eighth at Galway. He’s tightly handicapped but looks sure to give his running again, and coming back up to a mile could also suit.

Thunder Queen is an interesting recruit from Britain but probably best watched on her Irish debut. Cosmic Vega might be a better option. A useful juvenile for Jessica Harrington, the four-year-old has found a bit of form since moving to Mick Halford’s this season and can get involved again today.

This can go to Star Kissed who ran so creditably on her debut when second at Cork. Ger Lyons’s filly found only the more experienced Gulliver’s Travels too good and he has won again to give the form a solid look. By Sea The Stars, she is a half-sister to the same trainer’s Thunder Kiss and looks to have a bright future.

Hotter Than Hades might give her most to do. She was disappointing when she dropped out tamely on her most recent start but that was after a long break and previously she finished second in a listed contest at Navan.

Next best: Hotter Than Hades

Molly’s Gamble is interesting coming up to this trip and is taken to win again. Denise Foster’s filly won over a mile at this course earlier in the season and has since run well when second and fourth at Galway, on both occasions staying on strongly over an extended mile trip. By Battle Of Marengo, a step up to this distance could bring about further improvement.

Butterfly Garden, Queen Of Seduction and Not Just Any Eagle reconvene after finishing first, second and fourth in the same race at Listowel. Butterfly Garden looked a comfortable winner there though, and has been really progressive this season. She looks a real threat again.

Pahlavi is taken to get off the mark. He ran well on his flat debut (previously finished fourth in two of three bumper starts) when third to Gulliver’s Travels and Thunder Kiss at Cork. He was no match for Zaynudin on his most recent start at Gowran Park, but finished best of the rest and this looks a nice opportunity for him now.

Six Feet Apart is also noted. He has decent jumps form, having won twice over hurdles, and he has gone close on his last two starts on the flat, most recently finishing second to Roman Bull at Clonmel.