Title: KENTUCKY DERBY: 'If anyone can do it, it's Aidan O'Brien' 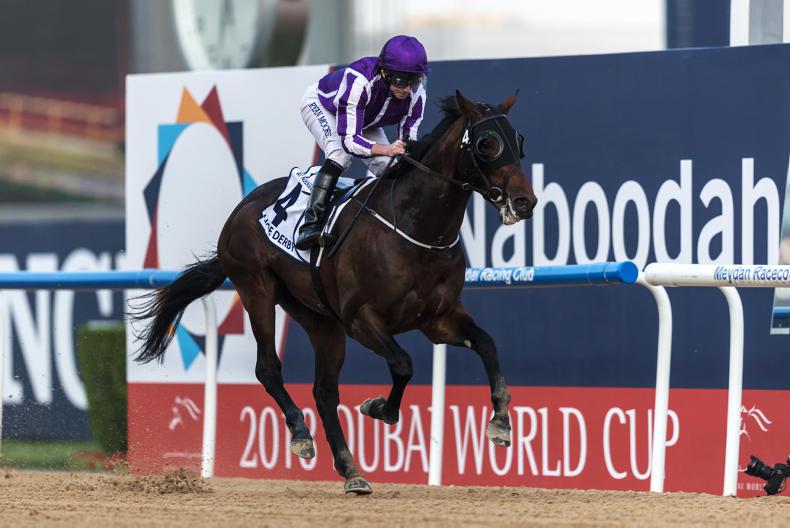 Mendelssohn and Ryan Moore scored an 18 and a half-length victory in the UAE Derby Photo: Neville Hopwood/Dubai Racing Club 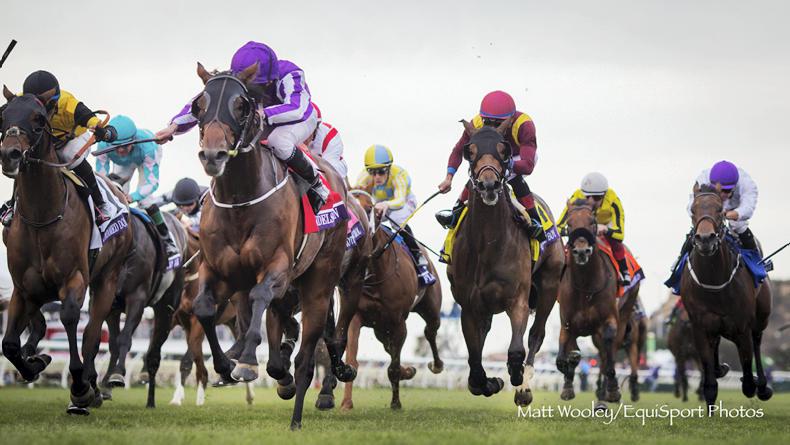 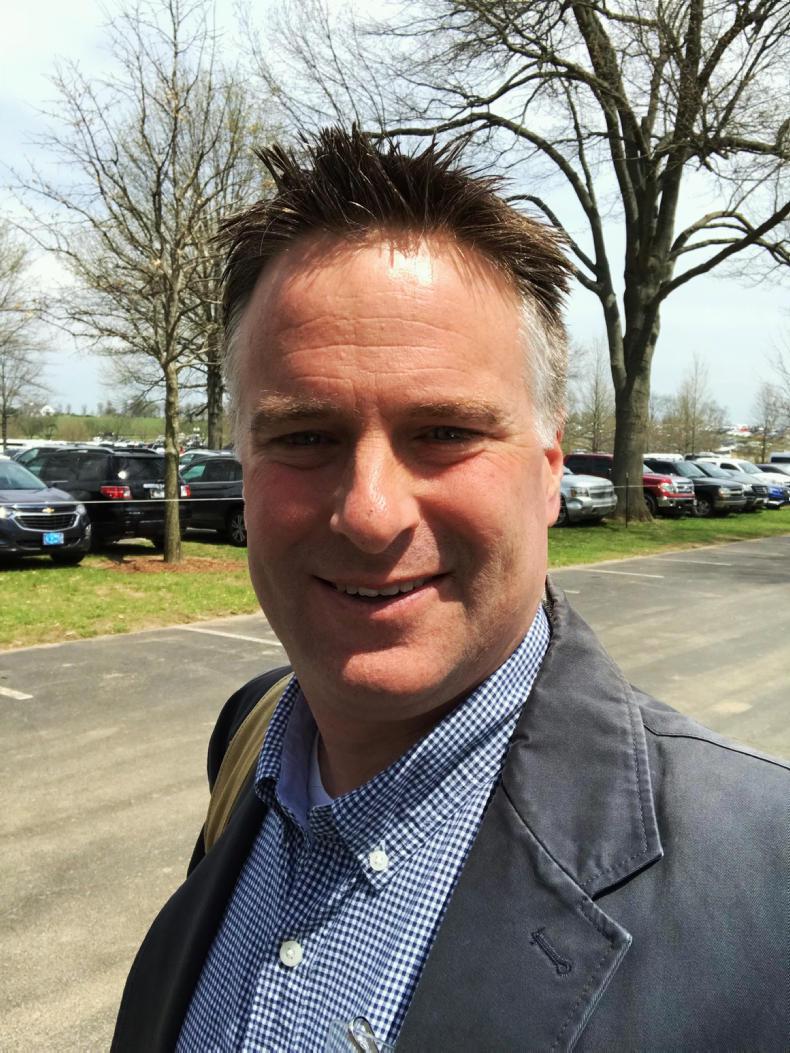 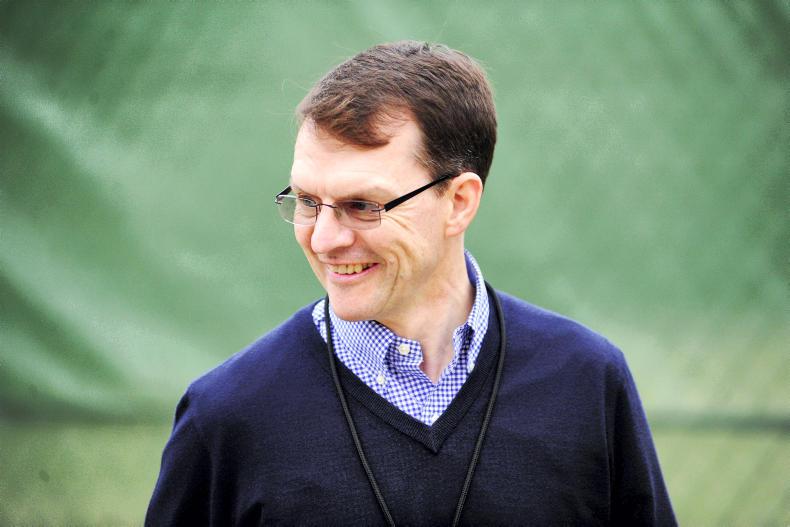 Can Aidan O'Brien be the first European trainer to win the Kentuck Derby? Photo HEALY RACING.
Previous Next

THE Kentucky Derby is one of the great prizes in American sport, not unlike the Super Bowl or Final Four or Indianapolis 500 in being a cultural phenomena that crosses over socioeconomic lines and filters into the minds of millions of US citizens come the first Saturday each May.

The race dubbed the “most exciting two minutes in sports” also heavily slants toward the home team, its 143 winners often being some of the best thoroughbreds the nation has ever produced, yet the Derby is not exclusive to Americans. Twice the Derby trophy was plumbed by horses based outside the US and Ireland’s Mendelssohn will attempt to be the third when he crosses the Atlantic on a journey back to Kentucky.

A blueprint exists for success in America’s great race, but it’s not from Europe. No, it’s from of all places South America and Puerto Rico.

Similarities exist between Canonero II’s victory in 1971 and Bold Forbes’ win in 1976 in that both those colts were bred in Kentucky, sold at auction in the Bluegrass State, raced overseas before returning to the US, raced overseas again and brought back for the opening jewel of the American Triple Crown.

Mendelssohn’s $3 million yearling price tag at the 2016 Keeneland September Sale stands in stark contrast to the $1,200 that Canonero II brought in 1969 or even the $15,200 paid for Bold Forbes in 1974. He’s also a half-brother to multiple US champion Beholder and top sire Into Mischief coming off a dominating performance in the Group 2 UAE Derby four weeks ago at Meydan and already a major winner in the US in last year’s Grade 1 Breeders’ Cup Juvenile Turf at Del Mar.

“I’d say if there’s any man that can do it it’s Aidan. He’s a big race specialist,” said Todd Pletcher. “I know the horse a little bit from the yearling sale, he was obviously high on everyone’s draft board at Keeneland September. Being a big Scat Daddy fan, with that pedigree, we tried to bid on him. I think we might have got one bid in. It was tough.

“He was in high demand, beautiful horse, impeccably bred and now to win a Breeders’ Cup Juvenile Turf and then put on a display in the UAE Derby you have to respect him. This race is unique, it’s difficult for everyone, but sometimes talent trumps all other factors. It will be one of the intriguing aspects of this Derby for sure.”

Canonero II and Bold Forbes also brought intrigue to their respective Derby seasons. The former started his career in Venezuela before making two starts at Del Mar as a two-year-old and returning home to finish the 1970 season. He won six of nine outs leading up to the 1971 Kentucky Derby, twice at the 10-furlong trip while also running in sprints from six to seven furlongs.

Daily Racing Form’s American Racing Manual called the early part of his career “the stuff of legends” and his three and three-quarter-length victory in Louisville turned heads in the US and back in Venezuela. The son of Pretendre proved it was no fluke, adding the Preakness Stakes two weeks later before a close fourth trying for the Triple Crown sweep in the Belmont Stakes.

Bold Forbes also started his career overseas, winning five starts from March to June 1975 in Puerto Rico before being turned over to legendary Hall of Fame trainer Laz Barrera for a US campaign. He won the Kentucky Derby, finished third in the Preakness and rebounded to win the Belmont.

Europe’s best attempt came in 1986 when Clive Brittain brought Bold Arrangement from England, prepped with a third in the Blue Grass Stakes at Keeneland and finished second 11 days later in the Kentucky Derby.

The best finish since then was a fifth in 2011 for Master Of Hounds, who represented O’Brien and Coolmore.

Mendelssohn will be the fourth straight UAE Derby winner to run in the Kentucky Derby and the seventh overall. The best finish came from Godolphin’s China Visit, sixth in 2000, although Master Of Hounds finished second in the UAE Derby in 2011.

Mendelssohn was expected to travel to Kentucky from O’Brien’s base at Ballydoyle on Monday. He’ll enter a US Department of Agriculture quarantine facility in the Churchill Downs stable area, where he’ll remain for a mandatory period of 48 hours.

Churchill Downs sets aside a special 15-minute training window for Kentucky Derby and Kentucky Oaks contenders starting at 7.30am ET and that’s when Mendelssohn is likely to make his first public appearance on Thursday. He’ll no doubt be greeted by what is annually the most well attended morning crowd of Derby week.

Mendelssohn is one of the leading contenders in a race many experts regard as one of the most top-heavy editions of the Kentucky Derby in many years. Two undefeated colts in Justify and Magnum Moon, along with the once beaten Audible figure to be three of the top four choices in opposition.

Justify, the Santa Anita Derby winner from five-time Kentucky Derby winner Bob Baffert’s barn, is the expected morning line favourite despite trying to become the first winner of the race not to race as a two-year-old since Apollo in 1882.

Pletcher also trains Audible, the winner of the Florida Derby at Gulfstream Park. Magnum Moon and Audible are actually just half of the extremely strong hand Pletcher brings to Churchill, along with Louisiana Derby winner Noble Indy and Wood Memorial winner Vino Rosso.

Mendelssohn is quite a different commodity here in the US, sporting a pedigree very familiar to Americans and competing in races like the Breeders’ Cup Juvenile Turf and UAE Derby that garner significant attention. He’s far from flying under the radar.

Several prominent American racing experts and handicappers give Mendelssohn significantly more than a punchers’ chance, partly out of respect for his connections and partly because of what they’ve seen from the colt.

“I’ve had Mendelssohn as one of the favourites ever since his sensational performance in the UAE Derby,” said Mike Watchmaker. “For the last couple of weeks, I’ve had him a co-second choice at 6/1 with Magnum Moon, behind my Derby favorite Justify, who I have as the 7/2 favourite.

“And Andy Beyer added another reason to be impressed with Mendelssohn when he assigned his UAE Derby a strong winning Beyer of 106. That number has only been surpassed this year by Justify’s 107 in the Santa Anita Derby, and my understanding is it’s a number Beyer feels is rock solid.”

Andy Serling, the lead analyst for the New York Racing Association, sees a similar price for Mendelssohn on the board.

“You can judge his Dubai race and say, ‘well the racetrack was very kind to him,’ but he obviously overwhelmed his competition,” Serling said. “I see him as the kind of horse that if he were to run here year-round on the dirt, he’s probably really good. Whether or not that means he can win the Kentucky Derby is a completely different story.”

Despite the respect, Serling also pointed out several intangibles Mendelssohn needs to overcome. Since bringing his first runners to the US in 1996, O’Brien has started 56 horses in dirt races and won just twice (Johannesburg in the 2001 Breeders’ Cup Juvenile and Man Of Iron in the 2009 Breeders’ Cup Marathon) with three seconds and two thirds.

Whether Mendelssohn can handle a less than ideal trip, possibly not being on the lead, kickback and other intangibles such as post position and a wet track must also be considered.

“It’s fair to ask the question about a horse racing in Dubai five weeks before the Derby. We’ve just never seen horses come back to the United States on such rest and run successfully, especially at this level in a race like the Derby,” Serling said. “But it’s not like Coolmore is bringing a horse with some giant turf pedigree, this horse is bred to run on the dirt and his dirt race is exceptional.”

Ed DeRosa, a marketing executive with Churchill Downs, also mentioned the turnaround from Dubai as a potential obstacle. He also said Mendelssohn appears to provide the best chance of any UAE Derby winner to run well in the Kentucky Derby, which could end the race’s 0-for-12 record without a placing from 2000 to 2017.

“Normally I have concerns about the ship and turn around halfway around the world, but the trainer not only has done it before but also the horse,” DeRosa said. “The bigger concern for me is the pedigree. Scat Daddy has lacked his biggest successes on dirt – especially at the classic distance. I like him more than Justify but there are enough questions to keep me from making him my top pick.”

READ TOM LAW'S DAILY UPDATES FROM CHURCHILL DOWNS ALL THIS WEEK ON THEIRISHFIELD.IE