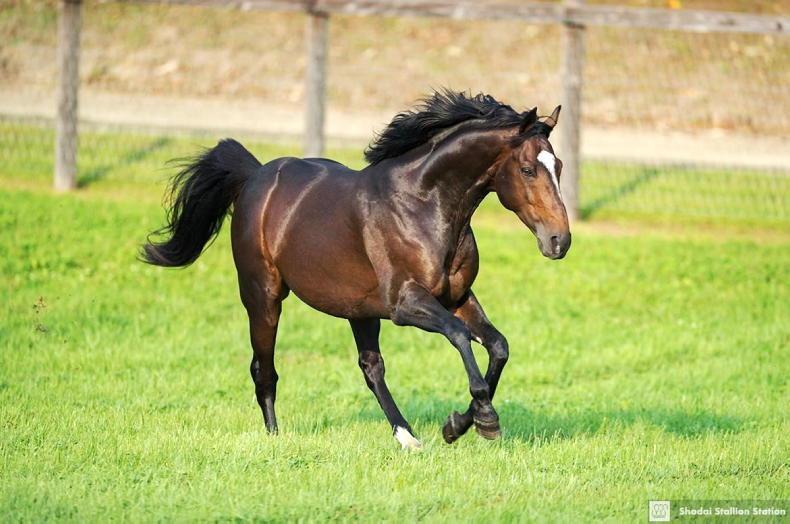 Epiphaneia is responsible for 35 lots at the JRHA Select Sale

JAPAN’S premier bloodstock sale takes place over two days in the picturesque setting of Northern Horse Park on the northern island of Hokkaido.

Despite Covid restrictions largely easing across Japan, the JRHA has opted to continue with similar precautions to what they have enforced over the last two years.

Only pre-registered buyers or JRHA-approved personnel will be permitted into the sales complex.

Current international travel restrictions to and from Japan mean it’s near impossible for foreign-based buyers to attend the sale in person.

A total of 473 lots are catalogued to go under the hammer in two distinctly different sessions. Session one will offer 243 yearlings on Monday July 11th. Tuesday’s second session consists of 230 foals.

The yearling session follows a similar routine of most major auction arenas around the world. The yearlings will be available for inspection at the sales complex for two to three days before sale day. However, the second day provides an utterly unique spectacle.

Unlike foal sales around the world, the foal session at Japan’s Select Sale offers foals standing beside their dams under the rostrum. On the morning of the sale, the entirety of the catalogued foals will line-up in lot order spread across a large paddock for a 90-minute exhibition. Potential buyers meander through the expanse of horses inspecting their chosen and preferred lots.

Once a foal has been sold, as per the conditions of sale, the mare and foal return to their respective studs for the rearing process to be completed. Upon weaning, the new owner can then move their new acquisition to their preferred farm. Should the new owner wish for their foal to remain at the consignor’s farm, boarding costs up to the end of March of the following year are included in the auction price.

Another differing aspect of the foal market in Japan is that the settlement for each lot is split into two transactions. One upon purchase and the remaining balance being paid once the rearing process is complete.

Compulsory insurance on the foal is included in the auction price. The cost of cover is split between the vendor and buyer, 60/40 respectively.

The absence of lots by Deep Impact will inevitably influence the final sale statistics and year on year comparisons. However, the catalogue comprises both established and young exciting stallions guaranteed to generate significant interest.

Japan’s most expensive stallion for 2022, Epiphaneia, is responsible for 35 lots. Kizuna, a quickly emerging force in the stallion ranks, is represented by 34 of his progeny. Six yearlings from the final crop of leading sire Heart’s Cry will undoubtedly be highly sought-after commodities.

Twenty-three lots by the recently deceased Duramente will be on offer across the two days. The ill-fated son of King Kamehameha has sired two individual Group 1 winners this year including Arc hope Titleholder and classic winner Stars On Earth.

Lot 34, a chestnut son of Duramente and the second foal out of the G1 Flower Bowl winner Fourstar Crook, an American import purchased by Katsumi Yoshida for $1.5m in 2018 as a filly out of training.

Lot 76, a colt by Maurice, holds the highest reserve of any yearling from the consignment of Northern Farm. Bidding will be opened at €725,000. Out of the multiple Group 1-winning Australian mare Mosheen (Fastnet Rock). He is a half-brother to Group 3 winner and G1 performer Primo Scene (Deep Impact).

Foreign sires provide buyers with an exotic option. As somewhat of a testament to Japanese expenditure on international bloodstock, a vast array of foreign-bred stock is on offer across the two-day sale.

Lot 23 is the May-born colt out of Irish 1000 Guineas heroine Jet Setting (Fast Company). The imposing son of Frankel has a €500,000 initial reserve but will undoubtedly be one of the most hotly contested yearlings of the opening day.

Lot 91 is a yearling son of Coolmore’s freshman sire Saxon Warrior, out of the Group 2-winning mare Red Tea (Sahkee). Bidding will start at €220,000 for the offering from Northern Farm.

19 foals by foreign-based stallions are catalogued for the second session, with No Nay Never, Caravaggio, American Pharoah, Nyquist and Justify all represented. Four of the 19 foals by international sires will be offered from the consignment of the Irish-owned Paca Paca Farm.