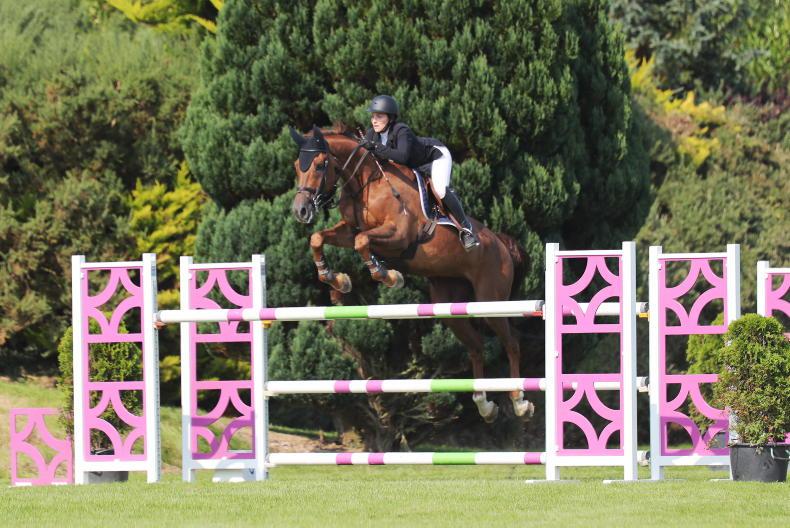 VICTORY in the penultimate round of the Gain Equine Nutrition/Alltech Ireland Grand Prix at The Irish Breeders’ Classic went international as Toronto native Rebecca McGoldrick took the honours with Fanta M when fastest of just three double clears.

Owned by Edmond Kearney and bred by Veehandel Musterd B.V., the 11-year-old gelding is by Cicero Z Van Paemel out of Saigon. This was the first outing for the combination as the gelding was also campaigned by Tadhg Kearney with much success in 2020 before Dermott Lennon took over. Earlier in the month, Lennon competed him in St Lô CSI3* and then at Deauville CSI3*. Under McGoldrick’s command in July at Gorla Minore CSI4*, they took fifth place in a 1.45m Table A class.