Anne Marie Duff spoke to the Dunleer, Co Louth man who has moved into the field of sports psychology and was the winner of the Jockey Club Achievement Award at the JETS Richard Davis Awards 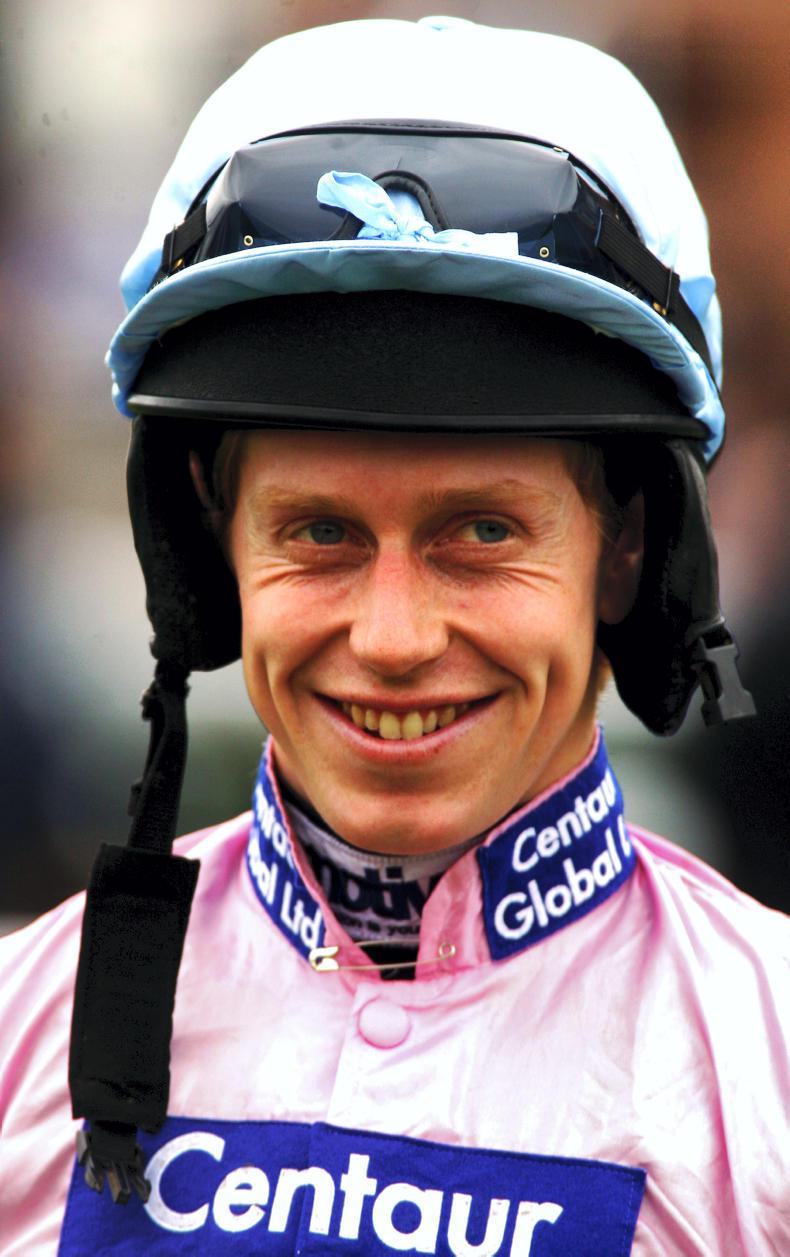 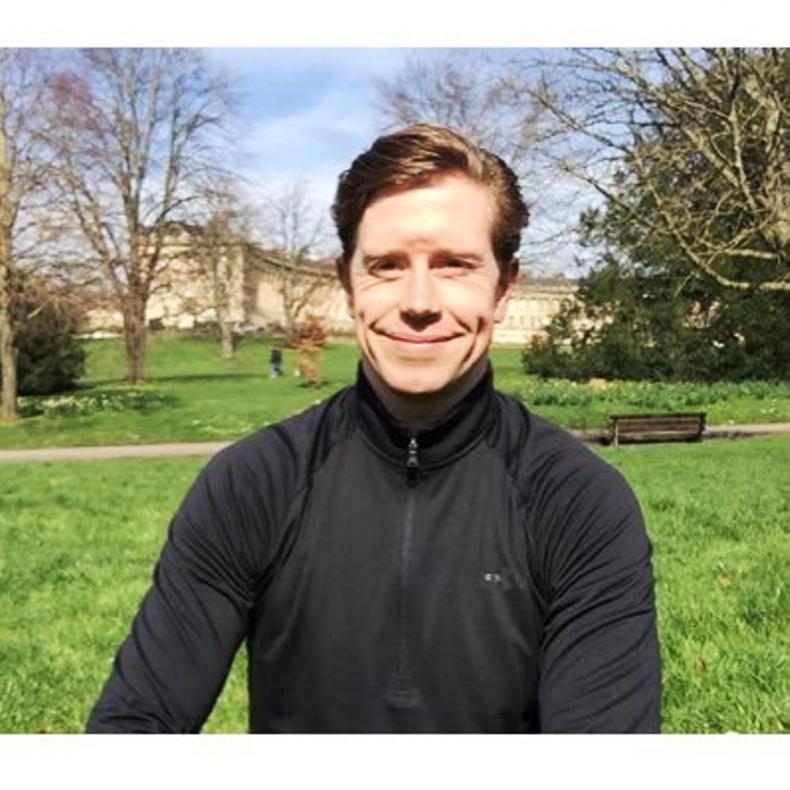 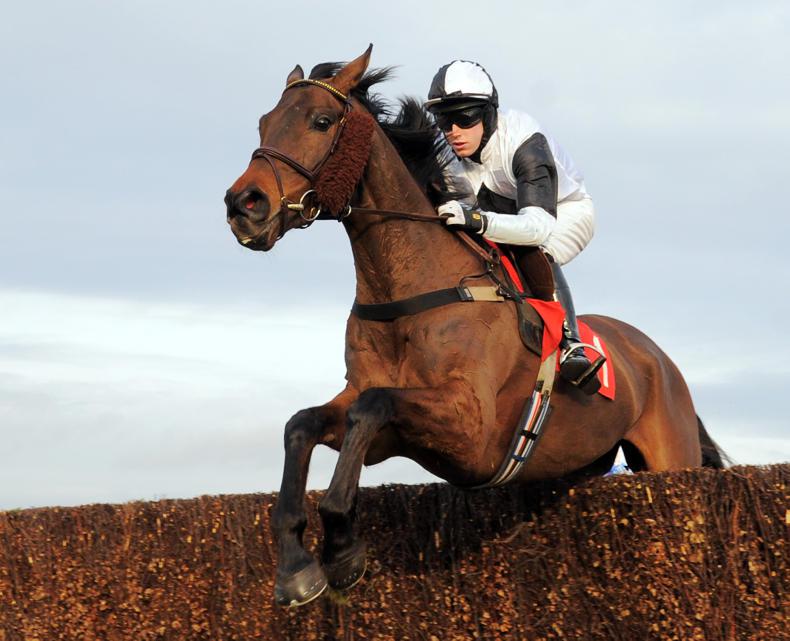 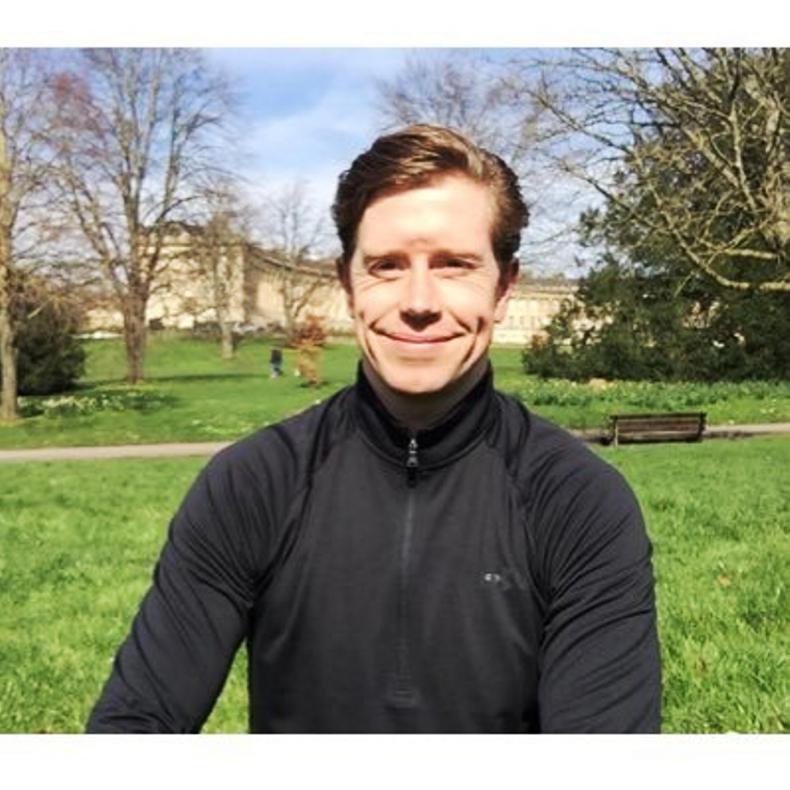 THE list of Irish jockeys who have headed across the water is as long as the number of horses to compete in a Grand National. But few will have moved on the same career path as Aodhagán Conlan.

The Louthman has moved from the saddle into the field of sports psychology and last year was the winner of The Jockey Club Achievement Award worth £3,000 at the JETS Richard Davis Awards.

Eagle-eyed readers may have spotted him last week in Pat Healy’s look back to Tralee racecourse as he was the last jockey to ride a winner, on P’tit Fute, at the Kerry track in 2008.

From Dunleer in Co Louth, becoming a jockey was not the most likely career to begin with.

“I got a notion in my head when I was about six that I wanted to ride ponies. We weren’t a family steeped in horses or anything and I was on donkeys before I went to a lady in Castlebellingham named Mary Gaskin.

“The first pony I had actually broke my arm but my second pony was class, and though I played soccer and gaelic, around Junior Cert time I wanted to do something in the evenings and I started watching racing. It looked attractive so I got in touch with Harry Rogers in Ardee and went to him in fifth year and while doing my Leaving Certificate. He had a few real good mares: Livadiya and Moon Unit and Fit The Cove.

“He gave me my first couple of rides as an amateur until it came that he was predominantly flat and he got me a job with Mike Hourigan, so education began in earnest!

“That was a shock to the system, mentally, physically, emotionally, everyway! I was quite shy, and a bit reserved and that’s not the Hourigans. A lot of bollicking, a lot of needing to wake up!

“But it was tremendous experience, schooling three days a week and after point-to-points and with the riders that were there, Andy Mac and I think Denis O’Regan just left before me, and me a backward lad from Dunleer. Getting to ride work on Beef Or Salmon and Mossbank was there, and Hi Cloy, proper Grade 1 performers.

“I was lucky because even with Harry, going racing, it was Leopardstown, I led up Livadiya for the Matron Stakes – I was fully in love with it.

“I rode my first winner for Pat Martin in a point-to-point in Tyrella. But things didn’t really happen for me and you have to move on. So I went to Francis Flood’s and rode my first winner on the track in August 2008, got some nice spins too of a horse called Rio Diamond for Paul Linehan.”

A move to England was on the cards but it came about in a fortuitous manner. A winner as an amateur on the flat for Jim Bolger in Leopardstown in ’09 played a part.

A month or so later Rebecca Curtis had a runner, The Jigsaw Man, in a Galway bumper and contacted Flood’s for a 7lb claimer.

“When she looked up my resumé, she didn’t see many numbers but she saw Jim Bolger. She ignored the other 200 or so duckeggs! She got in touch with me a month before Christmas and she was looking for a 7lb claimer and said if I was interested So moved over in 2010.

“I joined her when she went on a big upward curve. I got tremendous experience, ended up riding one for her at the Festival within three months of going over, a big step up from Tyrella.

“Evan Williams was good to me as well and Debbie Hamer who trains Tobefair and I rode for Bernard Llewellyn and Peter Bowen.

However, a bad fall in late 2012 in Hereford, getting kicked in the face left some nasty injuries.

“I was out for the guts of four months. I was 26 at the time and I started thinking about the next step, I didn’t just want to be riding just five or 10 winners every now and again. I had already done work with a sports psychologist. The final year I rode was 2013 and I had four winners from 80 something rides and it was costing me to go racing. I wasn’t comfortable at just being moderate.”

It was going through his own ‘performance’ issues and questions that helped decide what direction he wanted his career to move in. “I’d be fine when I got on a horse but after a ride I’d wreak my own head so it was half understanding that. And I always found I got on well with people, I had good interpersonal skills. I felt this might be a place where I might be able to do good work.”

He used JETS to help fund a psychology degree course at Bath Spa University beginning in 2014 and continued with a masters in Sports and Exercise Psychology in Bristol and is now studying for a PhD at the University of Bath alongside training with the British Psychological Society.

“When I stepped away from it and talked to a few people I found they were struggling with the same things I had been.

Through his studies and training, Aodhagán still keeps involved in racing, until Christmas riding out in Paul Nicholls, “I have a good relationship with them, and can go back when all this is over.”

Jockeys are unique sportspeople in one sense as the sport is constant, day after day you need to perform. What issues has he seen as some of the most important to keep peak performance?

“I work for the PJA for their psychological support stages. Things like a trainer having your back, I’ve been asked ‘would you watch a replay for me, I’m after getting a bollocking’. “Jump jockeys seem to be better off, they tend to go in groups more, flat lads seem to prefer travelling on their own. If you are after been beaten a short-head on your only ride and you are after driving five hours there and five hours back.

“It’s about having the process in place, if you have a bad day, how do you deal with it in the car, who do you have on your phone. It’s a tough game and you have to be tough to survive in it but you also need help.”

With the suspension of racing, the face of the summer has changed for jockeys.

“The money issue is probably of most concern. Jumping not being back ‘til July gave a bit of reassurance, ‘I can work on fitness back from that date’ – having a date would be a massive relief for many people to say I can start getting fitter from June 1st.

“Just keeping in touch with your yards is important, how are the two-year-olds coming along? Over here the JETS scheme is really good, if you have time to start a hobby or training. For me, you put it in perspective looking at doctors and nurses and the job they do. People in racing are lucky in that they are still riding out, that’s providing a lot of structure. Jockeys have been through it before in terms of bans or being injured.”

With his new career path moving along and further studies taking time, there’s no looking back nor is there a likely return to these shores in the near future.

“There’s a lot more opportunity over here in my niche anyway. In terms of the TeamGB setup and things like that. I like it over here, have plenty of friends.”

While making time for many the racing shutdown has has one unfortunate effect.

“My research for the Masters is all about jockey burnout – it’s rendering out all my research, this wasn’t what I intended!”