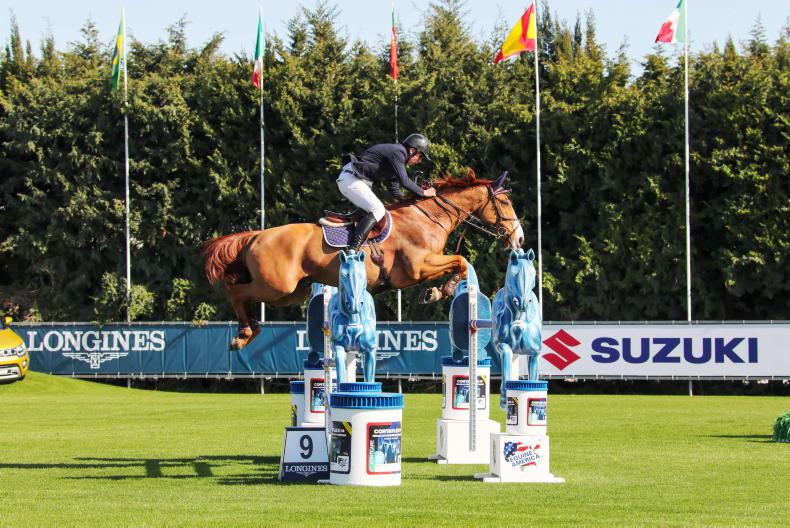 Former world champion Dermott Lennon got the ball rolling on Thursday when he galloped to victory in the big class of the day, the 1.50m Table A, aboard the Irish-bred Athletix Hero Z. Bred in Co Monaghan by Gerry Marron and Luc Henry, the 10-year-old by Aganix du Seigneur Z was the best of 25 clear rounds. The pair broke the beams in 60.67 seconds to earn €2,500, almost two seconds faster than Spanish runner-up Eduardo Alvarez Aznar with Full Option van’t Zand (0/ 62.24).

Waterford’s Anthony Condon was also a winner on Thursday, guiding Savannah Price’s 12-year-old mare Ajaccienne to victory in the 1.40m Table A. In a huge class with 83 starters, Condon’s time of 52.88 seconds was the fastest of 60 clear rounds.

Cameron Hanley has taken over the ride on the 13-year-old Irish Sport Horse stallion Arena UK Winston (Waldo van Dungen x Hamilton Tropics), bred by Brendan Morelli, and they finished sixth in a 1.40m Table on Friday, clear in 70.34 seconds. The stallion was produced since a youngster by Britain’s Ellen Whitaker. The pair then went on to place fourth in Sunday’s 1.45m Table A, jumping one of 33 clear rounds in 63.28 seconds. Victory went to Germany’s Katharina Offel with Elien (0/ 62.38).

Seventeen-year-old Alex Finney landed her first international win in the horse ranks when guiding Jean Finney’s 14-year-old gelding Duco to victory in Friday’s four-star 1.30m Table A, beating Dutch rider Anoek van der Pluijm into second place. Finney took over the ride on the gelding in mid-2021 after he was produced up to international level by Canada’s Rebecca McGoldrick.

Another youngster to win at the venue was 20-year-old Mayo show jumper Ciaran Nallon who landed the first ranking class of his career. Based with Cameron Hanley in Germany, he galloped to victory in Sunday’s 1.45m jump-off aboard the nine-year-old mare Dolce Vita des Ouches, when best of just four clear rounds against the clock.

Sunday’s big Grand Prix went the way of young Dutch talent Sanne Thijssen. With her top mount, Con Quidam RB, she was the best of four clears in the seven-horse jump-off to scoop the top prize of €23,800. USA’s Michael Hughes was runner-up with Kashmir van d’Oude Pastory.

Co Meath’s Alexander Butler was the sole Irish rider to progress to the jump-off with the 15-year-old stallion Chilli B, but four faults against the clock saw them finish in seventh place. Cameron Hanley was one place behind in eighth as the fastest four faulter in the first round aboard the Cian O’Connor-bred Irish Sport Horse gelding ESi Toulouse (Livello x Quasimodo vd Molendreef). 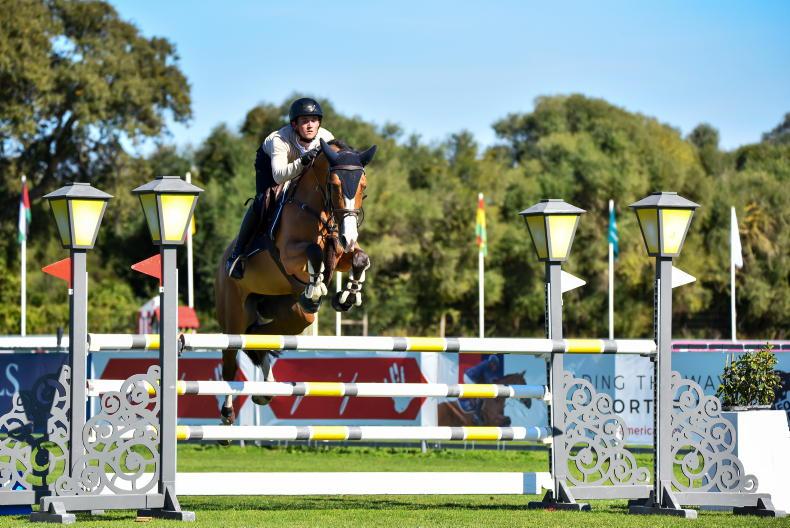 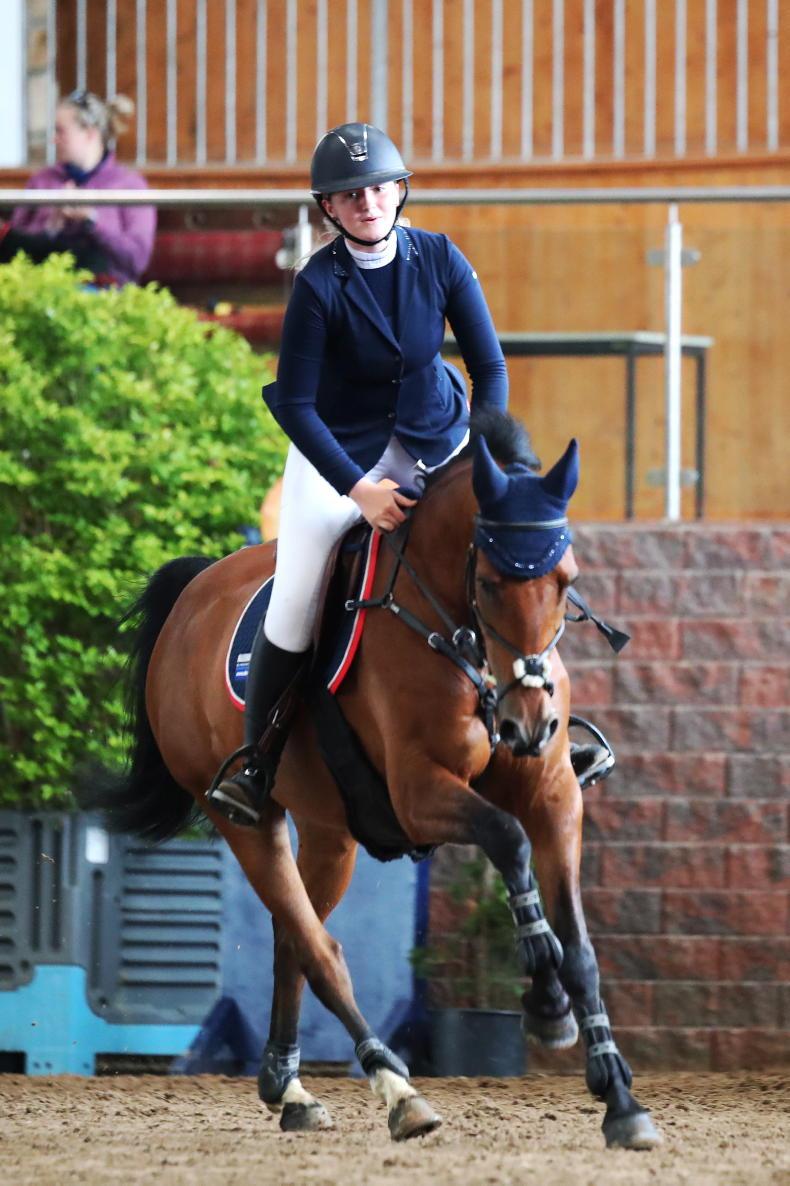 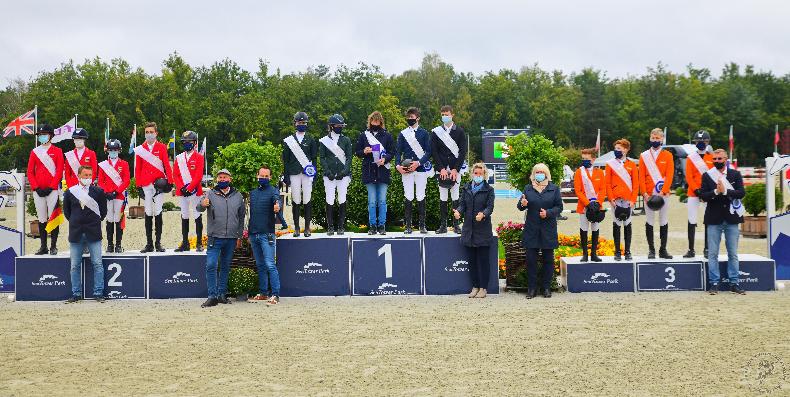 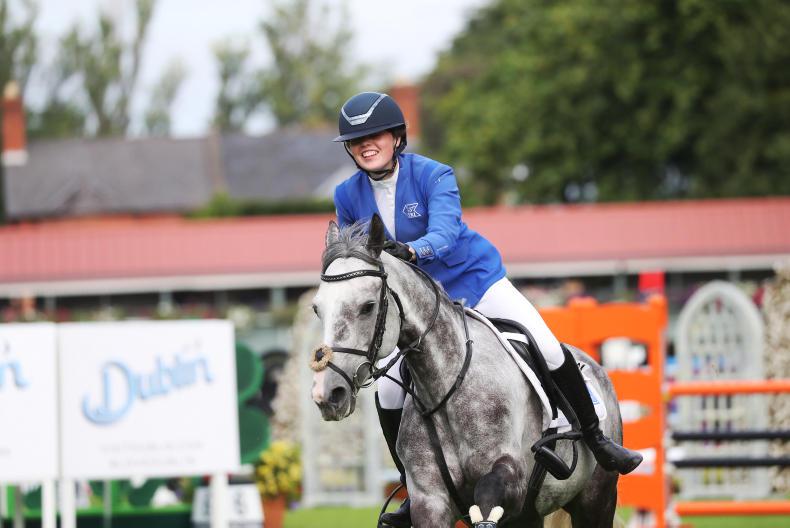