Title: INTERNATIONAL: Gold for eventers; another silver for Connors 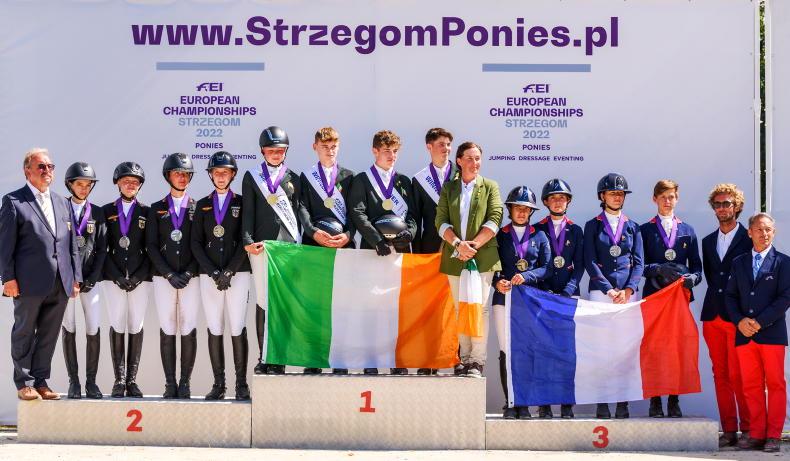 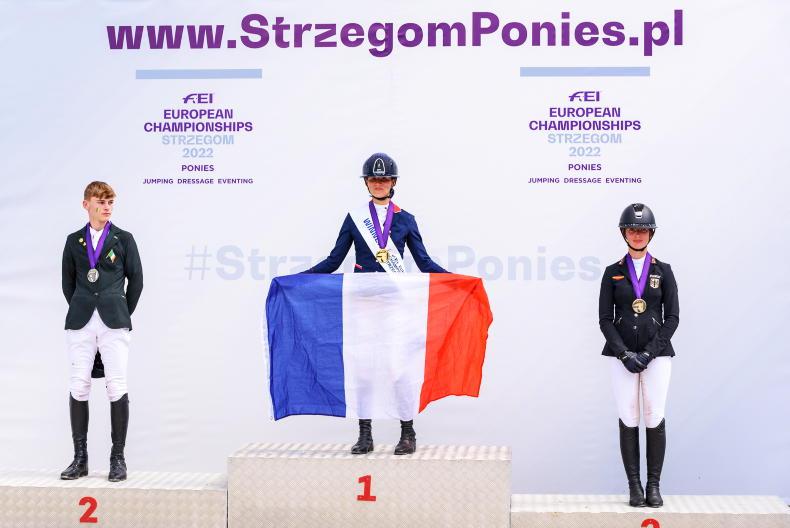 The team of Meath’s Josh Williamson (Ardeo Fireman), Kildare’s Ben Connors (Cornafest Fred (CP), Meath’s Matthew Love and Kildare’s Claire O’Ryan finished on a final score of 104.1 to take gold, with Germany taking the silver medal on 107.6 while France finished in bronze on 108.9.

Adding to the excitement, for the second year in-a-row, Connors and the nine-year-old gelding Cornafest Fred, bred by Thomas Grimes and owned by his parents Michelle Nelson and Kieran Connors, also claimed the individual silver medal. Meanwhile, Williamson was just outside the medals in fourth after a pole down in the final show jumping round which, without the fault, would have seen him take the silver medal.

After the dressage phase, Ireland was just one place outside the medals in fourth position on a score of 92.1. France led on 86.8, while Germany were in second on 87.6 and Britain in third of the eight teams on 91.6.

Into the gold position

An excellent performance over the cross-country phase moved the team into the gold medal position ahead of the final show jumping phase with the quartet remaining on their dressage score of 92.1 after three superb clear rounds inside the time from Williamson, Connors and Matthew Love. That moved Williamson up to third place going into the final phase, while Connors was in fourth and Love in ninth.

On the final day of show jumping, the Irish team had to count 12 penalties to their score, but when Germany added 13.2 penalties and France were forced to add eight penalties, the gold medal was never in doubt and they won on a final score 104.1.

A final clear from Connors saw him complete on his dressage score of 28.9 to take individual silver. France’s Mae Rinaldi took the gold on Boston du Verdon after leading from start to finish on a score of 25.6, while the bronze went to Germany’s Merle Hoffman with Penny Lane WE on 31. Williamson was fourth on 32.2.

A delighted Connors commented: “I would like to thank everyone for helping me win a medal for the second time. Everyone played a part, my parents, coaches, sponsors and my teammates. I am lucky to have such a great animal and he has been so consistent over the last few years. I hope to return next year to get a gold medal”

Chef d’equipe Jane Kinsella added: “I’m absolutely delighted and so proud of this team. I knew the strength we had in our squad of six coming out to Strzegom. Ultimately, they pushed each other forward, supported each other and worked incredibly well as a team. We had high expectations going into these championships as they had prepared well and were ready for the challenge. It was a fantastic competition from day one, really exciting, and they delivered under pressure in the end.

“I would like to express my gratitude to my fantastic coaching team, Sue Smallman (dressage) and Heather Coyle (show jumping). My vet Tim O’Hagan and the grooms Rebekah McNally and John O’Regan. I would also like to thank the parents and support teams. Results like these don’t happen without their support.”