Just one final step...
You must confirm your email address by clicking on the link we’ve sent to your email address.
You are only one short step away from reading 5 free Field+ articles.
HOW I GOT INTO RACING: Alex Cairns

HOW I GOT INTO RACING: Alex Cairns
By Irish Field Contributor on 22 May 2020
From Northern Ireland to France and Korea, Irish Thoroughbred Marketing's Alex Cairns has been on a racing adventure all around the world

IF I were a horse in a catalogue, you’d skip the page. No illustrious ancestors here.

But we all know that pedigree doesn’t make a racehorse, and so in humans it could be hoped that a lack of racing blood won’t hold you back from a career in the sport. In a way my dearth of family history in the game could be considered an asset, as it’s caused me to take a road less travelled; a circuitous journey with twists, turns, and the occasional leap of faith. In any case it’s made me who I am today, and this is my racing journey.

You know those seven-year-olds with the binoculars pressed to the eyes and the racing paper in the pocket and the serious look on the face? Well that was me, perusing the horseflesh of Down Royal and Downpatrick in my native Northern Ireland.

Two quid was a lot of money in those days and I wasn’t going to see it wasted on a no-hoper. Dermot Weld was my go-to on the flat and Noel Meade over jumps. They did me well too, though it was really the horses themselves that had me hooked. Presence, power, energy, call it what you like. That spark has always stuck with me.

There may have been over 300,000 horses in London at the turn of the 20th century, but by the time I got there in 2006 most of them had seemingly sought pastures new. So there was a horsey hiatus as I completed my studies in French, though regular trips to Sandown, Lingfield, Newbury, et al, kept the interest ticking over.

Here’s some wisdom for you. If you choose to study French Literature as the world nose-dives into recession, graduation could leave you with more questions than answers.

As the economy crashed, I took flight to teach and translate in the villages of Provence. It was a chance to up the language skills and to learn to ride. Badly. Picture a sun-burnt ginger lad clinging to the mane of a wild-eyed Camargue pony and you’ve got the idea.

My students may have been trawling through Dickens and Heaney, but my own reading material was found on the zinc-topped counter of the local PMU. Hazy days at little-known Avignon-Le-Pontet and cold nights at a deserted Marseille-Borely kindled my racing interest into a passion.

Dublin called next as I took another speculative dive into the depths of the written word. A Master’s in Literary Translation was procured in the city of Joyce and Swift, but it was trips to the bases of O’Brien, Magnier, and Mullins with the university Racing Society that seemingly had the greatest influence on my professional direction.

Spurred on by such access I established a racing blog and social media presence known as ‘The Winning Post’, sharing race previews and photography, often with a French angle.

From here the cliched Parisian stint was ticked off. I can only imagine that the marketing department at France Galop were frantically seeking answers as to why Auteuil and Longchamp, two grand theatres of the sport, were routinely empty even on Group 1 occasions. But for me such sparse attendance was a privilege. Like going to a concert by a world-class virtuoso and finding you are the only one in the audience. Rouget, Fabre, Macaire, and Gallorini were the performers and as I documented their exploits my online following grew.

South Korea may have entered the western popular consciousness over the last 20 years on a wave of k-pop and kimchi, but its racing remains relatively obscure. So what better place to put yourself on the international racing map?

If there’s no one else there, then you can easily stand out. Especially as I was still rocking the sun-burnt ginger look (the pony didn’t make it through customs). Having moved to Korea in 2016, my writing, photography, and social media work brought me to the attention of the Korea Racing Authority, who asked me to assist in the English-language promotion of their recently launched international races.

So within a few months I was on the telephone to Tom Hogan trying to get Gordon Lord Byron over for a spin, doing interviews about the growth of Korean racing for international TV, and showing Yutaka Take to the jockeys’ room.

Horse racing in Korea has made remarkable strides in the past 10 years and it was a real thrill to play even the tiniest part in their progress. Korean champions such as Power Blade and Triple Nine will stay with me forever and I am very thankful to KRA International Department Manager Dr Seungho Ryu for the opportunity.

I tend to travel light and returned to Northern Ireland with just two things in my suitcase: a year’s supply of instant noodles and a belief that racing was the way forward. Technology today means a world of professional possibility can be unlocked for the price of an americano, so I revved up the laptop, put the camera into continuous mode, and started pumping out content.

As Editor of Gallop Magazine and a contributor to many other publications, I was able to take in Hong Kong, Dubai, and many big days across Europe in just a few short months. The copy was sometimes late, the photos were sometimes out of focus, but I learned a lot.

Downpatrick racecourse manager Richard Lyttle is a big name in Irish racing. Wherever I went people knew him. If you don’t ask you don’t get, so I picked up the phone to see if I could join the team.

Within a week I was selling tickets, designing ads, and ironing tablecloths. The beauty of working at a smaller track is that everyone mucks in, and under a manager like Richard you’ll be given every opportunity. My season at Downpatrick had many highlights, but leading a recalcitrant llama around the parade ring on Family Day will live long in the memory.

All the above has led me to my current role as marketing executive at Irish Thoroughbred Marketing. Languages, writing, media skills, photography, social media, and international racing knowledge are all of daily use (ironing not so much, but you never know).

It’s a real privilege to be able to serve the world-class Irish racing and breeding industries, especially having seen how well respected they are internationally. There are challenges, I make mistakes, and there is still so much I have to learn, but working the sales, serving as an international rep, running the ITM Irish Stallion Trail, and working with the team on our many other endeavours offer plenty of reward.

So my racing journey has been more of a sprawling Mongol Derby than a straight five-furlong dash. With no finish line on the horizon just yet, I’ll see where the road takes me. 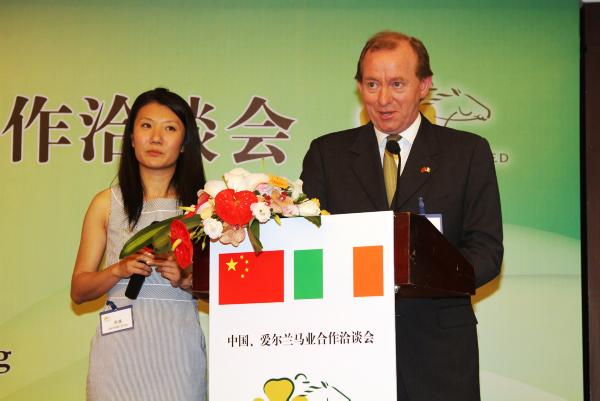 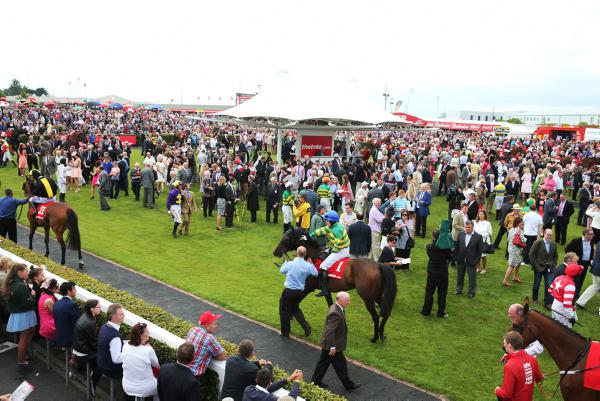 Racing News
AIRO forum for Dunmurry this week
By Margie McLoone on 30 October 2014
More in Inside Racing
Racing Field +
THE BIG INTERVIEW: Ellmarie Holden and Michael Shefflin
Racing Field +
DONN MCCLEAN: 16/1 Ginge a Classic player with Twiston-Davies back on board
Racing FREE
A day in the life of a small trainer
Classifieds
Place ad
Get full unlimited access to our content and archive.
Subscribe to The Irish Field
Unlimited access to The Irish Field via your computer, mobile device, tablet or newspaper delivered to your door.
Subscribe now +
Already a subscriber? Sign in