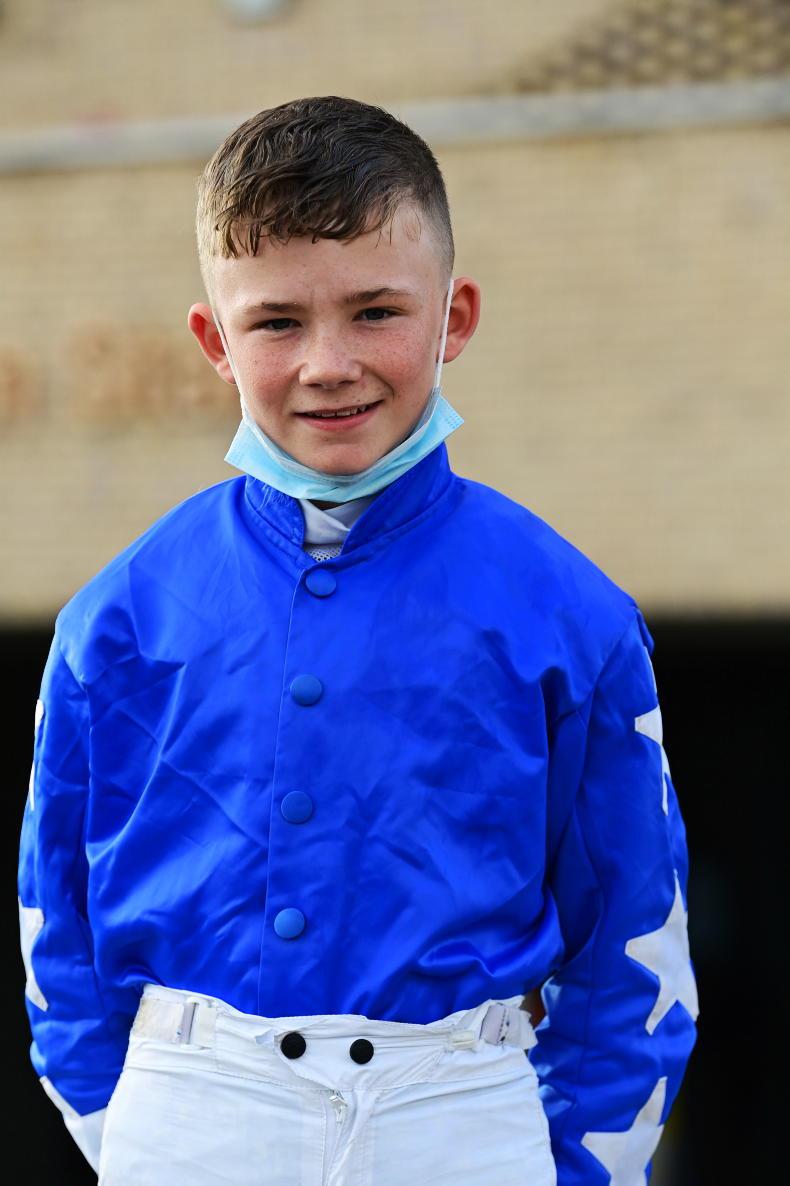 THE rescheduled Ballybunion Beach meeting brought the curtain down on this season’s shortened season and 12-year-old Charleville rider Dylan O’Connor celebrated his confirmation as The Irish Field National Champion by adding a double to bring his seasonal tally to 36 winners.

Dylan opened his account in the 15hh race where he gave Cali Cartel a patient ground-saving ride before quickening clear over the final three furlongs for an impressive win for the Killorglin, Co. Kerry-based O’Sullivan family.