After a brilliant post race interview on Racing TV following the success of Realtin Fantasy, owner-breeder Eugene O’Donnell speaks about his life in racing 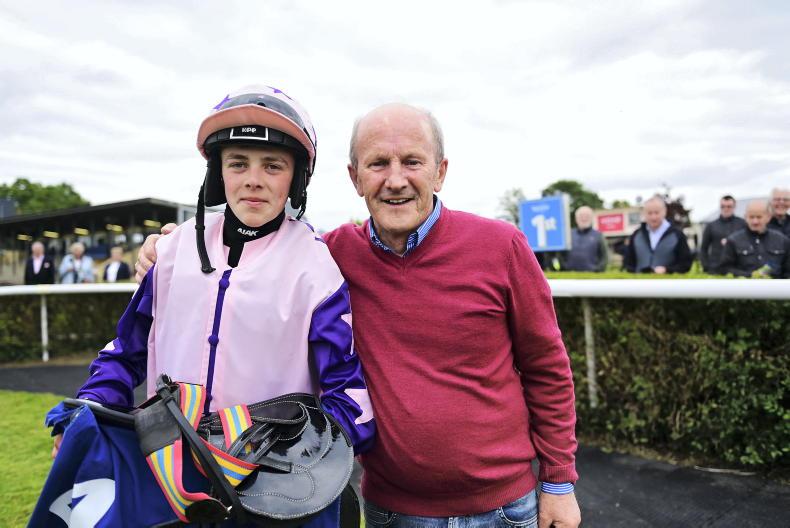 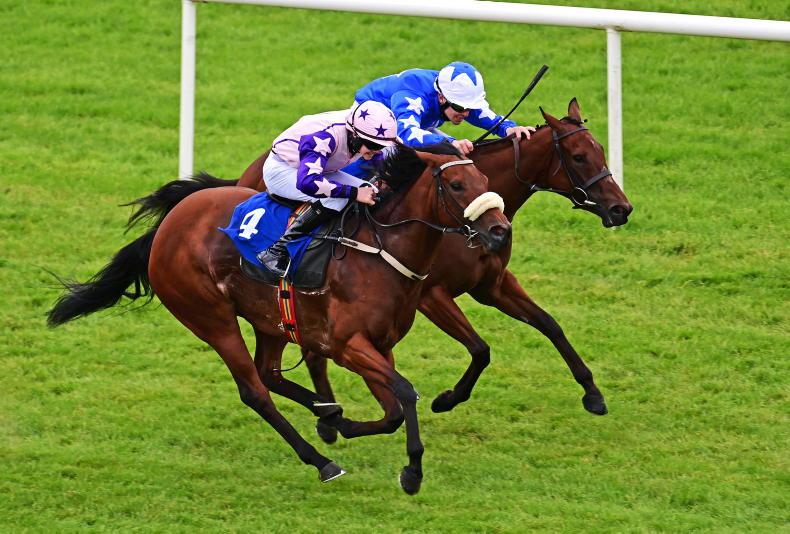 PEOPLE within racing love to see the small man do well; something I have witnessed at first hand since Realtin Fantasy won at Tipperary last month. As an owner/breeder, who has spent most of my life working in the industry, I have been overwhelmed by the number of texts and calls I received in the aftermath of her success.

As a young child growing up, I was always fascinated by horses and dogs. Tommy Wade trained just down the road from us, so I used to watch his string walk past the house every morning. Pascal Dwyer, a neighbour of ours, used to stop and chat to me as he rode by. In later years, when I went to work at Ballydoyle, our paths crossed again, with Pascal employed as a work rider.

School never held any interest for me and I couldn’t wait to get out. I had started to work weekends for Dick Ryan, a well-known greyhound trainer, who won all the big races on the calendar. As soon as I reached 14, I left school and went working for Dick full-time. After 12 months, I left to take up a job with Tommy Wade. Although he had some of the leading showjumpers of that era, Tommy also trained racehorses and point-to-pointers. I thoroughly enjoyed the three years I spent in the yard; learning how to ride and break thoroughbreds.

After breaking my leg in a fall, I was out of work for a few months. When I got back on my feet, I went to work for Christy Kinane in Cashel. That was another great experience, one where I learned so much. Michael Byrne, who was stable jockey there in those years, was always very helpful to me. After three years in the yard, I moved away from racing for a short time, going on to drive a truck for a couple of years.

JJ Wade, who worked with me in Wade’s, then rang up one day to ask if I would be interested in coming to work for David O’Brien. The latter had just started training and was looking for staff to ride out. A short time after, I was offered the role of travelling head lad; undoubtedly the best job I ever had in racing.

Over the next eight years, David won just about everything there was to win in the game, before packing it all in and retiring from training. He was an incredible man to work for, an absolute gentleman. During his short training career, he won the Irish and French Derbys with Assert and the Epsom classic with Secreto. He became the first foreigner to win the French Derby and remains the youngest trainer to win the Epsom race. That latter win was definitely one of my best days in racing - Christy Roche was incredible on the winner. I doubt anyone else would have won on him on that day.

During the eight years I worked for David, I travelled horses all over the world. They were wonderful times and I have no doubt, that had he not given up training, I would still be working for him today.

The atmosphere in that yard was like something I have never witnessed before or since. Lads just loved coming into work every morning; they were never late and it was extremely rare for someone to miss a day. By the time David gave up training, I already had a horsebox on the road. Over the next eight or nine years, I went full-time at that job, transporting horses for Jim Bolger, Joe Crowley, Anne Marie O’Brien, Francis Crowley and later, Aidan O’Brien.

Eventually., when Aidan moved to Ballydoyle, Coolmore had their own transport, so I was no longer required. I switched careers, going into car sales for the next 14 years. Then about eight years ago, I left that job and went back driving a lorry.

In terms of breeding horses, Petite Fantasy was the mare that started it all off for us. I came about her quite by accident. I had transported foals to the sales that year (1992) and some of them were unsold. As I had a foal of my own at home, I wanted something to run with her, so I asked the consignor if he would sell me one. He very kindly gave me Petite Fantasy for free.

She was only 14 hands high and you would have to look in over the box just to make sure she was in there! I brought her up to Aidan O’Brien and the lads broke her up there. I then took her home and did a bit with her until she was ready for some work. Niall Egan rode her in Piltown one morning and told me she was a serious filly. I went back a week later and Christy Roche rode her - he told me to leave her there. She was a proper filly, winning the Rockingham Handicap and the Listed Belgrave Stakes.

As a broodmare, everything we bred off her subsequently went on to win. Desert Fantasy landed a right touch for us at the Curragh at the 2003 Irish Derby meeting. He was a right horse but wasn’t simple and Christy (Roche) did a great job training him. Perfect Fantasy, the dam of Realtin Fantasy, was sold to Clive Cox as a yearling. She later went on to win her maiden first time out at Kempton. Two years after, my daughter Nikki, spotted her in the catalogue for the December Mare Sale at Tattersalls. We went and bought her back and Realtin Fantasy is her first offspring. We had intended to sell her as a foal and later as a yearling but she met with setbacks which meant she missed both engagements. Some things are probably just meant to happen!

Nikki broke and pre-trained Realtin Fantasy before we put her in training with Willie Browne. She comes home to us every winter and we keep her until six weeks before her first run. My wife Mary, daughters Nikki and Bea and myself do all the work at home. We only have the mare and a six-year-old French Navy gelding but it’s a real family affair and everyone gets involved. The neighbouring trainers have been so accommodating with both Willie and Michael Browne, Willie and Andy Slattery and John Nallen always prepared to allow us to use their facilities or gallop with their horses. Without the help and support of those men we wouldn’t be able to enjoy our small success and dream of further in the years ahead.

Eugene O’Donnell was in coversation with John O’Riordan