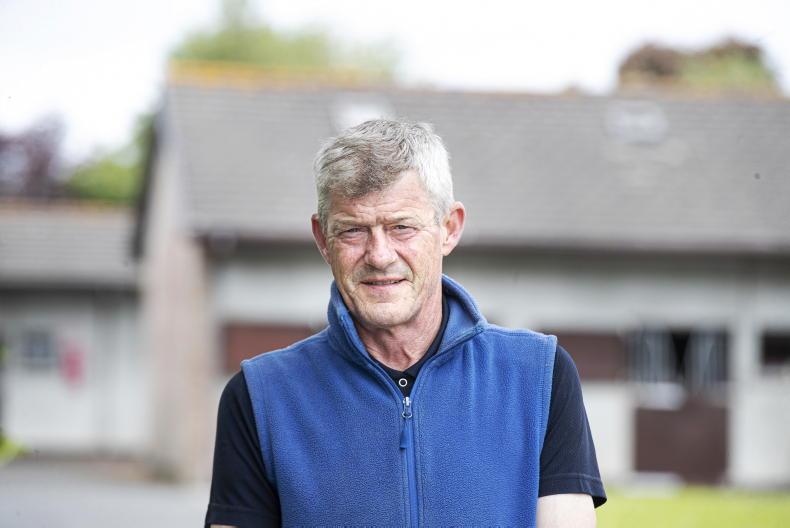 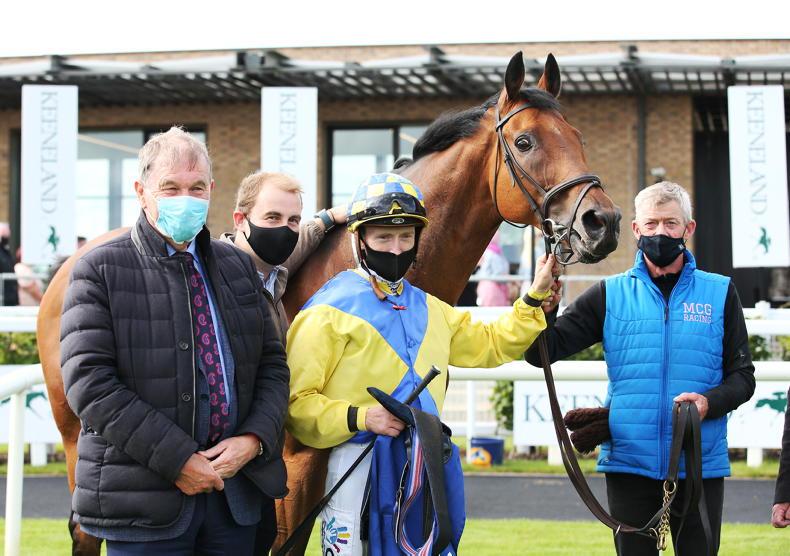 Texas Rock and David Flynn with Joe Keeling, Michael Grassick and Billy Lee after a win at the Curragh \ carolinenorris.ie
Previous Next

JUST before Christmas, I retired from racing; having spent almost 50 years working in the industry. Like everything, time just creeps up on you and I felt it was time to go. Having worked for the Grassick family most of my life, first with Michael Senior and latterly his son, I have some wonderful memories to look back on.

With no background in horses, I started off taking lessons with Dalys Riding School in the Phoenix Park. I used to pay £2 an hour to ride a mixture of everything from ponies to half-breeds. After finishing school at 15, I got a full-time job at the riding school before moving on to work for Castleknock-based trainer Paddy Kerins. He leased stables close to the Grassick family, who were his neighbours in those days.

Paddy trained both flat and National Hunt and had a lot of horses for the McGraths. After he passed away in 1976, Michael Grassick Senior took over the lease on the yard. The latter started off with just four or five horses, as the McGraths had removed their horses after Paddy Kerins died. Michael trained his first winner, Basin Lane, shortly after at Punchestown. An amateur jockey at the time, he also rode the horse in that bumper.

As more winners followed, the yard got busier and attracted new owners. However, in 1979, the Pope’s visit to Ireland meant that Michael had to relocate to County Kildare. With the purpose-built monument in the Phoenix Park taking over much of the grass gallops, the decision was made to move down to the Curragh.

Initially, we were based in Willie Robinson’s old yard but moved a couple of times before finally settling in the present location. By 1979, Michael had retired from race-riding and had a string of 15/20 horses in his care. Bell Tower won the Listed Guineas Trial that season and later went on to run a big race in the classic itself. I rode out in the yard right up until around 10 years ago, so was fortunate to have sat on some high-class horses over the years. I also acted as Travelling Head Lad to Michael Grassick Senior and more recently, held that role and that of Head Man to Michael junior.

Over the years, I was lucky enough to be involved with some fantastic horses. Danse Royale, owned by a great supporter of the yard, Miss O’Kelly, won the Guineas Trial in 1993, before going on to be placed in the Guineas and Pretty Polly (Group 2) later that season. Her Group 3 win under Lester Piggott at Deauville that August was a special day and I was fortunate to have travelled over with the filly. It certainly ranks up there as one of the highlights of my time in racing.

San Sebastian was another horse I have very fond memories of; winning the Ascot Stakes in 1998 and the Queen Alexandra the following year. I travelled over to the royal meeting with the horse on both occasions. He was also placed twice at Longchamp on Arc weekend. Preseli was definitely the standout horse in all those years; winning the Group 1 Moyglare Stud Stakes and being crowned joint top-rated two-year-old filly in 1999.

Flame Of Athens (won 1995 Railway Stakes) was another that stood out in later years. In 2000, I went to Dusseldorf with Margay, who finished second to multiple group 1 winner Crimplene in the German 1000 Guineas.

In 2013, Michael Grassick junior took over the licence from his father. By that stage, I had stopped riding out but continued to travel with horses and act as Head Man. Texas Rock, who came along the following year, really got Michael going, winning two listed races over the next few seasons. Verhoyen was another that kept the flag flying, with a premier handicap success in the Scurry Handicap (2019).

Having grown up with the family and known young Michael and his siblings since they were babies, I was delighted to be able to share in some of his success in recent years. Even though I have taken a step back from racing, I will be keeping an eye on his runners once the turf campaign starts and wish him all the success in the world.

After a lifetime working with horses, it was somewhat of a culture shock when I started my new job in a factory. Going from being outside all the time, to working indoors with a larger group of people was strange at first but I soon adapted. It definitely has its upsides too; away from the cold weather of an Irish winter. I certainly don’t miss the wind and the rain!

David Flynn was in conversation with John O’Riordan