Conditional jockey, Brendan Lyons, recently gained his first-track winner under rules and talks to John O'Riordan about scoring at his local course during its premier meeting 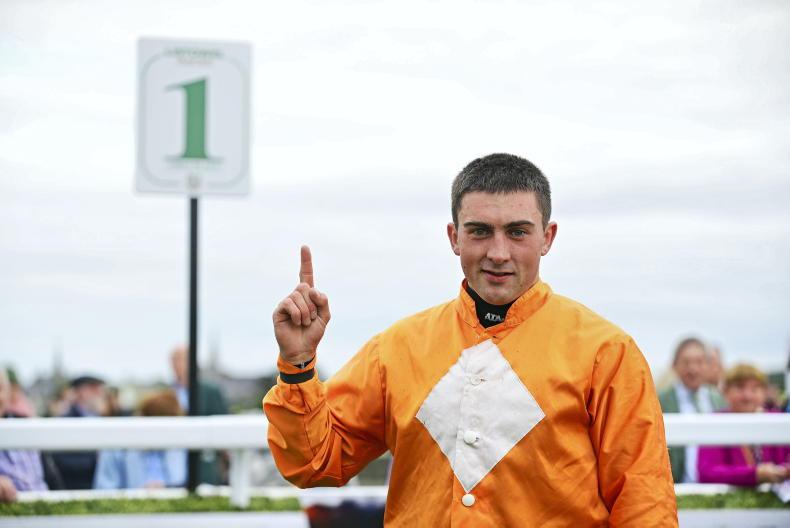 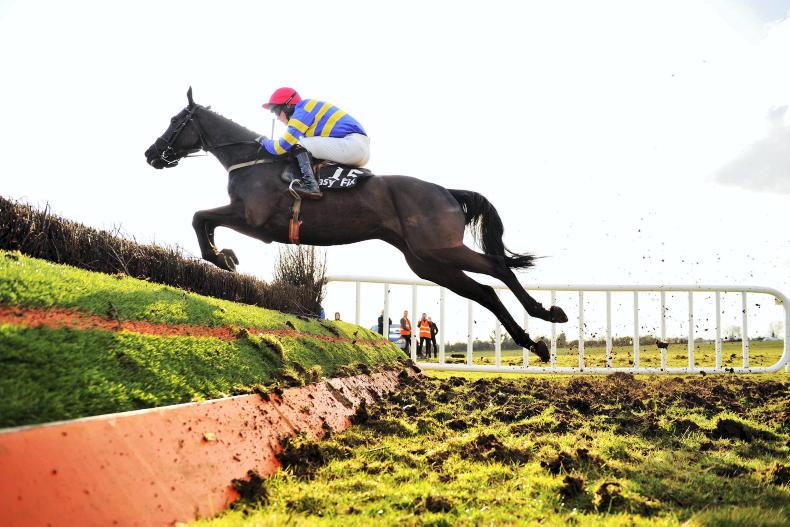 Brendan Lyons and his own The Premier Broker jumping to win their first point-to-point . \Healy Racing
Previous Next

WINNING a race for the first time under rules is significant for any jockey, but to do so at your local racecourse, at one of the biggest festivals of the year, makes it all the more noteworthy.

As a born and bred Listowel man, I was very lucky to win aboard Well Funded at last month’s Harvest Festival. Even now, I don’t think it has truly sunk in just yet; I have been on a high for the last week.

As a young child, I would have attended the festival every September with family and friends. Although local schools remained open throughout race week, I always managed to get a day or two off along the way!

Barry Geraghty was the jockey I always followed, with Monty’s Pass in 2002 being one of my very earliest Kerry National memories.

While we didn’t have any thoroughbreds at home, there were always ponies and donkeys around the place. I think I probably sat on a mule first but quickly moved on to the larger animals. Having been more or less self-taught, I honed my riding skills at the Listowel Equestrian Centre.

From the age of 11, I competed on the Southern pony racing circuit.

I had started going out to the yard of Tom O’Connor, a well-known north Kerry man, who produced plenty of talent over the years. I was fortunate enough to be crowned Champion Novice Rider during my time on the pony racing circuit.

It was quite a competitive environment with the likes of Oisin Murphy, Jack Kennedy, Joe Doyle and Kevin and Gearoid Brouder all competing. Tom O’Connor was a great mentor and provided me with the groundwork from which to build. I went into his yard at weekends and school holidays throughout my teens.

During one Easter holiday break, I went to Christy Roche on the Curragh. That was a fantastic opportunity, as apart from Christy, I received a real education from Jody McGarvey, Alan Crowe and Padraig (Roche). They were all so good to be during that short period and I took away so much from the whole experience. From 15 onwards, I also rode out for Tom Cooper, who is based in Tralee.

After completing my Junior Certificate, I left school and went to Paul Deegan on the Curragh.

Despite having a couple of rides on the flat, my weight got the better of me and I ended up taking out an amateur licence and returning to Kerry, to team up with Eamon Courtney in Killarney.

I had a few rides in point-to-points for the latter before moving back to Tom Cooper. During that period, I bought a horse from Ian O’Connor named The Premier Broker. Ian has since been very good to me and put me up on some nice horses after I took out my license.

Having decided to send that horse to Eoin McCarthy, I ended up following a short time later. I finished fourth the first time I rode The Premier Broker in a point-to-point and rode my first career winner on his next start.

A week after, I rode my second winner, also for Eoin on a horse called Directional. Eoin was very good to me, putting me up on everything that he could. Apart from point-to-points, I rode in bumpers and a few hurdles as an amateur. As I was only with Eoin mornings, I also rode out for Mikey O’Connor in Cork and any local trainers that needed me.

I later went back to Tom Cooper for a third stint; taking out my conditional jockey licence.

Tom was also very loyal, giving me plenty of good opportunities. I learned so much during my time working with him and have much to be thankful to him for.

About two months ago, Eoin asked if I would come back to him on a full-time basis.

He has really taken off in the training ranks over the last few seasons, so much so, that he now has over 60 horses in training.

I had only been back in the yard a few months before I rode my first winner under rules at Listowel last week.

As the horse, Well Funded, was a reserve, I actually didn’t know until two hours before the race that I would be riding. Prior to that, I had only had one ride for Eoin at Ballinrobe, so even if the horse got in, I wasn’t sure I would be riding.

I am very thankful to both Eoin and the owner, Sean Maguire, for giving me the opportunity. Well Funded had been working well at home, so we had been hoping she would run very well if she got into the race.

To go and win at Listowel was unbelievable for me. Even now, I am still getting over it.

Unfortunately, as Well Funded wasn’t a definite runner, my family and close friends weren’t in attendance but given it was my local meeting, I recognised plenty of smiling faces in the crowd.

Looking to the future, my short-term goals are to pick up as many rides as possible and gain further race-riding experience.

Hopefully, I can keep the partnership going with Eoin and his owners, as well as developing new contacts with outside trainers.

The likes of Tom Cooper and Ian O’Connor have always been supportive, so I would love to repay them with a winner at some stage.

Brendan Lyons was in conversation with John O’Riordan<./I>