On a busy weekend of harness racing, Dan Carlin reports from Portmarnock while Tim Kelleher reviews the action at Lyre 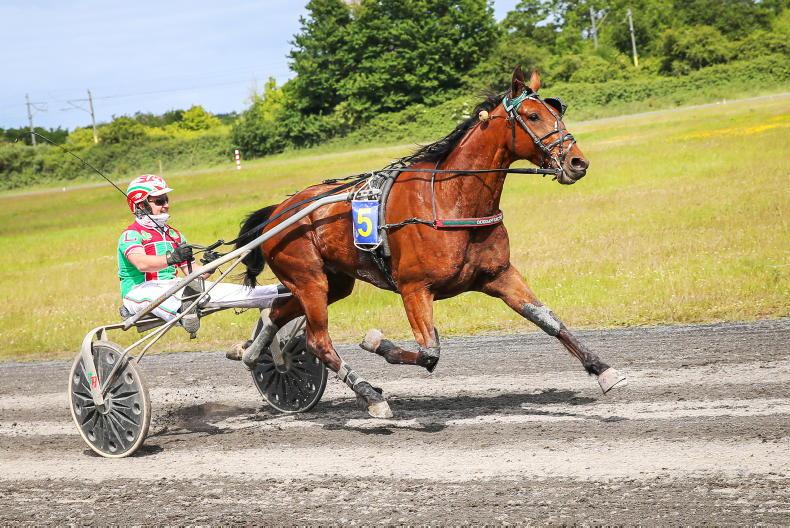 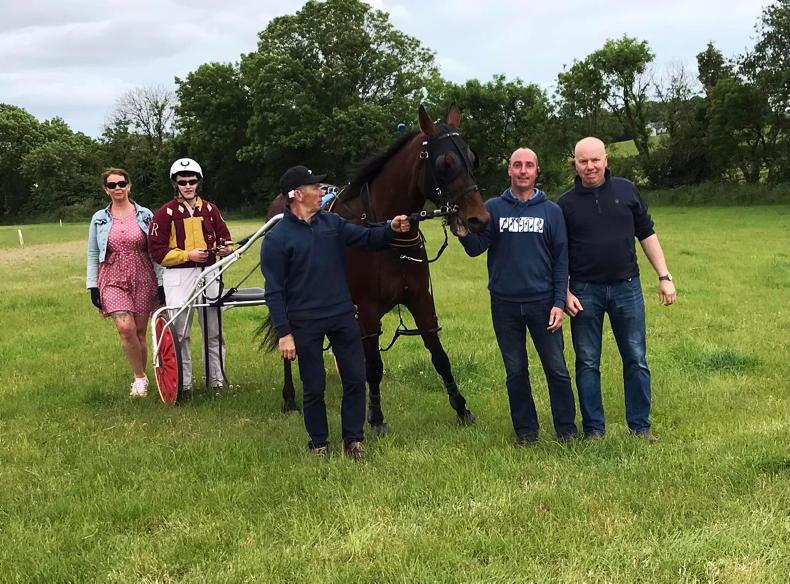 THE Duggan cousins, Sean and Simon, from Galbally, Co Tyrone picked up a welcome win at Portmarnock last weekend when Coraile De Belande sprinted clear in the D to E trot.

Tiernan Loughran was in the sulky. The Duggans have previously owned two generational horses in Rhyds Boots and Abraham and these two have proven hard to replace.

Another smaller stable, that of Jamie Hurley from Clonakilty got on the score sheet when Irish Good Dream (Patrick Kane junior) took the four-year-old trot.

The atmosphere in the bar after racing was jovial. The Tyrone men and the Cork stable happened to be at the same table when asked for a comment for The Irish Field. About five different answers were forthcoming. There were comments about Tiernan being two seconds better than normal driver Simon Duggan. Timmy O’Donovan, part owner of Irish Good Dream, was said to be ‘the J.P. McManus of trotting’. Only Rebecca Hurley, who jogs the horse daily, seemed to have her feet on the ground!

Patrick’s driving win on Irish Good Dream brought up a double as he had earlier won the opener with Sweet Caroline, a catch drive for trainer Gavin Murdock. Currently, there is a big game of musical chairs in the Gavin Murdock sulky seats as Gavin has a large stable and is still off with an ankle problem.

Jonny Cowden was seen to good effect aboard Celui La Laye in the apprentice trot. 2021 champion apprentice Calvin Broughan gave his own Bingo De Connee an enterprising drive. Calvin kicked on at the railway last time around but Celui La Laye has some finishing kick and wore down the Naul runner in the shadow of the post.

Celui La Laye seems to thrive on racing and he must be a player at the gala weekend at Annaghmore which opens today.

The Naul yard of Sean Kane ended a barren few weeks when Steven Coleman’s Éclair Du Limon won the Grade G trot in an impressive 3’10.1 for the mile and a half.

“We changed his training from under saddle to yoked to a cart,” explained Sean. “I have him in a Crescendo bit coated in leather as he can be a bit keen.”

Rhyds Rival (4/5 to 4/6) made his seasonal appearance a winning one for the Billy Roche/Mouse Joyce team. The Welsh-bred gelding endured a brief scare when Billy’s nephew John Boy Roche proved difficult to pass on One Cool Touch. A time of 1’59.6 is not hanging about.

Billy also registered a double on the day when Joe Gannon’s Buliano took out the grade B to C trot.

CIAN O’Reilly, one of the up-and-coming drivers on the West Cork circuit, drove the first double of his fledging career at Lyre on Saturday.

Rodney Camden set the ball rolling for O’Reilly in the Grade F & E Pace. Drawn number 2 on the gate, Cian sent this son of Well Said to the front on the opening corner and set decent fractions. Despite a late effort from Oakwood Maestro, who encountered traffic problems, the winner was never in any danger.

The brace of winners for the 18-year-old O’Reilly was completed in the B to D Pace. Heading out on the final lap the Drimoleague youngster on Blue Showdown went to the front with ease and stayed on strongly to beat American Rebel by two lengths with Brywins Starship staying on in third. The time of 2’05.6 was the fastest mile of the day.

“My father Sean bought the two horses from Scotland last autumn and both are going well at the moment. The racing in Cork has been very competitive and it’s nice to drive my first career double. I don’t get many catch drives so I take my chances with limited opportunities,” O’Reilly said after racing.

Brutenor, a former winner of The Maven Trot here in Lyre, returned to winning ways in the A to D Trot. Patrick Hill sent the 11-year-old to the front at the start and did not see another rival. Nine lengths was the winning margin from Comete Des Landes.

Racing opened with a local winner in the shape of Foxfield Ranger who is trained within shouting distance of the track by James Hurley at Reenascreena. An unlucky loser last week, Hurley got this son of Total Truth in the right mood and put in a clear round of pacing to get the better of Spartan Warrior.

The three Quill brothers from Kenmare were all involved in the best finish of the day in the D to F Trot. Fina Mix with Seamus followed up on last week’s win to beat brother Oisin three-quarters a length on Humour De Cosse, with the third Quill sibling Finbarr another length back in third on Destin De Larre.

“We might be brothers but out on the track it’s a different story,” Seamus, the oldest of the three, was quoted.

Dan O’Mahony is another of the younger generation of drivers and he snatched victory from the jaws of defeat in the Four- and five-year-old Trot. Inspire Me, who can be erratic, seemed to have put in a clear round but Highland Princess came off the pace to get the judge’s call by a neck.

Timmy Moloney’s season has been littered with winners and the good run continued when Share A Smile justified good market support. Timmy was “playing the banjo” to borrow English commentator Darren Owen’s phrase for a driver enjoying a bloodless victory.

The meeting concluded with a leg of the IHRA apprentice series and Eoin Murphy continued his winning partnership with Vallanzana who is trained by the Murphy Bros at their IB Stables base in Baltimore.

THE hardworking local committee at Annaghmore, Co Armagh will welcome raiders from Leinster and Munster today and tomorrow for a gala meeting to mark the opening of the new clubhouse.

An estimated £20,000 prize money is up for grabs. The top 16 trotters in the country and the top 12 pacers will run in heats and finals over two days. A fillies’ and a colts’ division for three-year-old pacers, a four-year-old trot and the first two-year-old pace of the season all make for good entertainment.

Colleen Camden was tenderly handled at two and will be keenly anticipated in the three-year-old fillies. Duca De l’Eau was very impressive at the American weekend but Celui La Laye will take a bit of beating in the top grade trot. Rhyds Rival will be short if he gets his nose on the gate in the open pace although the enigmatic Newtown Rock likes to come off a sharp pace.

Avenir Du Vauvert skipped Portmarnock last weekend and the connections are hot first time out. Churchview Camelot looked special in winning recently. Ayr Harbour is a real natural and it will take a good two-year-old to beat him.

Full results, this weekend’s cards and general information can be seen at www.irishharnessracing.com. Annaghmore Raceway is at junction 13 of the M1. 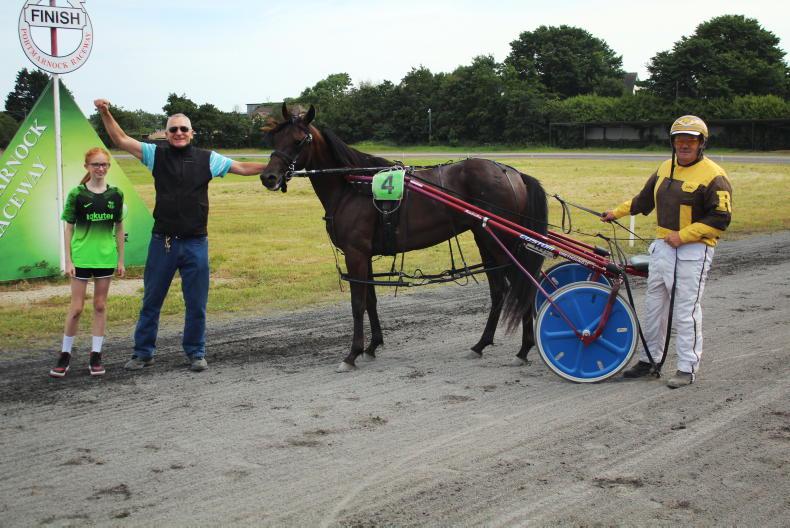 Dan Carlin
HARNESS RACING: Aurora pounces with the JR touch
Honour were well divided at Portmarnock while Mark Kane and cousin Sean were among the winning drivers at Lyre on Saturday 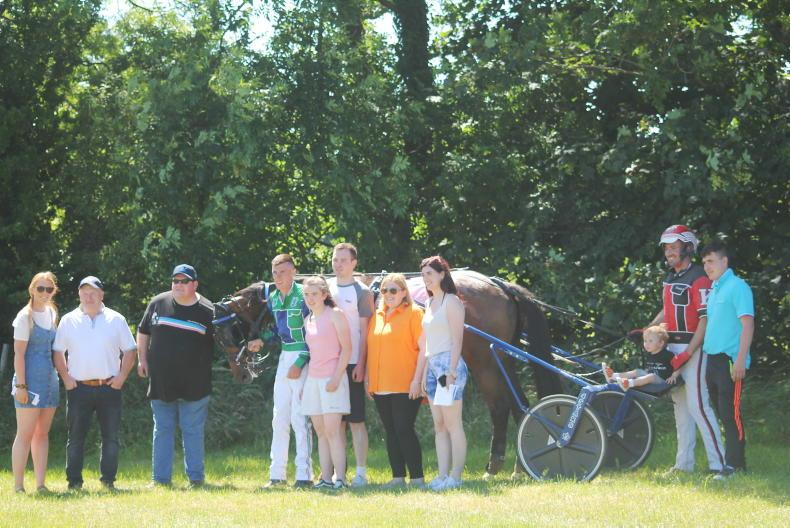 Dan Carlin
HARNESS RACING: Kane hat-trick puts him back in title race
The Co Meath driver is in contention for The Irish Field National Drivers Championship after a hat-trick which included a new course record 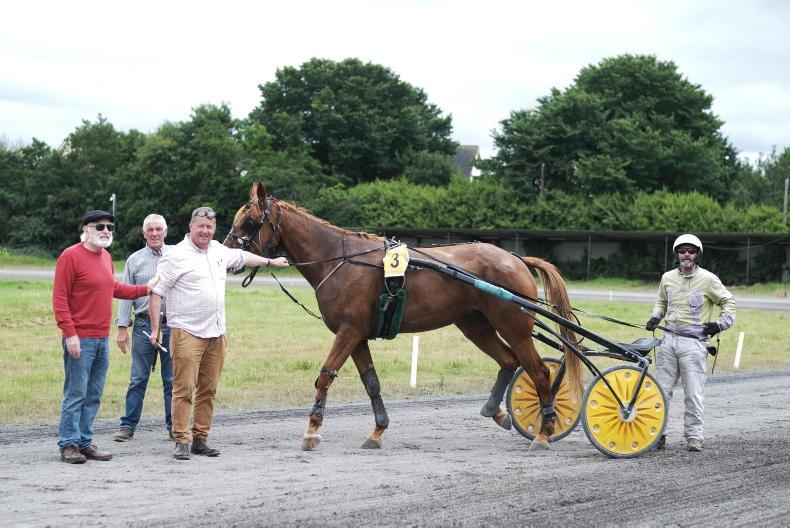 Dan Carlin
HARNESS RACING: Hopper the highlight at Portmarnock with quickfire double
The Ashbourne based driver is still producing the good at the age of 64 and he recorded a double at the Dublin track last weekend 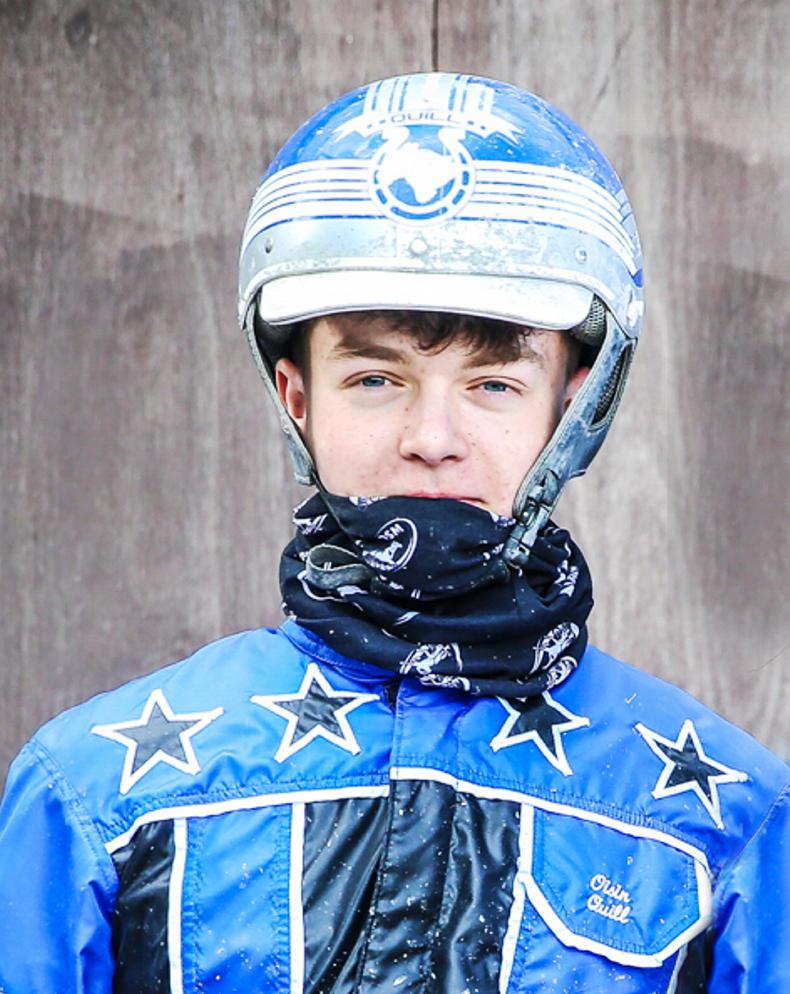 Dan Carlin
HARNESS RACING: Quill drives a Portmarnock treble on a great day for the Kingdom
The Kenmare native Oisin Quill took the main driving honors at Portmarnock last Sunday when he came home with a treble