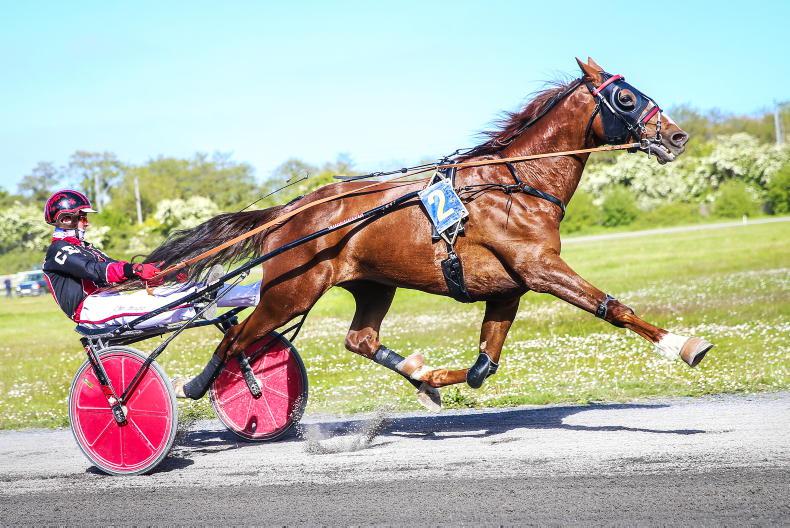 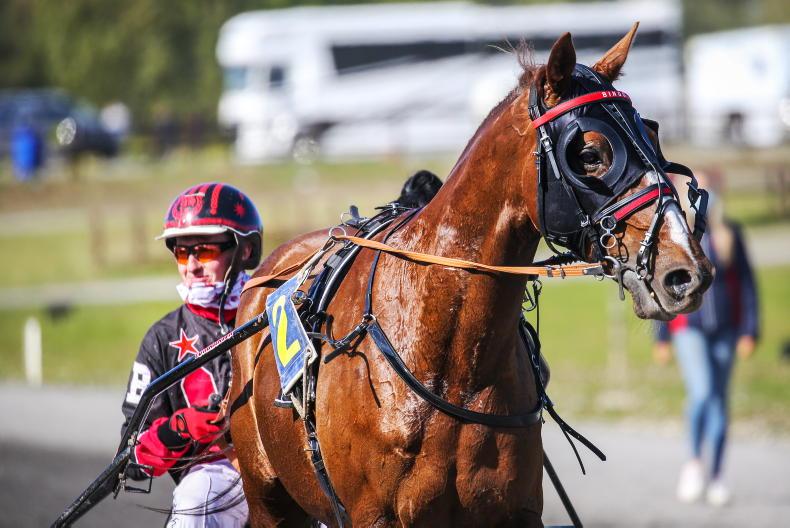 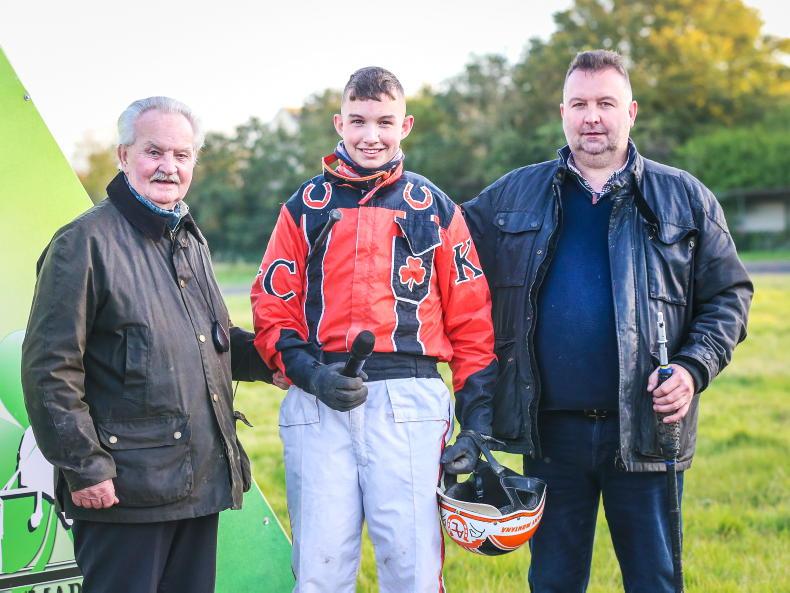 THE wellbeing of any sport can usually be gauged by its youth policy. The apprentice series is one aspect of the Irish Harness Racing Association set up that is working well.

Youth was to the fore on last Sunday as Calvin Broughan (18) from Cabra was crowned 2021 Apprentice Champion, while 16-year-old Adam Corey from Glengormley drove his first ever winner in a race proper.

Leah McNevin was in the thick of the action as usual and was third to the Double Deuce/Adam Corey combination. Leah was on Newtown Alana.

Luke Timlin from Derrylin gave Epsom de Corvees a competent drive to win the actual apprentice race on the day and carry on the young person theme of this weeks’ coverage.

Adam has been gradually improving each week as the season wore on. The well-supported Caenwood Tribute (Alan Wallace snr) attempted to make all.

Adam tracked the leader until they got to the railway last time around. The rugged son of Armbro Deuce went on in a matter of strides and eventually won by eight lengths. The favourite Newtown Revenge was slow out of the gate.

The win was a big training performance when we consider that Double Deuce won a handful of races though March and April, then went off the boil and finally is back in form.

Anyone who has worked with horses will realise that is takes good management to campaign a horse from St Patrick’s Day until mid-November.

“Brilliant,” was the short quote from Adam to The Irish Field. Seamus Corey, his grandfather thanked Ger and Sean Kane for coaching the fifth-year student at Edmund Rice College, or ‘Hightown Road’ as it is known. The apprentice champion Calvin Broughan also thanked the Kanes. Whether it’s a trotter skipping on the bends, or a young lad learning the ropes, Moorside Stables is getting pupils.

Duccio was the outsider of four in the apprentice race as Calvin entered his beloved Bingo des Connee in the feature race. The Flanagan cousins filled second and third on an emotional day for them. As previously mentioned, the Fermanagh runner Epsom de Corvees picked up the laurels.

LeTROT awards points for first, second and third places, and wins in open races do not count for this series. The final apprentice table reads:

Normally the winner represents Ireland in a race in France.

It’s a day or two since Donal Murphy and Billy Roche were fresh-faced youths but both drivers served reminders on the day that they are still at the top of their game. Murphy and Roche both posted doubles on a card where both table leader Patrick Kane jnr and second placed John Richardson drew blanks.

Donal’s two winners were well-backed. Duc d’Arry (7/4 in the morning to 4/5) won the A to C trot convincingly from long-time leader Eureka d’Eronville (Sean Kane).

The winner ran Dusty Jiel to a nose the previous week whereas the latter did not have the clearest of passages here.

The Madigan/O’Mara/Murphy-owned Comete des Landes took a division of the All-Ireland trot having hovered around 4/5 and 4/6.

John Moloney’s Cartouche Jemiska showed a return to form and was second for Billy Roche. The time of 3:08.6 is good shooting for November.

The ‘Red Baron’ (Roche) is the Tony Martin of harness racing and can work the handicap system with aplomb. Billy has a had quiet enough season by his lofty (he is 6ft 4in after all) standards.

The stable stalwarts Urbano des Selles and Valiant de Gueham are now long of the tooth, so the win by the seven-year-younger Gambia des Tithais will give the Roches heart for next season. Ella du Fosse (Patrick Kane jnr) and Dragee du Lys (Sean Kane) made it a one-two-three of chesnut mares.

Billy was seen to good effect on the likeable Devoir Math also in an All-Ireland qualifier. He picked off Calvin Broughan on Bingo des Connees and put a slight dampener on Calvin’s big day.

Devoir Math, on his best running, will not be far away in the All-Ireland Trotting Final next week. Comete des Landes heat was however nearly three seconds quicker.

In the pacing division of the All-Ireland there was the unusual spectacle of Alan Richardson coming to the aid of the layers. Alan was on the northern-owned Master Plan. Beat The Clock and Jonny Cowden were getting 30 yards and more from the trailers and as a result were backed to around 4/5.

However, ‘The Iceman’ loves a tactical battle and the mile-and-a-quarter distance played to Master Plan’s strengths.

The game nine-year-old ran out the winner in a tight finish. The clock read 2:31.7, a sharp time. The winner touched 7/2 in the ring.

The regular races opened with a lovely drive by Anthony Malone aboard his own Eliano Love in a D to E trot. JR tried everything to keep Coreo Fligny alive in the straight but the farrier always had him taped. Eliano Love has put in some brilliant runs this season, and the odd flat performance.

The faces from the Wallace yard were all on A Kind of Magic when he won the grade E pace from IB Notorious (Ray Sheridan). The runner-up stayed on well. Driver Alan Wallace snr has been telling people for years that he is ‘a kind of magic’ so the name is apt.

Mark Kane upstaged his brother Patrick and six others in winning the grade G to F trot with Athlete Royal. The only son of the great Bold Eagle in Ireland is unfortunately a gelding, like most of the males in LeTROT scheme.

Jamie Hurley’s runner-up Good Boy Brouets is said to have had an interrupted preparation but has ‘ran in a group race at Vincennes’ on his CV.

John Moloney drove Ayr Paparazzi, recently imported from Britain to an impressive Irish debut in the A to D pace.

He gave some decent yardsticks 30 yards of a handicap and prevailed by a neck. John is from Limerick but now lives in Clare, so a rare harness racing victory for the Banner County.

Spectators are welcome but social distancing is in place. Turn in at Kinsealy chapel off the R107.

Trotters, as opposed to pacers, are topping the sales these days with prices driven by Scandinavian and Italian buyers. Continental Europe race trotters only while pacers dominate in the US and Australasia.

After day one, the sale-topping yearling made $750,000 – a trotting sister to the great Atlanta. Hanover Shoe Farms are based in the same state as the sale and consigned the top-priced pacer on day one: Admiral Hanover by Captain Treacherous, made $350,000.

It is unclear if any Irish or UK trainers are at the sale but there are good links between these islands and American agents, so perhaps some of the cheaper youngsters may make their way here. 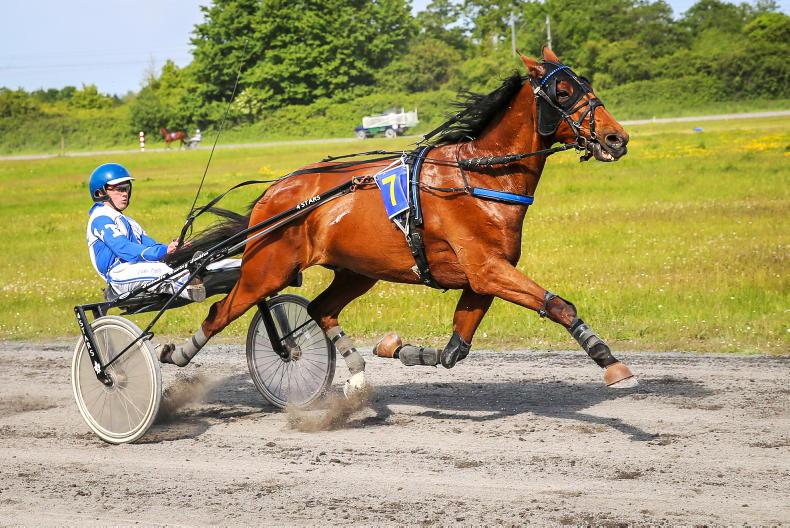 Dan Carlin
HARNESS RACING: Timlins on the double
The Derrylin team of Darren and Luke Timlin drove a double on the day while 16-year-old driver Adam Corey was also on the scoreboard 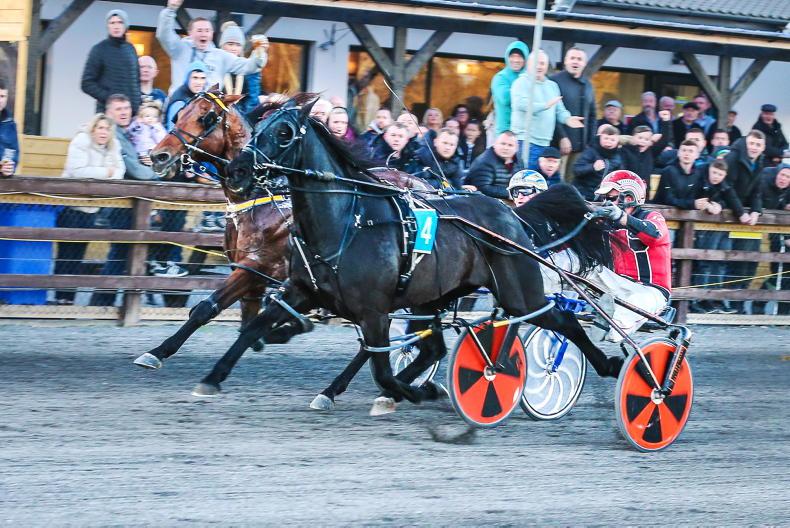 Dan Carlin
HARNESS RACING: Kane 'clears' up in title race
Neither horse deserved to lose and both Newtown Rock and Fairdays Western have served up great sport in 2021. 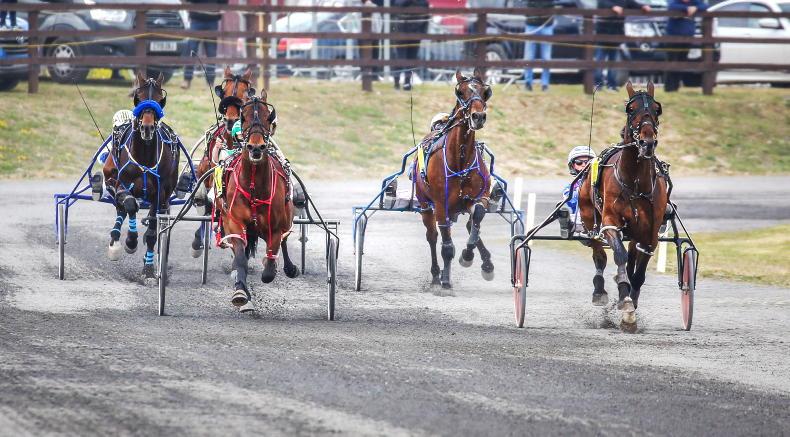 HARNESS RACING: Exciting pacing final despite absentee
One of the leading contenders for the race was a late withdrawal, and this followed a controversial heat 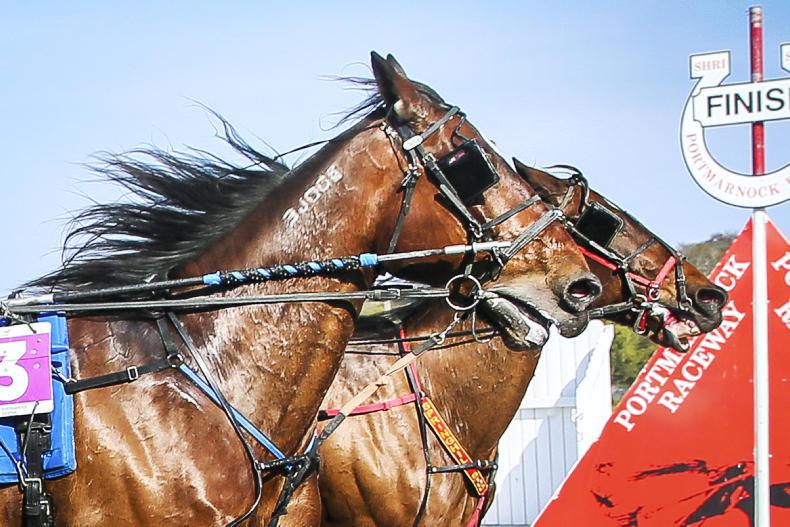 HARNESS RACING: Looking forward with three-year-olds
While we wait the go-ahead to race, Dan Carlin checks in with a few drivers ahead of the upcoming season