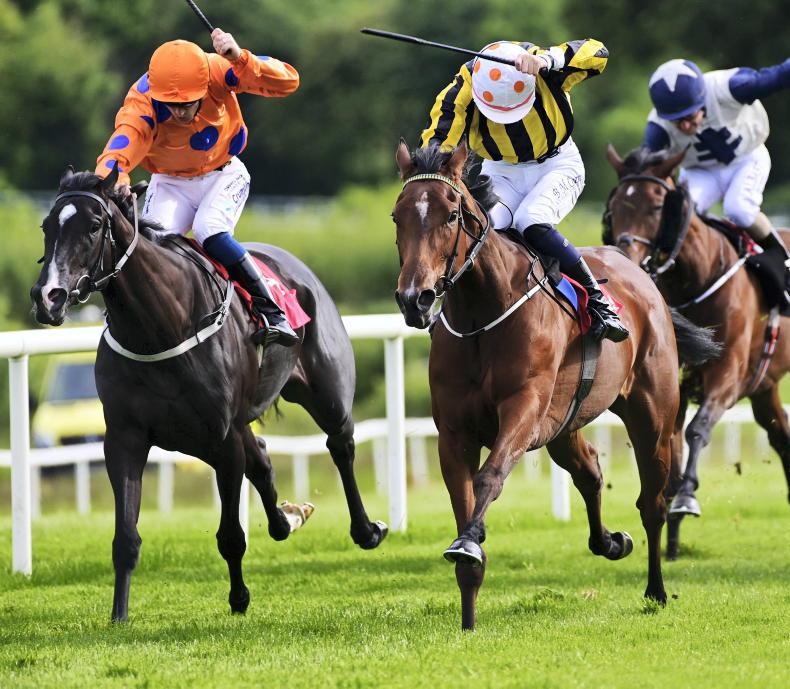 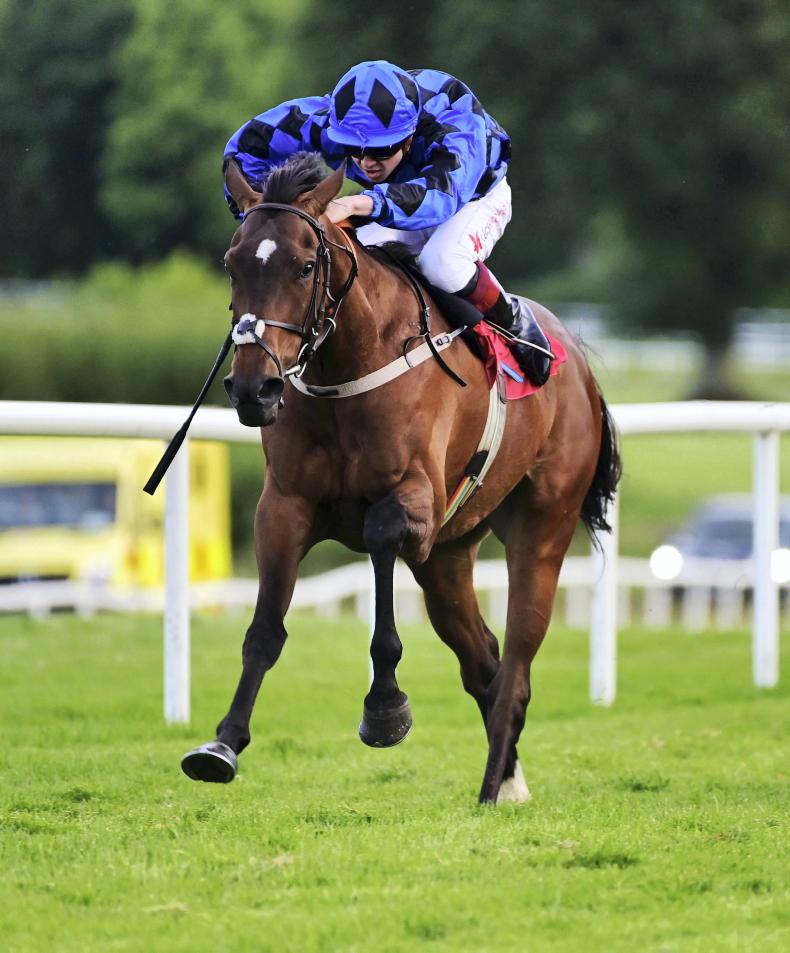 JOHNNY Murtagh is eyeing stakes prizes with One For Bobby after the Frankel filly made it two from two at Gowran Park on Tuesday.

The daughter of listed winner One Spirit recorded her second course and distance success in the nine-furlong fillies’ race on the card having scored at 33/1 on her debut just under three weeks previously.

She was sent to post 7/4 favourite this time and was delivered by Ben Coen to lead a furlong and a half from home.

The race was soon put to bed as she galloped on strongly in the closing stages to beat Show Of Stars by a length and a quarter.

“It was a very nice performance,” said Murtagh, who trains the winner for Ann Marshall. “Ben said it was a little bit tactical, they went steady enough and it was a bit of a sprint up the straight.

“It was a nice race for her, she learned plenty the first day but it would have been a bit unfair to go straight into stakes company from that.

“Hopefully now she’ll be able to step up again. I think 10 (furlongs) is a good trip for her and she’s exciting.”

Murtagh was recording a quick double on the card, having also given Coen the leg up on Flying Dolphin in the median auction maiden half an hour earlier.

Sean and Bernardine Ryan’s charge was making it third time lucky having been placed in two maidens this season.

The 4/5 shot made all and stayed on strongly down the straight to post a two-and-three-quarter length win over Hazy Memory.

“I thought coming here today he would be hard to beat,” said Murtagh. “We put the cheek-pieces on him because he’s just a bit starey. Ben said he was looking at everything. It’s always nice to get a maiden out of the way.”

THE Mick Mulvany-trained La Dame Blanche put herself in the shop window with a fine front-running victory in the mile maiden.

Gary Carroll kicked clear over a furlong out on the Fast Company filly and she had enough up her sleeve to hold the late charge of Touching Clouds by half-a-length.

“We were expecting a big run the first day and she was a bit green, I was actually a little disappointed she didn’t finish even closer (when fifth at Naas),” said Mulvany.

“The lads (Get Up And Go Again Syndicate) had another filly with me and they sold her and they will probably sell her on if the right money comes along.”

Another filly gaining an important bracket later on the card was the Andy Slattery-trained Bells On Her Toes in the Gowran Park Handicap.

She was produced to dispute by the trainer’s son and namesake a furlong from home and the 10/3 joint-favourite got on top in a tight finish to beat the staying on Bantry by a neck.

Slattery senior said: “Eithne and Geoffrey (Thompson) bred her and she’s a half-sister to With Thanks, who won the Athasi Stakes, so a win on her card is the main thing.

“I think she’ll go a mile and she will be better on softer ground.”

THERE was a warm reception for Vischio following his win for Dick Donohoe and the Goatsbridge Syndicate in the concluding handicap over an extended mile-and-five furlongs.

The 4/1 shot was another winner who raced prominently on the night, leading turning for home under Dylan Browne McMonagle and staying on stoutly to post a length-and-a-quarter win.

“She loves it here. It’s nice to win here at my local track and the owners are local,” said Donohoe.

“Some relations of mine own her and it’s an interesting story. She was bought a year and a half ago for a close friend of mine who was fighting cancer and unfortunately he passed away last August and she went to the sales.

“Michael Donohoe bought her for his sister Mag who is having health issues as well. She is here tonight, is in great form and flying. This will give her a boost and everybody is getting a bit out of her.”

Similar tactics were used on Dunum in the second division of the mile handicap as he led entering the straight before holding on at the finish.

The Ivawood gelding was making his first start for Natalia Lupini and the 9/2 shot was all out close home to hold Lady Leanora. Winning rider Wayne Lordan, in the colours of Maurice Burns, said: “I was drawn 16 but the pace has been holding up tonight so I had to use him up a little bit to get a good position. He stuck at it well so it was a good performance.”

In the first division of the race Angel’s Trumpet bounced back to form when making all to score for Peter Fahey and Leigh Roche. The grey, a well backed 6/1 shot, stayed on strongly in the closing stages to record a length-and-a-quarter win over Jazz Dreamers.

“Hopefully he goes on and picks up another couple, he’ll improve with a bit more ease in the ground,” said the winning trainer.

PATIENCE paid off with James McAuley’s Mischief Star as he got back to winning ways in the opening nine-furlong claimer.

Jake Coen tracked the leaders on the Due Diligence gelding before driving him into the lead a furlong and a half from home.

Despite hanging slightly left in the closing stages, the 14/1 shot went on to post a two-length win over Tooso.

“He was off for two years before we got him with a leg. You are rolling the dice and seeing how he is in the morning,” said McAuley. Dick Donohoe claimed fourth placed Star Official (€7,000) while Gavin Cromwell claimed the seventh-placed Supposedtobe (€6,000).