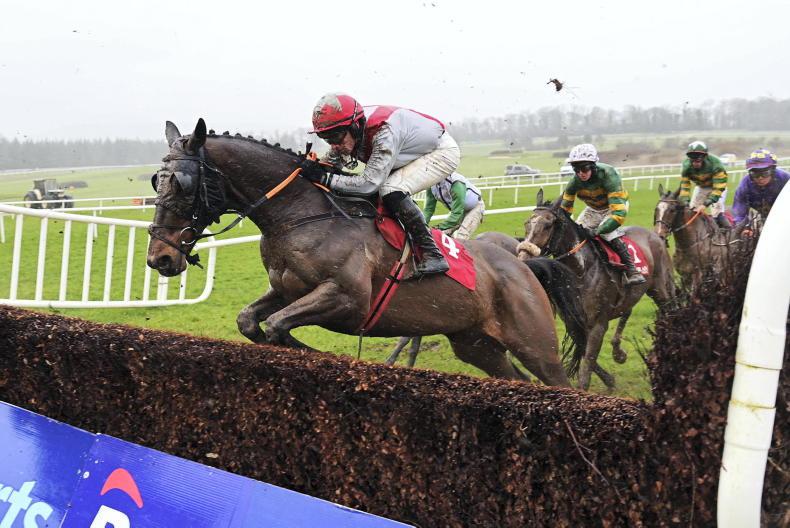 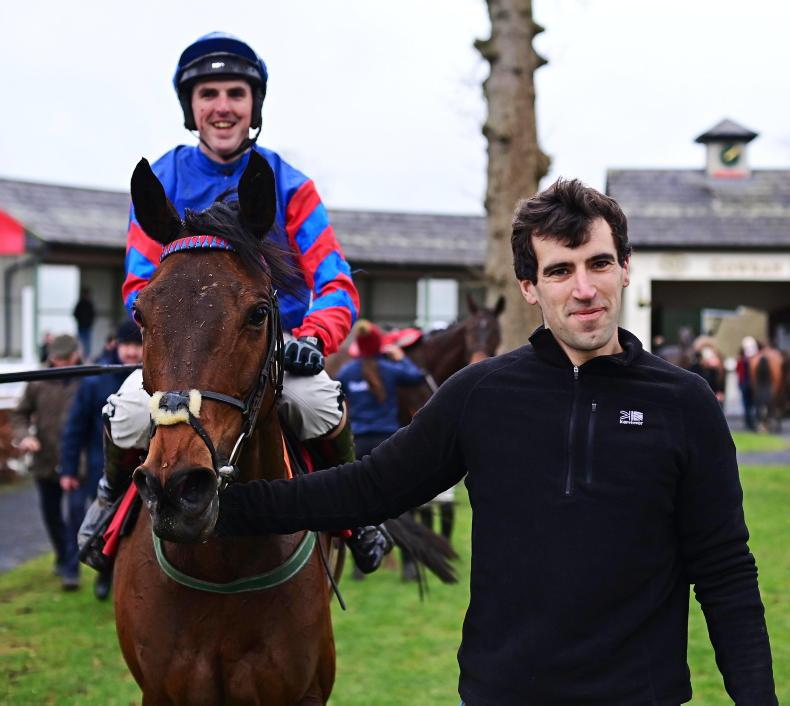 A SPLENDID run for Liz Doyle continued into this fixture as Bois De Clamart bagged his second valuable pot of the season at Gowran in the €45,000 Grade B Holden Plant Rentals Shamrock Handicap Chase.

A winner of a €40,000 handicap here back in November and placed over hurdles on his last two outings, the BD Partners Partnership-owned gelding revelled in the testing conditions in this well-endowed two-and-a-quarter-mile affair.

The Richie Deegan-ridden eight-year-old ploughed through the ground to take the measure of the favourite Rebel Gold on the run to the last fence and he reached the line seven lengths clear of the keeping on Gevrey. This result gave the trainer her third winner in recent weeks while 10 of her last 13 runners have finished no worse than fourth.

“He likes the track and loves the ground. It was Liz’s idea to drop him back in trip and I thought he would be okay on that ground. He travelled everywhere and I was actually getting there a bit too soon,” remarked the jockey.

Richie Deegan was earlier successful aboard the Paul Nolan newcomer Backintheroom (9/1 - 100/30) in the first division of the four- and five-year-old maiden hurdle over two miles.

The Softco-owned son of Shantou moved to the head of a well-grouped field early in the straight and then opened up a good lead between the last two flights. Nolan’s charge eventually finished half a length ahead of the staying-on 100/1 chance Kerosine Light.

“He has a great attitude and Richie said he was green throughout the race. He said that he had loads of horse left and he is a lovely horse going forward,” declared the trainer’s brother, James.

In addition to her success in the day’s feature Liz Doyle came close to landing the Xenon Handicap Hurdle over just short of two and a half miles, but the trainer’s Huit Reflets had to settle for second behind Missiee (12/1).

Eoin McCarthy trains the winner for John Costello and Gary Noonan was on board the daughter of Dylan Thomas who showed a fine attitude to retain control of the race after striking the front early in the straight. She got home by half a length to secure her second success of the season.

DA Capo Glory, who contested last month’s Leopardstown Grade 2 bumper won by Facile Vega, made a successful start over hurdles in the second division of the two-mile maiden hurdle.

One of two horses that his Cork-based trainer Padraig Butler has run on the track this season (both have won), the Galway bumper winner was sent off a well backed 11/8 favourite and won well. Amateur rider Darragh Allen got him to the front turning for home and the son of Fame And Glory maintained an unfaltering tempo to cross the line some 24 lengths clear of his nearest rival.

The winner is owned by the Red Strand Syndicate.

“He jumps very well and will be a nice horse over two or two and a half miles going forward. We might run him in a novice in about a month’s time,” stated Butler.

Another wide-margin maiden winner came when the Willie Mullins-trained Gjoumi finished some 44 lengths ahead of her nearest pursuer in the two-mile mares’ maiden hurdle.

Danny Mullins was on board the freewheeling pacesetter who was left miles clear at the head of the field when the chasing Sadie’s Pride fell at the second last.

The 119-rated winner was returned the 11/8 favourite and was clearly none the worse for a fall at Wexford six days previously.

There was further cheer for Willie Mullins when Shadow Rider enjoyed a straightforward success in the Irish Machinery Auction Beginners Chase over two and a half miles.

A year after his last appearance the J.P. McManus-owned eight-year-old made all the running under Mark Walsh. The 4/5 favourite wasn’t all that fluent at the last couple of fences but this made little difference to the outcome as Shadow Rider finished seven lengths ahead of Joshua Webb without ever coming under strong pressure.

He looks a horse that could land a nice prize before the end of the season.

ON just his fifth outing since winning this race in 2020 the Sam Curling-trained Aloneamongmillions (4/6) struck again in the BoyleSports Tetratema Cup Hunters Chase.

The conditions made this extended three-mile affair an exacting assignment for the contestants but the sparingly campaigned nine-year-old was equal to the task at hand. The Tessa Foreman-owned gelding answered Pa King’s every call in the closing stages to hold off last year’s winner Solomn Grundy by a length and a half.

“It was tough conditions and a bit of a muddling race but he got the job done. He’s a very good horse but has had plenty of problems and hopefully he’ll be in one piece after that,” declared Curling. “He’ll probably go to Fairyhouse over Easter for the Joseph O’Reilly.”

The eagerly anticipated Doc’s Bumper Point-To-Point INH Flat Race, which has produced some top-notch horses over the years, played host to a commanding winner in Oliver McKiernan’s Kalanisi Star.

A £65,000 purchase after winning his second start between the flags in December, this five-year-old won well under Johnny Barry. He stormed clear of the 4/9 favourite Monbeg Park over the last couple of furlongs to win by 16 lengths. The winner looks a fine prospect and indications afterwards were that he is likely to be kept under wraps until next season. 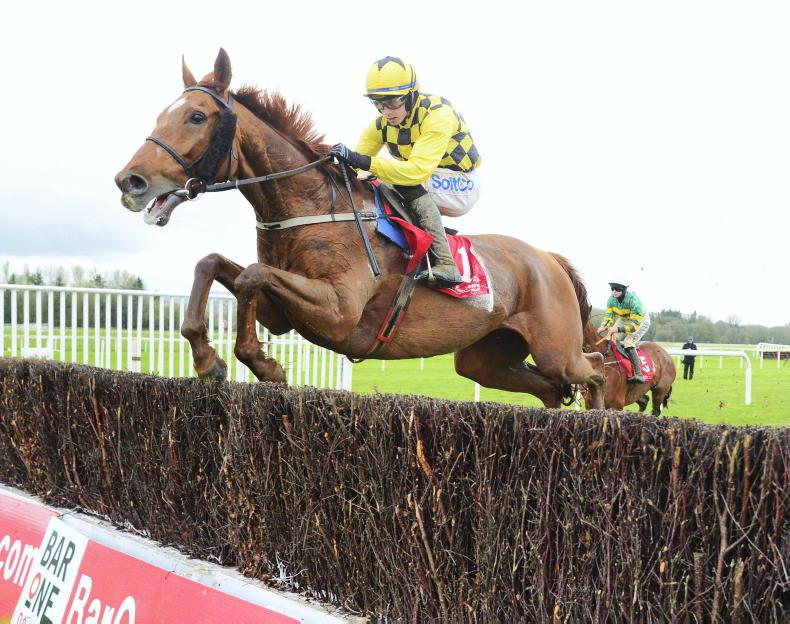 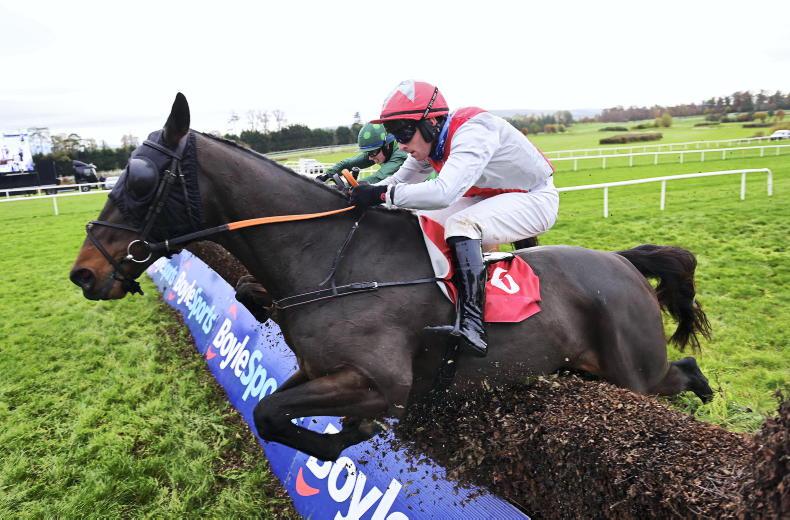 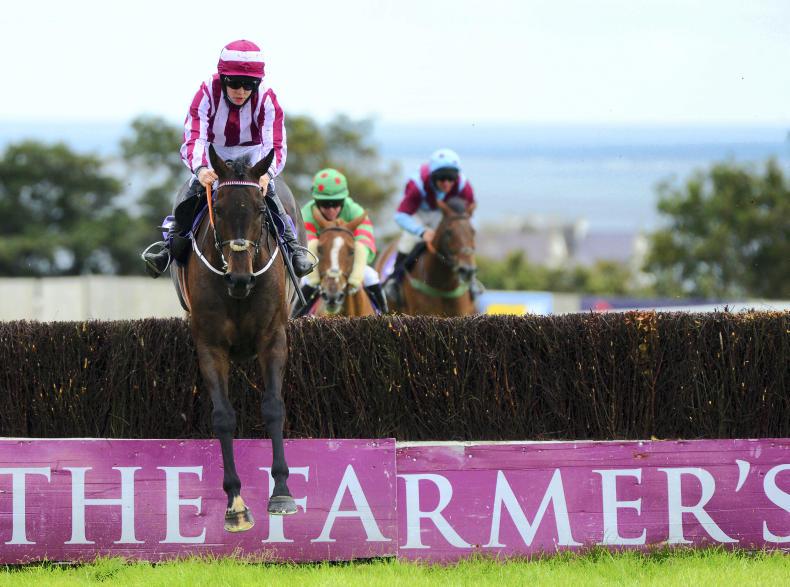 WEXFORD SATURDAY: Perfect return for Paloma
There was also a double on the card for local trainer Liz Doyle and northern trainer Sean McParlan made the journey to Wexford a worthwhile one 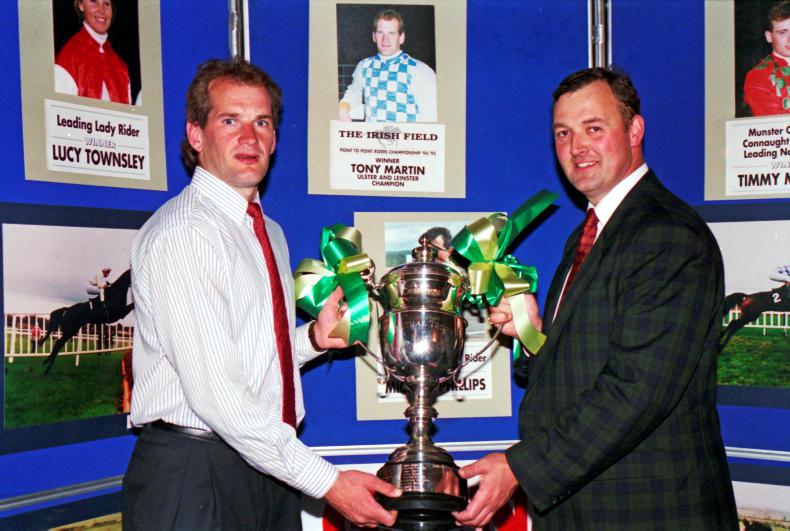 REMEMBER WHEN: Point-to-point champions
As we pass the traditional end of the point-to-point season, Anne Marie Duff looks back at some past champions from the last 25 years